From Collateral Damage to Human Shields: Why There Are So Many Casualties on the Palestinian Side

Last Thursday 15 Palestinians were killed, including women and children, and 200 were injured when a bombshell hit UNRWA school in Gaza Strip. The place was crowded by...

[vc_row][vc_column][vc_video link=”https://www.youtube.com/watch?v=Dg-5WVSARD4″ align=”center”][vc_column_text]Last Thursday 15 Palestinians were killed, including women and children, and 200 were injured when a bombshell hit UNRWA school in Gaza Strip. The place was crowded by Palestinian families evacuated from the war zones. IDF Spokesman said that the investigation revealed that fire was opened at IDF forces from within the school. IDF returned fire only when the school yard was empty. Therefore, it’s possible that the bombs fallen at the school were of Hamas. It should be noted that before the incident, there was an attempt by the IDF and NGO’S operating in the area, to evacuate the school, but it was too late.

The “cold” phrase “collateral damage” refers to the deaths of women and children not involved in combat as in the case above. In the eyes of Hamas “collateral damage” on the Palestinian side, is the image of a Palestinian victory. The formula is simple – the more Palestinians die, Israel would be condemned around the world and be perceived as conducted war crimes. This will increase the pressure on Israel so Hamas would achieve his goals – lifting the siege, without paying any significant prices: disarming (rockets and tunnels) and recognize the state of Israel’s right to exist.

Hamas, the terrorist organization that controls the Gaza Strip since it defeated Fatah in elections and expelled its members by killing about 500 of them, between the years 2006 and 2007, learned from Hezbollah how to achieve gains on the conflict against the “Zionist enemy”. Hamas has adopted Hezbollah modus operandi using civilians as “human shields”. Few years ago the IDF published how it looks in the Shiite village of Al-Khiyam in southern Lebanon. Hezbollah has placed the weapon depots dozen meters from schools in the crowded center of the village. Over the years, Hamas enjoyed wide assistance of training and consultancy from Hezbollah and applied the same methodology in Gaza. An underground, well concreted City was dug in Gaza, Where Hamas militants were hiding, while a single shelter was not built for the citizens. Gaza villages, as in Southern Lebanon, became military compounds including armories, headquarters, intelligence positions, rocket launching positions, etc. All these were spread throughout the village according to the terrain analysis: observation posts on high positions controlling the roads below, important assets such as command centers and weapons warehouses in the most crowded or sensitive sites such as hospitals, schools and mosques. During an escalation, rockets are being launched from the hidden positions that were dug in advance – within or under homes, schools, mosques and various religious centers. For example, the attached video shows rockets launched last week from the “Al-Noor” school in the Gaza Strip.

IDF activity  – between legal to legitimate

IDF, therefore, is familiar with this course of action of his enemies. Furthermore, before the moral aspect, IDF understands that High collateral damage is not within the interests of Israel, due to the danger it dispose of international pressure and isolation, in a way that will prevent Israel from achieving its goals. Therefore, Israel has no interest in harming innocent Palestinians.

What IDF is doing to avoid collateral damage? In order to answer the question, one should examine the international law. Well, according to the international law “collateral damage” is valid, as long as the target is a military target, with proven military use, and provided that the attack is proportionate. The IDF does not attack non-military targets, while maintaining an orderly process of approval, if necessary up to the level of chief of staff before attacking, to ensure the target’s legality. About the “proportional attack” – a term more elusive that means, in general, that the damage caused if the target won’t be attacked is greater than the damage caused by the attack. For example – if a launcher aimed at Tel Aviv won’t be attacked, dozens of Israelis may be killed; if it will be attacked dozens of Palestinian civilians may be killed because the launcher is placed inside a school.

What to do? Another condition of the international law might answer the question: the liability to effectively warn civilians from the attack, in a way that they will get the warning and will have enough time to escape. IDF devotes many resources in order to transfer warnings to Palestinians to leave their homes in areas where attacks are to be made (air, sea or land). The warnings are delivered by various means: media, leaflets levied by IAF planes, phone calls and mobile messaging. Another method developed by the IDF named “knock on the roof” which is aimed to warn civilians in a single building before the attack: IDF warns the residents and drops a bomb without explosives on the roof of the building; Once IDF traces the exodus of the residents from the building, it bombs the building and destroys it completely.

Bottom line: IDF is careful not to break the international law, though it is phrased in a way that enables extensive commentary and does not take into consideration the era of fighting a-symmetrical warfare of armies against terrorists who are ignoring the international law and hiding among civilians. But, in view of the high number of Palestinians killed in Gaza strip, IDF operations not always perceived legitimacy around the world, even if they are legal. The decision of the Human Rights Council of the United Nations to “dispatch an independent, international commission of inquiry to investigate all violations of international humanitarian law and international human rights law” in Gaza, already assumes that Israel has committed war crimes before the investigation has began. Establishment of such a commission, without mentioning the crimes of Hamas and the shooting it performs at civilian populations from populated areas, reflects the problem of the legitimacy of Israel. The Human Rights Council of the United Nations is perceived in the global public opinion as impartial, although it is dealing widely with the Israeli-Palestinian conflict out of proportion to human rights violations in other countries. Thus, bodies of this kind become a tool that indirectly serves the interests of Hamas and reinforce the use of “human shields” that revealed to be an effective tool to harm Israel’s position in the world.

How the parties protect their civilians?

As mentioned, in the present conflict between Israel and Hamas there are hundreds of civilian casualties within the Palestinians but almost non-civilian casualties in the Israeli side. If Israel doesn’t want to harm Palestinian civilians and Hamas actually does want to kill Israeli civilians how come the picture of casualties is contrary to the interests of the parties? First and foremost, there is a cultural aspect: education for sanctification of life contrary to education for martyrdom. Head of the military wing of Hamas, Ahmed al-Jaabri, who was killed by the IAF during the previous operation in 2012, put it well: “We will defeat you because you love life and we love death.” To complete the image of its victory, Hamas transmitter Photos of Israeli civilians taking cover, while rockets are launched from densely built-up area in Gaza towards Israel. That way the “collateral damage” becomes “human shields.” When the damage is not collateral, but deliberated by the Palestinians own leadership in Gaza strip.

Movements such as Hamas and Hezbollah are growing in populations in distress who feel that there is no one to look after them. Through the system of “Da’wa” these movements supply their citizens’ education medicine and social services, to gain their support and willingness to take part in the military effort and even self sacrifice. However, after the consolidation phase is over, these movements seek to perpetuate the lower status of their societies in order to continue upholding their deterministic religious ideology. Meaning, as long as citizens continue to live a life of misery, they will have nothing to lose by endangering their lives. But if the situation will improve, the people will be reluctant to risk their lives and it will be harder to mobilize them. This is how the mechanism of the “human shield” works – for many generations, people living without hope, feel they have nothing to lose by endangering and even scarifying their lives.

On the Israeli side, grew a developed and progressive society. Over the years, Israel has invested a great deal of money defending the home front: The rapid development of active defense system “Iron Dome” succeeded in intercepting 80-90% of rockets fired towards populated areas; Oblige the Israelis to build secure rooms in every house or apartment; Establishment of HFC containing information campaigns for citizens to protect themselves during rocket launchings; And install warning sirens to alert in communities where rockets are fired at.

On the other hand, Hamas leadership in Gaza failed to protect its civilians, neither shelters nor alert systems or sirens were installed in Gaza. Hamas didn’t explain its citizens how to protect themselves during an attack. On the contrary, due to the belief that the deaths of Palestinian civilians actually serves the interests of Hamas, citizens were called to remain “on rooftops” and die as “martyrs”. In some cases Hamas used methods of violence and intimidation to prevent residents from leaving their homes according to the warnings of Israel.

The same way acted Hezbollah in the Second Lebanon war in 2006. However, after the war Hezbollah understood the dual power of using civilians as “human shields”. On the one hand, it can lead to significant achievements in the political sphere. But On the other hand, Hezbollah was severely criticized inside Lebanon for dragging it into this dangerous adventure. Since the war, local councils in the villages in South Lebanon have taken protective steps to prepare for the day of battle. At the same time, it is unlikely that Hezbollah will prevent forcefully the escape of residents, because it understands the implications of that on its status inside Lebanon (as that it is already facing difficulties in light of his involvement in the civil war in Syria). Nevertheless, the reality in South Lebanon after 2006 brought Hezbollah to transfer the bulk of its military assets into the villages, where UNIFIL can’t enter and IDF find it difficult to attack legally. All this creates a balance of deterrence now lasting for eight years, Hezbollah avoiding confrontation with Israel, understanding the price of a widespread conflict. The organization holds wide rocket abilities (about 40 thousand rockets in UNIFIL area of operation) hidden in the villages within or under civilian structures, but it is very careful in using these capabilities.

Perhaps, in the end of the current conflict in Gaza, Hamas would reach the same point. Although still holding military capabilities such as tunnels and rockets, it will not rush to use them against Israel, due to its awareness to the internal cost it may pay – losing support from the Palestinian population in the Gaza Strip. 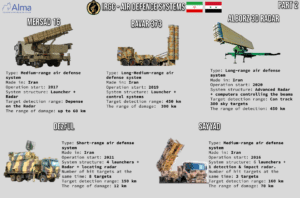