Tonight, Lebanese media reported on another Israeli air force attack in Syria, against arms factory near the city Homs 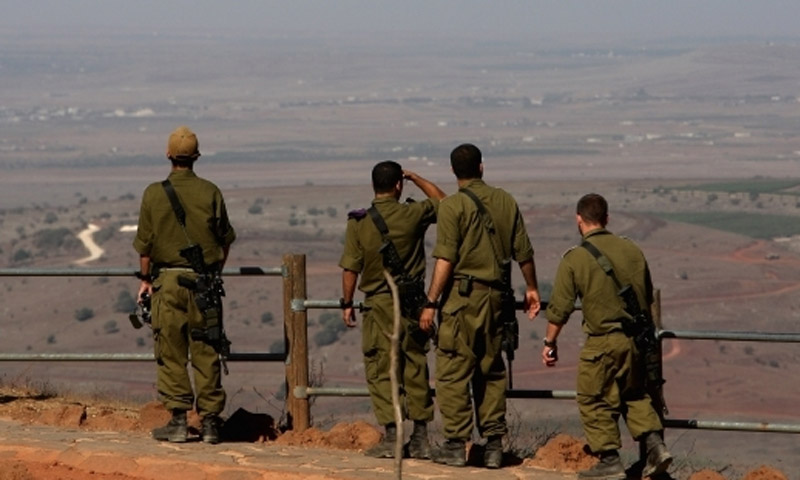 [vc_row][vc_column][vc_column_text]Tonight, Lebanese media reported on another Israeli air force attack in Syria, against arms factory near the city Homs. Hizbollah affiliated Al-Mayadeen television network added that Syrian anti-aircraft systems responded. The war over the Syrian south is reaching a boiling point and this reported attack occurred while president Putin is visiting Iran.

The morning of October 16th also witnessed such a rise in escalation between Israel and Syria, yet of a new kind. This time, however, the incentive for the escalation was not a spillover of mortar shells into the Israeli Golan Heights, but a deliberate attack conducted by the Syrian regime against Israeli fighter planes in the Lebanese territory. As Israeli fighter planes were cruising for intelligence purposes near the Syrian border in the Ba’albak region over Lebanese territory, they were attacked by Syrian anti-aircraft missiles. The Israeli Air Force responded immediately, destroying the SA-5 missile battery targeting the Israeli jets and which belonged to the Assad regime’s “Squad 16” – operating east of Damascus.

During the past weeks, the Assad regime has been launching attacks on the towns in Quneitra and the Jabal Al Sheikh region, under opposition control. The main towns in question are Jabatah Al Khashab, Beit Jan and Mazraat Beit Jan. Escalations in the field always come with the threat of a spillover of mortar shells into Israeli territory. Israel has continuously warned the Syrian regime that any attack on Israel’s sovereignty is its responsibility, while failing to prevent attacks will incur immediate retaliation – as Israel had done in previous occasions.

On October 19thasa mortar shell struck an open space in the northern Israeli Golan, Israel responded immediately to the attacks by targeting military bases south of the town of Harfa; the base is home to “Squad 4” which includes Syrian regime soldiers and Hizbollah combatants. On October 21st; merely two days later; five missiles were launched into Israeli territory, and four landed in open spaces located in the Israeli Golan Heights. Once again, Israel retaliated immediately, targeting military bases north of Quneitra. Media outlets in Syria affiliated with the regime, presented the Syrian attack against Israel in Lebanese territory as a clear message i.e. We will not allow Israel to do what it pleases in the region; gathering intelligence of military bases in Lebanon and Syria with no repercussions. From the Israeli viewpoint, this statement strengthened the evaluation that there is actually a combined military front on its northern borders.

On October 18th, the Iranian military Chief of Staff, Muhammad Bagheri, visited Damascus. During his visit, Bagheri warned Israel that it is unacceptable for Israel to enter or attack into Syrian sovereignty whenever it pleases. Moreover, he stated that he is in Damascus to assure the regime of the joint-cooperation in facing Syria’s and Iran’s common enemies.As for the two incidents on October 19th and October 21st; the Syrian regime claims that the attacks were conducted by the Syrian opposition, to provoke Israeli retaliation against the regime’s bases in Quneitra.

Israel, on the other hand, believes that at least the strike on October 21st was deliberate. The Israelis are confident that the attacks were not random acts, but were conducted to test Israel’s resolve and mode of retaliation. Furthermore, as of now, there is no evidence of clashes taking place between the Assad regime and opposition forces during that time. The Israeli side responded to these events by easing tensions, yet remaining firm in their stance. Israeli Prime Minister Netanyahu, Minister of Intelligence Services, Yisrael Katz and Minister of Defense, Avigdor Lieberman all assured that Israel reacted solely with the purpose of maintaining Israel’s security and will continue to do so. They further clarified that any future attacks against Israel would be responded to accordingly. Nonetheless, Israel is not interested in escalations. The Israeli Army Spokesperson, Brig. General Avichay Adrei commented that as far as Israel is concerned, the incident was over, but will remain vigilant of any further threats to Israeli security. Despite Israeli attempts at easing the tensions, Defense Minister Avigdor Lieberman stated on October 23rd, that the four missiles that hit Israeli territory on October 21stwere launched deliberately. This is certainly a reasonable assumption in light of the statements made by the Iranian Chief of Staff on October 18th. The Israeli Defense Minister also claimed the attack was conducted by Hizbollah in conjunction with Iran, and behind Assad’s back.

The Israeli Army Spokesperson commented on the issue declaring Israel is not aware of any perpetrated attack behind Assad’s back. With all the different scenarios at hand, it is unlikely that the two attacks on October 19th and October 21st were not coordinated by the Syrian regime.

The attack on October 16th was an unprecedented event. Targeting Israeli fighter planes over Lebanese territory indicates a new level of cooperation between Hizbollah and Syria. These two sides then proceeded to ignite the two strikes on the Israeli Golan Heights in retaliation for the Israeli attack and as a test-case for assessing the Israeli response.

This improved cooperation between Hezbollah and Syria, as well as the Iranian presence in Syria, clearly demonstrates a strengthening alliance in the region. These developments, along with statements by the Iranian military Chief of Staff, reflect a new era for Israel regarding security on the Syrian border: Israel has managed to maintain relative stability on this border in recent years, despite the war being waged on the other side, using a combination of deterrent effects and humanitarian aid. Now that a demilitarized zone has been established under Russian supervision and the Russian military have even deployed a few miles from the border, alongside a combined Iranian and Hizbollah presence – it seems that the Shiite axis is trying to formulate new rules of engagement against Israel. For its part, Israel will have to find a new way to maintain stability in this most unstable neighborhood and to formulate a new security policy vis-a-vis the changing reality on the border.