Are Lebanese Shiites starting to doubt Hezbollah? We are not so sure . . . 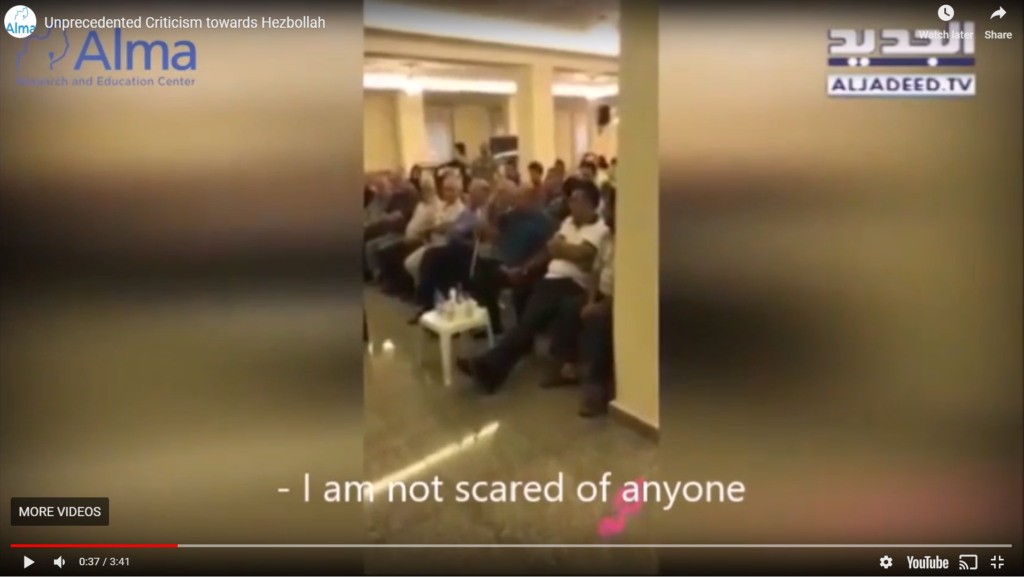 The Washington Institute (TWI) research has found through public opinion polls that there is a rise in criticism among Lebanese Shiites regarding Hezbollah. The poll states that only a third of the Shiite population in Lebanon is in favor of an active Hezbollah confrontation with Israel. The study also shows that despite the high percentage of Shiites who voice a “very positive” view of Hezbollah (77%), the numbers nonetheless dropped from 83%.

These numbers do not precisely show dissatisfaction with Hezbollah or a fall in popularity but tell a slightly different story. The Shiite population, majority of which lives in south Lebanon, do not seek a direct confrontation with Israel, but this does not mean they stopped supporting Hezbollah’s defensive deterrence approach against Israel. The Shiite population experienced firsthand there percussions of active resistance to Hezbollah and do not want their communities destroyed for the sake of this resistance but prefer defensive deterrence which Hezbollah has presented in the past 12 years.

Despite the drop in numbers in “satisfaction” with Hezbollah, these numbers do not reflect drop in popularity, but a rise in expectations. Now that Hezbollah has presented itself as an inseparable part of the Lebanese political arena, the population now expects Hezbollah to address the population’s grievances, particularly the population of the south. (Attached is a video exemplifying the new expectations of the population from Hezbollah).

These numbers do not indicate drop in Hezbollah’s popularity nor they are signs of increasing doubts about Hezbollah but present a change in the population’s perception of what Hezbollah is; not merely a militant group, but a governmental representative that is required to address the issues of those who supportedand elected it.

This way or another, these facts did not lead the people of south Lebanon to take Hezbollah missiles out of their homes. When This will happen, it will be a clear indication of a drop in the support for Hezbollah.