Khamenei: “Daraa and the Syrian south in the focus of Iran’s attention” 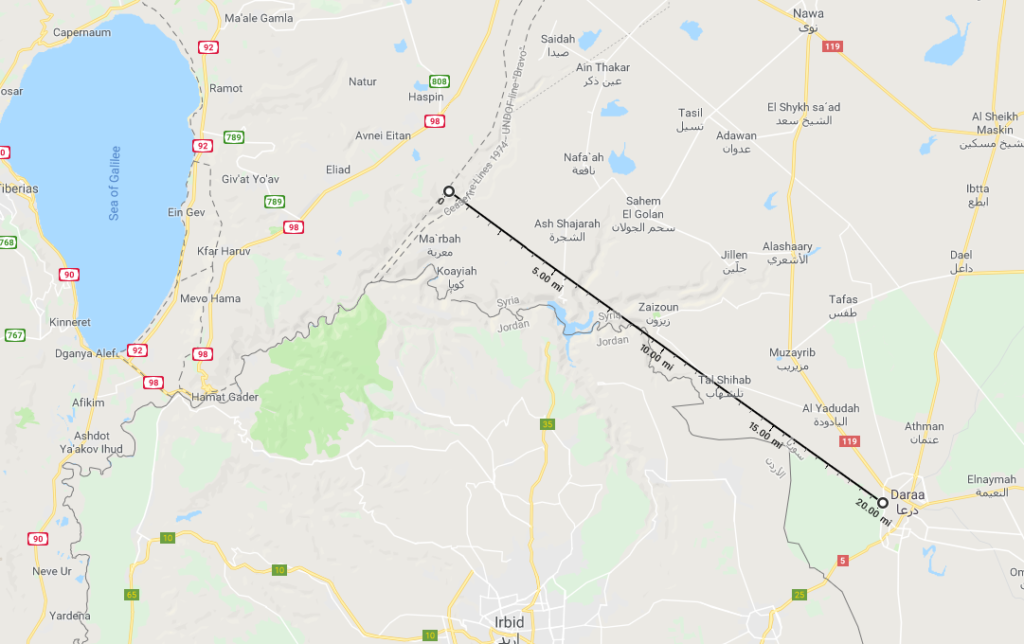 The Iranian Regime is increasing its influence in Daraa province in southern Syria; across from the Israeli border.

During an Iranian delegation’s visit to Daraa last month, Abu Al Fadel Al tabtabaay; a representative of the supreme leader in Iran: “Khamenei personally interested in the affairs of the civilians of Daraa”. Moreover, he stressed that Iran would carry out infrastructure projects, as well as reconstruction and strengthen of the local community (reaported on alkhaleejonline.net).

Reports have already suggested that Hezbollah is recruiting and training locals in Daraa, and it seems that the Iranians are increasing the pace of their infiltration to the Syrian society. The Iranian delegation to Daraa called not to listen to the “Israeli media’s incitements”, against what is known as the Shiite Axis. The Iranian regime is clearly aiming to spread its radical ideology in the province near the Israeli border, and extending its Shiite axis. Yet, Iran will have to put increased efforts to”Shi’iize” south west Syria, since most of the population there is Sunni.