Trump: “Iran can do what it wants in Syria” 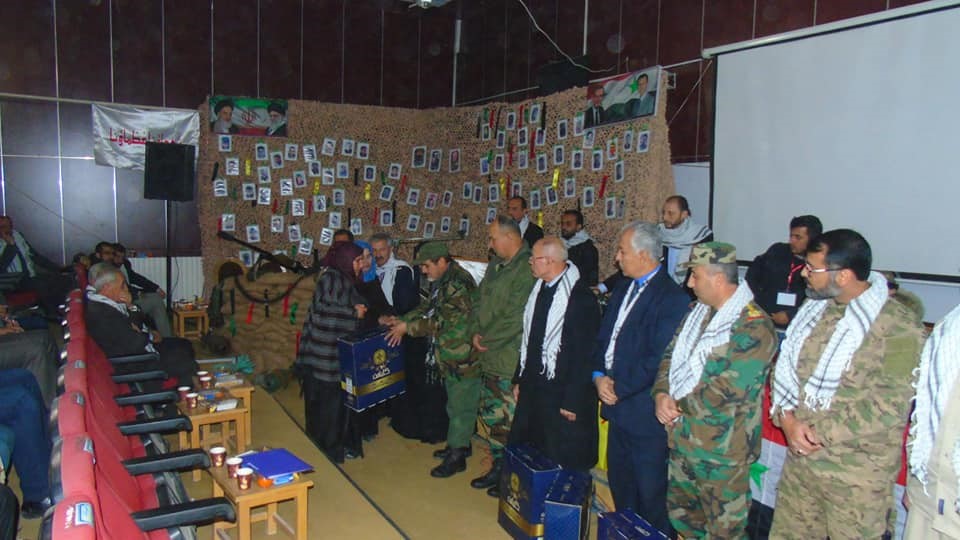 Trump was quoted last night saying: “Iran can do what it wants in Syria”. Here is one example of how it is doing so:

The ‘Iranian Cultural Center’ in the city of Dir a-Zour hosted a ceremony in honor of the families of Syrians who were killed while serving for the Iranian militias in Syria. First, this proves that Iran is actively recruiting Syrians into its own militias in Syria. Moreover, this way Iran is setting up a “grass roots” approach to strengthen its relationship with the Syrian civilians and extend its influence in Syria beyond the political or military alliance with the Syrian government.

By honoring the families of the Syrians who died fighting for the Iranian militias, Iran shows to the Syrians that they are not treated as mere mercenaries, but as heroes. By doing so it is increasing the support for the Iranian intervention in Syria. It also take advantage of the Palestinian cause to further increase support, by placing a Palestinian flag on the wall in the ceremony, near the Iranian flag and pictures of the Islamic Revolution supreme leaders Khomeini and Khamenei. The Palestinian case is widely popular among Arab Sunni and Shiites alike, and could be used as a bridge to connect to the Syrian Sunni population as well. By establishing this type of relationship with the Syrian civilians, Iran can then slowly indoctrinate its Islamic Revolution radical ideologies into the Syrian population and recruit Syrians to fight for the Iranian interests and agendas.