Hezbollah on the Golan Heights border 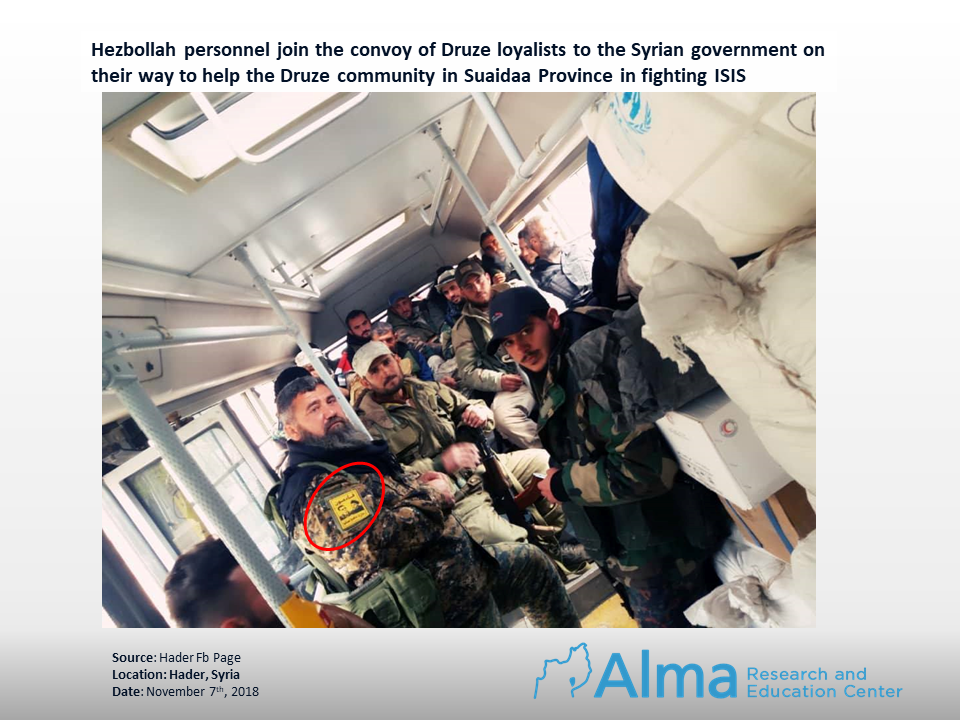 [vc_row][vc_column][vc_column_text]This morning, the IDF revealed a new Hezbollah terror cell on the Syrian side of the Golan Heights. According to the IDF, during the summer of 2018 (June-July) there was a shift in the activities of Hezbollah in the Golan Heights. In consequent, Hezbollah began to establish the Golan terror network as the leadership of the Shi’ite Axis decided to attempt to re-establish a covert unit, with greater operational capabilities than its predecessors, which will be able to operate against Israel if ordered.
After winning the Syrian opposition which controlled most of the Israeli-Syrian border line in past few years, Hezbollah could shift its focus on re-building its military deployment next to the Israeli border, after it was destroyed several times in the past – according to Syrian sources – by the IDF.

The presence of Hezbollah in the Syrian southwest, and its attempt to strengthen ties with the population and establish a military stronghold based on local Syrians, was indicated few times last fall. Hezbollah combatants themselves published visuals of their activity in the civil war in south west Syria. In one of the visuals a Syrian commander thanked his Hezbollah counterpart for the professional training the Hezbollah unit provided the Syrian soldiers in Dara’a, only 20 miles (33 KM) from the Israeli border:

For more information about the implications of this development to Israel’s security, listen to our CEO, Sarit Zehavi interview to The Israel Project: