Following up on Syria since the trilateral meeting 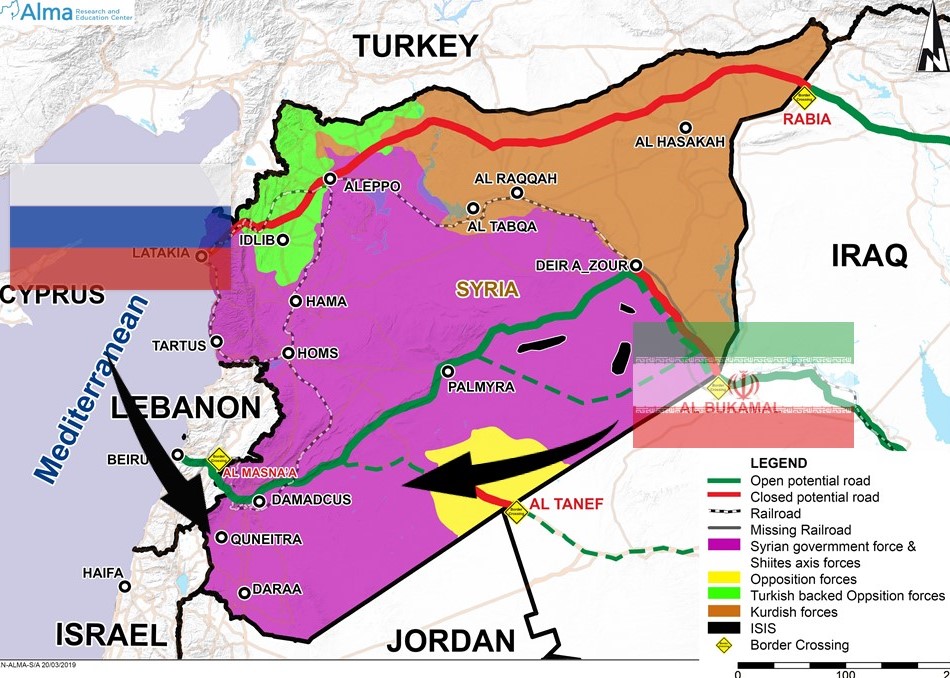 [vc_row][vc_column][vc_column_text]Reports from Syria in the past week suggest that the rift between Russia and Iran is increasing inside Syria. Russia has formed local forces in the Quneitra province, and what seems to be the popular opinion is that it is the outcome of the latest US-Russian-Israeli trilateral meeting of National Security Advisers (NSA) on June 25th, 2019.

The reports from Syria suggest that the Russian initiative is meant to prevent Iranian and Hezbollah expansion in the area near the Israeli border. These reports surfaced immediately after the trilateral meeting. It suggests that there is growing discontent between Russia and Iran in Deir al-Zour and Aleppo, and even in the battles against the rebels of northern Syria in Idlib, which the Iranians were relatively absent from compared to previous battles. This may indicate cracks in the relations between the two parties.

Nevertheless, the Russian news outlet RT, states that despite the overall positive tone of the trilateral NSA meeting, there was still a visible disagreement, particularly concerning the Iranian intervention in Syria and the Middle East. The Russian Advisor Patrushev was particularly critical of the Israeli strikes targeting the Syrian territory, which Israel views as essential to counter the Iranian threat.

The Russian priority is first and foremost, Russian interests. Despite the fact that the latest Russian actions present an image of cooperation with Israel, the clashes between Russia and Iran in the Syrian southwest precede the trilateral meeting in the race for investment in Syria. On one occasion, an Iranian convoy was prevented from entering the Quneitra province by the Russian military police stationed in the region. On another, a dispute was reported over the control of the Al-Harah hill; the highest point in the Syrian southwest overlooking the Israeli Golan. For more details on the aforementioned incidents: http://bit.ly/2MDMW4V_Alma.

Therefore, the Russian support of Israeli interests occurs only when it serves Russian interests. Then, Russia definitely takes advantage of its clashes with Iran and presents them to Israel and the USA as its cooperation in maintaining stability in Syria, and itself as a “stabilizing” force in the region.[/vc_column_text][/vc_column][/vc_row]