Who really stole the Lebanese money? 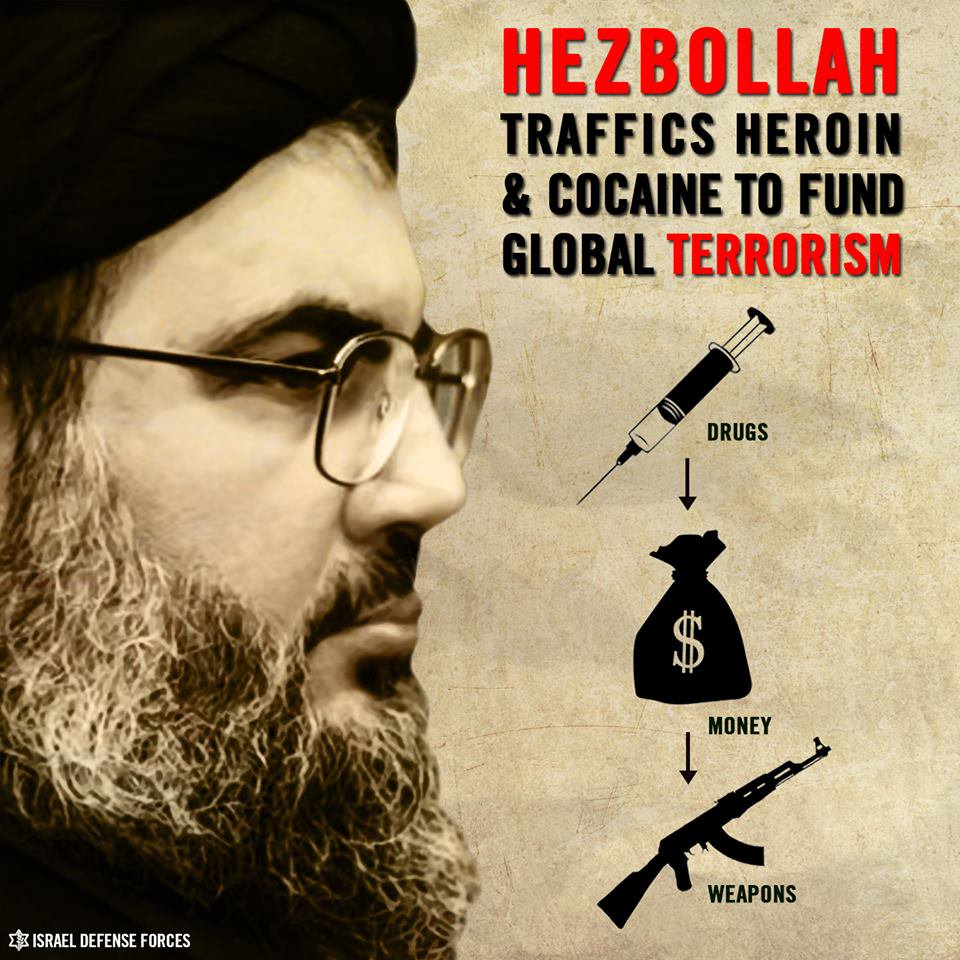 Speaking at a rally on the 10th day of Ashura’a (September 10) held in a southern suburb of Beirut, Hezbollah leader Hassan Nasrallah addressed the deteriorating economic situation in Lebanon: “We support any discussion of the economic crisis, with the main principle not to hurt the indigent,” Nasrallah added that it was of utmost importance to stop the economic wastage and return the funds from ‘the big rich’ who have lined their pockets with stolen Lebanese money.”

Lebanon is in a state of continuing economic crisis, which has been exacerbated by the effects of Syria’s war. At the same time, we are also witnessing Hezbollah face significant financial difficulties, which is causing it to seek out new revenue streams, particularly in the illegal narcotics trade worldwide.

But who really stole the Lebanese money? Are there thieves the ‘big rich’ as Nasrallah claims in his speech?

In the “Baqa” region, the eastern part of Lebanon bordering Syria, Hezbollah develops and cultivates vast Cannabis fields, which forms the basis of the organization’s extensive drug industry.

Instead of allowing Lebanese farmers to cultivate regular agriculture which will contribute to the Lebanese economy (both for domestic consumption and export), Hezbollah is increasingly concerning itself with agriculture that really is “drug farming”. There is only one purpose of this type of agriculture, that being to serve Hezbollah’s own interest and increase the organization’s revenues.

Hezbollah, as a terrorist organization, exploits its criminal infrastructure and platform to the fullest extent as a front for its terrorist activities, while Nasrallah continues to spread disinformation, including repeated messages as to what extent Hezbollah is working in the interests of the Lebanese people as a whole.

The reality, however, is far different – and it has recently emerged that Hezbollah’s drug activity has also taken victims from the organization in an incident between Syrian forces defending their homeland and Hezbollah in the area of the Kalamon ranges, not far from the Lebanese border.

According to the Haleb Al Yom website, clashes between Hezbollah and the Syrian Homeland Defense Forces were reported on September 4 due to Hezbollah’s recent demand for a higher percentage of earnings from the drug businesses it is rolling out in the region.

As recently as July 2019, the Step Noz website reported on clashes between Hezbollah squads and the Shahid Samir Rahal militia belonging to the Syrian defense forces in this area. On the basis of social media information, it appears that a senior official from the Shahid Samir Rahal militia named Ahmed Rathab Alankshi demanded to raise drug delivery charges to the Syrian-Lebanon border controlled by the Syrian-Lebanon border, leading to various light and medium-scale conflicts between the two groups. Alnakshi was wounded in the clashes and it is estimated that 7 Hezbollah operatives were killed, including a senior operative named Hassan Marjeon.

The local incident described above is another indication, one of many, of the increasingly well-known and widespread phenomenon of Hezbollah-sponsored drug trafficking and trafficking as a major tool for increasing the terror organization’s revenue and funding.

Today, we are witnessing wide scale protests and demonstrations across Lebanon against the governmental corruption and the staggering economy. Hezbollah is one of the key factors in the situation of the Lebanese state and this article briefly sheds light on how Hezbollah contributes to the corruption and economic collapse in the context of drug trafficking.