Abu Bakr al Baghdadi – “The Elimination of the common denominator” 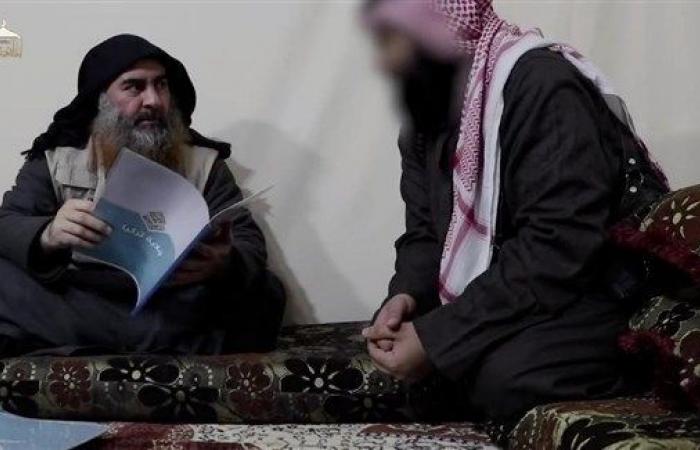 [vc_row][vc_column][vc_column_text]Since its founding, ISIS and its leader, Abu Bakr al Baghdadi were the enemy and threat to all players in the Middle East and to all those with an interest in the Middle East. From Israel and Iran, from Russia to Syria, from Hezbollah to the SDF (the Kurdish military force) and from the United States to Turkey – the prospect of Baghdadi’s death was in fact the common denominator for all these actors.

Over the past few years, Baghdadi had been the target of a vast intelligence and operational pursuit, with the sole objective of tracking him down and eliminating him. A pursuit that ended this week.

US Special Forces caught up with ISIS leader Baghdadi and eliminated him in the village of Barisha, a village located in the Idlib province of northern Syria. Idlib province is the last Syrian province still under rebel control and has been under Turkish patronage for about a year. Abu Hassan al-Magyar, al-Baghdadi’s personal assistant and ISIS spokesperson, was targeted and eliminated a few hours later.

Ironically, two of the mentioned players are bitter enemies, but both had cooperated with the Americans in reaching the common goal of eliminating al-Baghdadi: The first player, the Kurds, whose commander Mazal Abdi (Commander of the Syrian Democratic Forces (SDF)), issued a statement saying, that it was “a successful historic operation as a result of joint intelligence work with Washington.” The second player, Turkey, whose defense ministry had issued a statement stating: “We collaborated and coordinated information in the operation with the United States.”

Apparently, “Success has many fathers, while failure is an orphan…”[/vc_column_text][/vc_column][/vc_row][vc_row][vc_column][vc_column_text]The apparent involvement of the Turks and the Kurds in the targeted elimination campaign seems natural, given the geographical location of Al Baghdadi. However, one cannot ignore several questions that remain open at this stage: Does a connection exist between the death of Baghdadi and Turkey’s invasion of northern Syria?

Was the timing of the elimination, i.e., immediately after the US withdrawal from northern Syria accidental? Was there a “behind the scenes” deal between the Turks and the United States regarding the recent Turkish military operation in northern Syria? Did the Turks receive a green light from the Americans to invade Syria in return for their assistance in locating and eliminating Al Baghdadi?

As for the Kurds, were they provided with assurances that the US forces would return to the Al-Raka region (an event which actually occurred), in eastern Syria in order to secure the oil fields held by them and thus constituting a major source of economic income for them?

This concept is implicit by recent publications regarding the returning of US forces to the military bases they abandoned in other Kurdish areas.

The elimination of Al Baghdadi will not eliminate ISIS. Eliminating the leader and even one as charismatic, authoritative and dominant as Al-Baghdadi will not eradicate the ideology behind ISIS. In response to the targeted elimination, social networks are stating; “Jihad is not based on humans but on faith.” (The Meir Amit Intelligence and Terrorism Information Center Review 10/31/2019)

“The Islamic State remains a danger and will continue to harass and punish the unbelievers … even if al-Baghdadi is killed, ISIS will continue to exist and not disappear…” (Telegram – 10/27/19 – From  The Meir Amit Intelligence and Terrorism Information Center Review, 10/31/19).

Quite a few of the organization’s combatants who originated from Western countries (Europe, Australia, etc.) will try to return with their families to their countries of origin following the death of Al Baghdadi. If successful – it will require those countries to invest security resources into the detection of terrorist intentions among former activists, in addition to the allocation of educational resources, amongst the children of activists, who have undergone extreme Islamic brainwashing.

ISIS’s biggest challenge after al-Baghdadi’s elimination is to demonstrate and carry out operational continuity. Consequently, ISIS promptly publicized the appointment of Al Baghdadi’s replacement by announcing his name several days after the elimination: “Abu Ibrahim al-Hashmi Al Qurayshi “, (this name may not be his authentic name, but an organizational nickname, hence ISIS maintains the security of the new leader).

The threat that ISIS will continue to engage the world’s attention, in the near and distant future is genuine. As of now, we are witnessing on-line videos in which ISIS activists in various regions (ISIS-Sinai / ISIS Bengal activists and others), are pledging their allegiance to their new leader.

In addition to the above, the organization’s terrorist and guerrilla activities are communicating “business as usual”, in various arenas such as eastern Syria, the Sinai Peninsula (Egypt) and more.