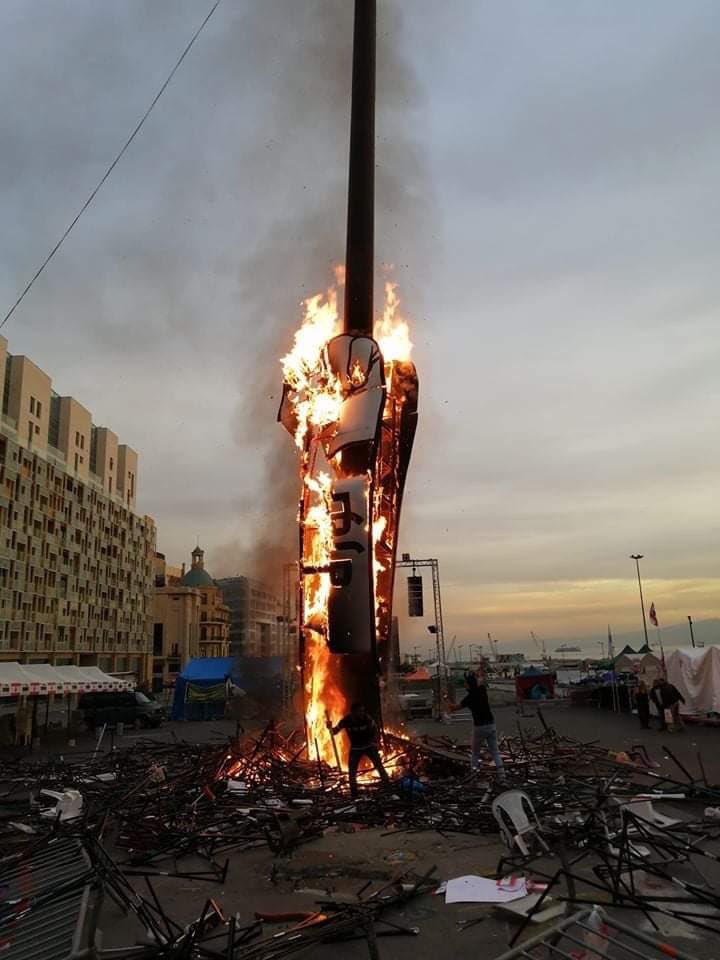 Over the past two weeks, Hezbollah’s policy toward the protests and protesters in Lebanon appears to have changed.

Hezbollah is sending more and more of its activists and personnel into the street to confront the protesters and carrying out violent activities against them.

We have witnessed quite a few incidents where Hezbollah activists attacked protesters attempting to disperse them with brute violence. These incidents have also spread to Beirut and cities such as Tire, where Hezbollah supporters actually endangered lives by burning protesters tents.

In addition, a large group of Hezbollah supporters gathered near the ring bridge in Beirut and began calls for the reoccurrence of “May 7” events;

On May 7, 2008, the Lebanese government led by Prime Minister Fouad Siniora reached two resolutions against Hezbollah regarding the independent infrastructures the organization established in Lebanon.

These government resolutions, aimed at neutralizing Hezbollah’s independent activity in Lebanon, led Hezbollah to embark on a violent struggle involving the use of weapons, causing dozens of deaths.

The incident described is well remembered in Lebanon as a severe incident in which Hezbollah forcibly, with the use of weapons against Lebanese civilians, forced the government to change its decisions…

Clearly, Hezbollah is implying to both the citizens and the political system in Lebanon that it will not allow the current situation to continue over time…

We estimate that Hezbollah is also considering “taking it to the next level” and in turn redirecting the attention to the Lebanese “true enemy” – and possibly initiating military action against Israel.