The rescue of Amer Al-Fakhoury – Can it be a case study for U.S. influence in Lebanon? 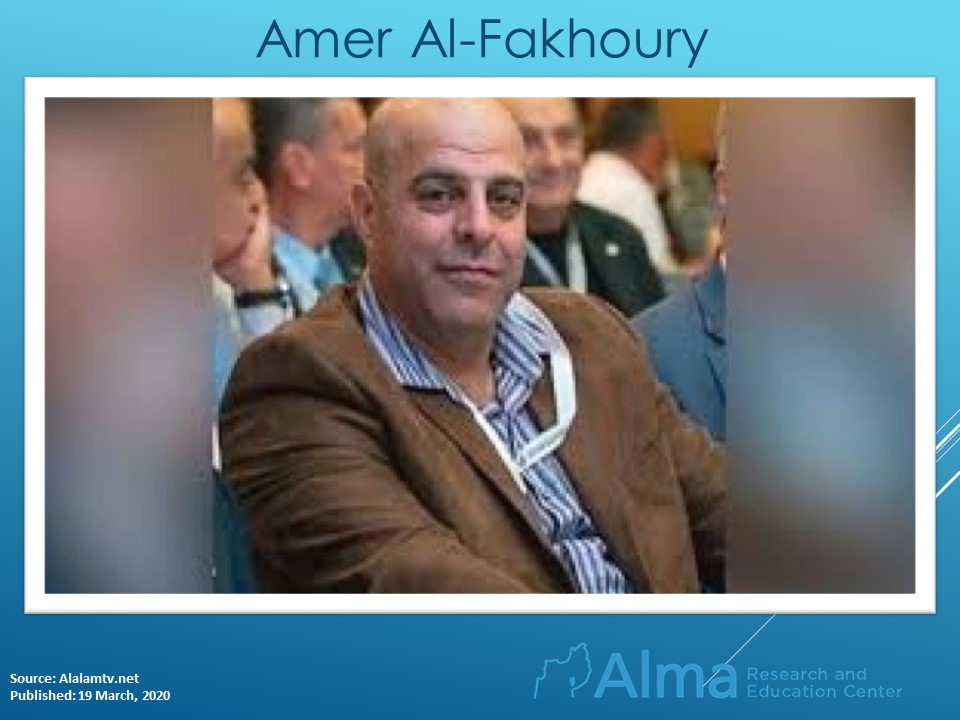 Amer Al-Fakhoury was the commander of the Al-Khiyam Prison as part of the Southern Lebanese Army (SLA) during Israel’s presence in south Lebanon. He was charged with torturing Hezbollah and Amal Lebanese activists causing their deaths. Upon his return to Lebanon last September he was brought to trial. He was acquitted of all charges due to the “statute of limitations” and due to American pressure, apparently, all charges against him were canceled and he was released. After his release, the Americans rescued him from the U.S. Embassy in Beirut in a helicopter.

This event is not as negligible as it seems. It may reflect the American levers of influence in Lebanon and may be a case study worth further examination. So much so, that there are those in Lebanon who think that the extraction of Al-Fakhoury, who is also a US citizen, from the US embassy in Lebanon, was in coordination with Hezbollah. The event drew a lot of criticism on the Lebanese government, Hezbollah and, of course, the United States. The Lebanese saw the event as a total violation of Lebanese sovereignty.

Hezbollah reporter in southern Lebanon, Ali Sha’ib, re-tweeted a caricature showing the US helicopter that rescued Al-Fakhoury also taking the Lebanese cedar tree with it (the Lebanese national tree painted on the state flag). Following the events, the president of the Lebanese military court, who acquitted Al-Fakhoury, announced his resignation.

In Lebanon, there were reports of high-level US officials being involved in the release, according to which U.S. National Security Adviser Robert O’Brien spoke to President Aoun on the issue. In addition, efforts to release Al-Fakhoury also involved the State Department and Secretary of State Mike Pompeo. At the same time, reports have surfaced that US officials threatened that if Al-Fakhoury were not released, sanctions would be imposed on Lebanon, as Al-Fakhoury has US citizenship.

The “Lebanon 24” published an article stating that the military court’s decision to release Al-Fakhoury has caused many people to violate the ban on gatherings and demonstrations. People took to the streets blocking roads and burning tires. The International Commission Identifying with Prisoners in Israeli Occupation Prisons also condemned, in a statement issued, the release of Amer Al-Fakhoury, describing the act as “smuggling” and called for international proceedings against him. The commission also stated that “his smuggling was carried out in accordance with the instructions of the US government.

The blatant U.S. involvement in this event proves that despite Hezbollah’s consistent takeover of Lebanon and Hezbollah’s almost complete control of the Lebanese government, the United States still has leverage on the Lebanese and if wanted it could use this leverage effectively. The question that remains open is whether the United States can use the same advantage on strategic issues such as limiting Hezbollah’s power in Lebanon as it is arming itself with missiles that jeopardize Israel’s security and the stability in the Middle East in general?

Are Lebanese government officials willing to take a risk in a possible confrontation with Hezbollah and cooperate with the United States as on the Al-Fakhoury issue? will they be willing and ready to cooperate directly against Hezbollah to neutralize its power?