The Russian International Affairs Council – RIAC (an official research institute operating under the sponsorship and the support of the Russian government), stressed in a recent report that Russia is more than ever ready to oust Bashar Al- Assad from power and reach a ceasefire and permanent solution in the country. The report estimates that there is a Turkish-American-Russian-Iranian agreement to oust Bashar Al-Assad from power. According to the council’s report, Assad would be ousted, parallel to the establishment of a transitional government that includes the opposition and the Kurds. Amid the Russian media attack against Bashar Al-Assad, his regime, and the state of mind supporting his ousting from the presidency, the anti-regime website “Al-Quneitra Voice” posted a caricature featuring Donald Trump and Vladimir Putin. In the caricature, Putin is carrying a coffin with the writing “Bashar Al- Assad” on it while Trump is asking him: “Aren’t you tired of carrying this dead man on your back?”

The purpose of the Russian publications is to exert conscious pressure on President Assad, most likely against the backdrop of economic interests related to the impact on the reconstruction processes in Syria and the Russian competition with the Iranians. 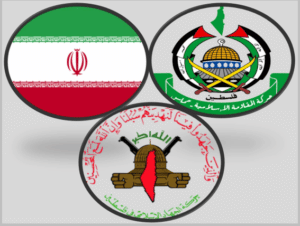