Syrian T-72s and Russian Military Police on the way to Daraa! 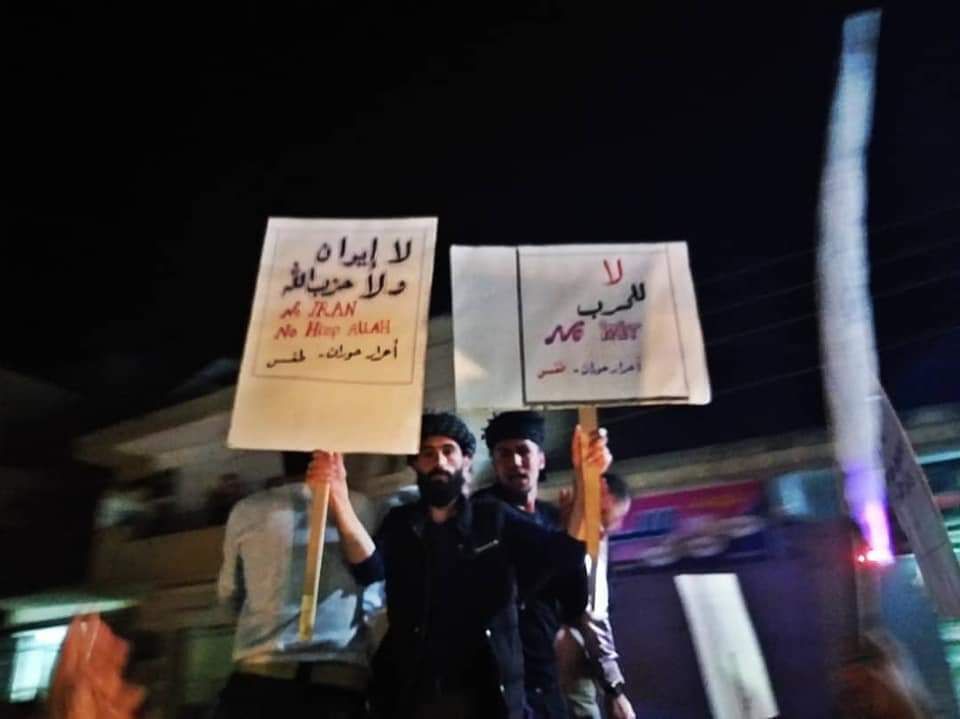 Instability in the province has been reflected over the past two weeks in two key aspects: The first is the outbreak of many demonstrations against the Syrian regime, Iran and the presence of militants and Hezbollah in the region, as the city of Tafas (10 km north of the city of Daraa) is the focus of these demonstrations. At the same time, demonstrations were organized in six other localities in the province: El Karak, Tal Shehab, Hayt, Jillen, Al-Shajara and Saham al-Jawlan.

The demonstrations and residents’ agitation are partly due to Iran’s attempts to take control of the local mosques and to bias the Imams and preachers in its favor. Iran’s attempts to take over the mosques began after the Syrian regime takeover of the region in late 2018. Iranian envoys have asked preachers at mosques in the Daraa province to discuss the Shiite practice and to consolidate between the Sunni and Shiite stances, in a move designed to persuade the public towards the Iranian plan in the region.

Iran’s efforts of Shi’itezation are not limited to mosques; they include all aspects of life in southern Syria. For example, this is portrayed in the nomination of candidates for the Daraa County Executive Bureau and several district councils. Iran has also been able to recruit hundreds of people into the Shiite militias and get closer to some through the establishment of relief organizations. The second aspect of instability is the continued assassination of regime-affiliated people, including the elimination of Syrian army soldiers in broad daylight. For which ISIS in the Kuran Province took responsibility as part of the campaign they called “The Attrition War”.

Amid the demonstrations and assassinations of regime personnel, on May 14 military reinforcements were observed advancing into the area. Among other things, observations identified a convoy of tank carriers carrying 57 tanks, including T-72’s among the reinforcements.

On May 15, a meeting was held between representatives of the central committees of the residents of Daraa and the Russian mediators led by the Russian forces commander in southern Syria. The meeting focused on the current situation in the south mainly in light of the concentration of Syrian military forces and Shiite militias. The Russian side emphasized that it is working seriously to prevent any clashes or military action in the region. At the meeting, it was agreed, among other things, to conduct Russian military police patrols throughout the Daraa district, especially in the western region in order to reduce the deployment of Syrian military forces. The committee would also forward the Russians names of homeowners, farms and facilities where Syrian military forces deployed for the return to their rightful owners.

So far, it seems that negotiations between the regime and the residents are unsuccessful. In light of this, violent clashes between the Syrian army and armed residents may erupt.