Whats next for The UNIFIL Mandate? 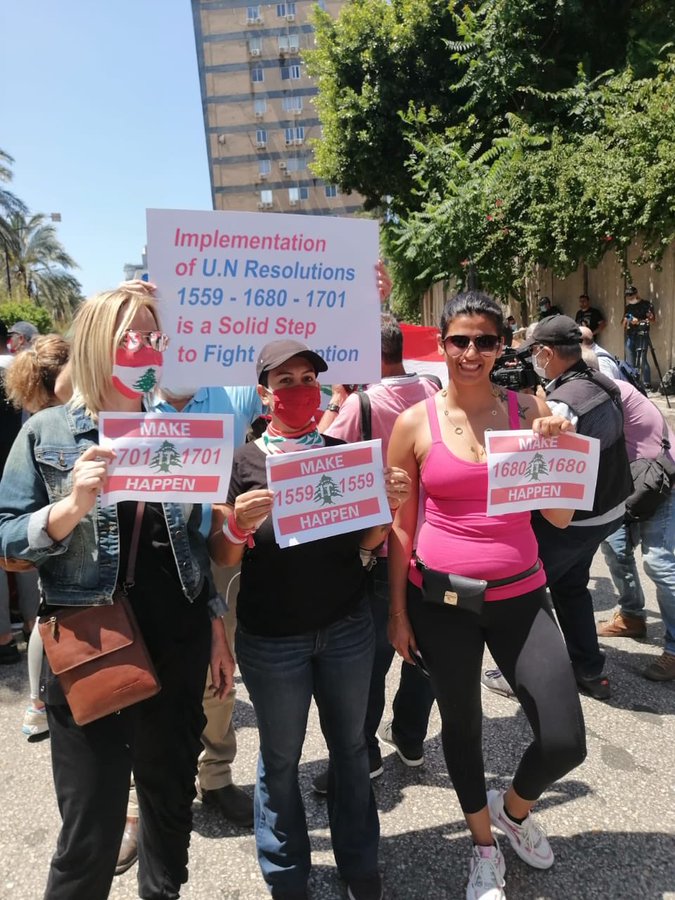 Is change of the UNIFIL mandate on the Israeli-Lebanese border to be expected?

After 14 years of Hezbollah’s military buildup in southern Lebanon, despite the presence of the UN force totaling a contingent of over 10,000 soldiers, an open debate is ongoing regarding the possibility of changing the mandate. As part of the ongoing debate, the United States and Israel are pushing to revise the mandate in one way or another, as the US representative to the UN, Kelly Craft tweeted: “UNSC must either pursue serious change to empower UNIFIL or realign its staffing & resources with tasks it can actually accomplish”[1].

Alongside the above, there are reports that the Lebanese ambassador to the UN has taken a similar stance as the US position. At the same time, a demonstration took place in Beirut, as protesters demanded that the state comply with the Security Council’s resolution calling to disarm Hezbollah. It is interesting to note that signs speaking out against Hezbollah’s involvement in Syria were hoisted during the rally saying; “no to the black weapons; till when will our children fall as fatalities outside the homeland”; “only the army can decide on war”.  In addition, as a paraphrase of Hezbollah’s principle: “The People the Army and the Resistance“, the protesters carried signs taking Hezbollah out of the equation, declaring: “the national golden triangle: the Lebanese law, lawful weapons (i.e., the Lebanese army), and international decisions“

Nasrallah, on his part, addressed the issue in an interview on the 20th anniversary of Israel’s withdrawal from southern Lebanon on “Al-Nour” radio making it clear that not only is Hezbollah not intending to disarm itself, he explicitly stated that Hezbollah has a clear goal of transforming its entire missile arsenal into accurate missiles. Regarding UNIFIL, Nasrallah emphasized that Hezbollah is not against UNIFIL remaining in southern Lebanon and that the problem is not the increase or decrease of the UNIFIL force, just that UNIFIL must also be required to operate on the Israeli side. In this context, Nasrallah primarily is referring to Israeli flights in Lebanese airspace intended to gather intelligence on Hezbollah’s military operations in the country.

The Lebanese government itself, in which Hezbollah has an absolute majority, is opposed to the change of the mandate. Lebanese Prime Minister Hassan Diab visited UNIFIL headquarters in Naqoura on May 27, in order to express his opposition to any change in the UNIFIL mandate or mission in preparation for the Security Council debate this August regarding the renewal of the mandate. 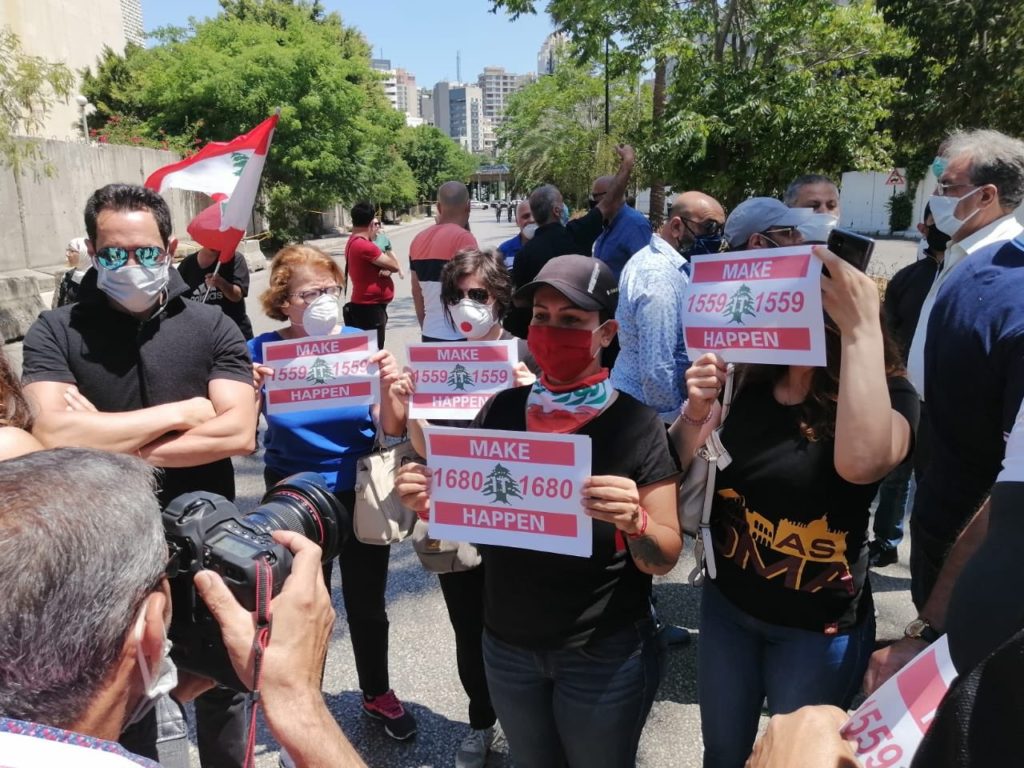 Along with the Lebanese, who have resisted over the years to any changes or new decisions regarding the UNIFIL mandate, the Russians traditionally stand by them. Russia’s ambassador to Lebanon, Alexander Zasypkin, in an interview he gave to “Al-Manar” (May 31), expressed a similar stance as Hezbollah, stating, that the attempts to change the UNIFIL mandate won’t be successful (in effect, the ambassador hinted that Russia will cast a veto in the Security Council on any decision or attempt to change this matter …). The ambassador      added that the problem is not the UNIFIL mandate issue but Israel’s many violations of Lebanese sovereignty. According to him, Israel’s failure to withdraw from the territories it occupies in Lebanon is the problem (the Russian ambassador in these remarks, is referring to “Shebaa Farms”).

The main issue addressed now around the UNIFIL mandate renewal issue is the restrictions on UNIFIL’s freedom of movement, an issue that is increasingly portrayed in the Secretary-General’s reports. .(UNIFIL in southern Lebanon – Under constant threat!) Freedom of movement for forces on the ground is limited because of Hezbollah’s road blocks and in light of the fact that the forces claim that they have no authority to enter into private property – homes and plantations – the locations where Hezbollah hides its weapons and rockets.

While Hezbollah leader, the Lebanese Prime Minister and the Russian ambassador are opposed to any decisions that will generate any change in UNIFIL’s mandate, while also trying to deflect the blame on Israel, the US has been demanding to comply with Israel’s demands for some years, insisting on developing these forces and expanding their powers, so they include searches in homes in southern Lebanon, with the authority to enter any place freely without prior coordination. However, this demand has always been met with opposition from the other Member States, mainly Russia and China, and in many cases with the opposition of France, the largest UNIFIL participant, and other countries participating in this force, fearing that any change would anger Hezbollah, affecting the security of the force in the field.

Today UNIFIL is a force that is physically present in southern Lebanon but in fact, with no effective presence concerning the task of disarming Hezbollah. In our understanding, any attempt to change the mandate and / or the magnitude of UNIFIL’s power will be met with effective resistance, led by Russia in the Security Council. Nevertheless, Israel is not interested in dismantling UNIFIL since it functions as a coordinator between the parties and therefore it must be maintained. Consequently, in our estimation, it would be right to reduce UNIFIL to a small tactical force that would be a standard “peacekeeping” force rather than a “reinforced” force. Its main task would be coordination between the Lebanese army and the IDF, arbitrating in border disputes between the states, similar to its pre-2006 role.