Clashes between the Lebanese Armed Forces (LAF) and Tripoli residents 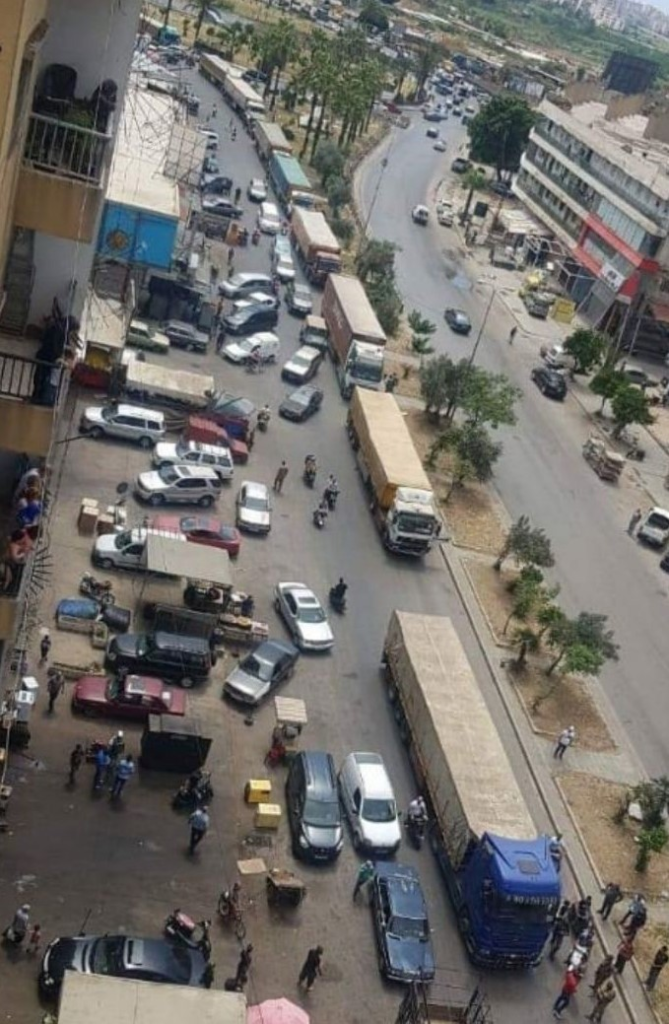 The Syrian-Lebanese border – Yesterday, Tripoli residents tried to stop 17 trucks on the way to cross the border to Syria. In the clashes with the Lebanese Armed Forces (LAF), 23 people were injured.

What was in the trucks? is this a legitimate export or is Hezbollah sending goods to Syria?
If this is Hezbollah smuggling goods out of the country, why is the LAF supporting Hezbollah against the interest of the Lebanese citizens?