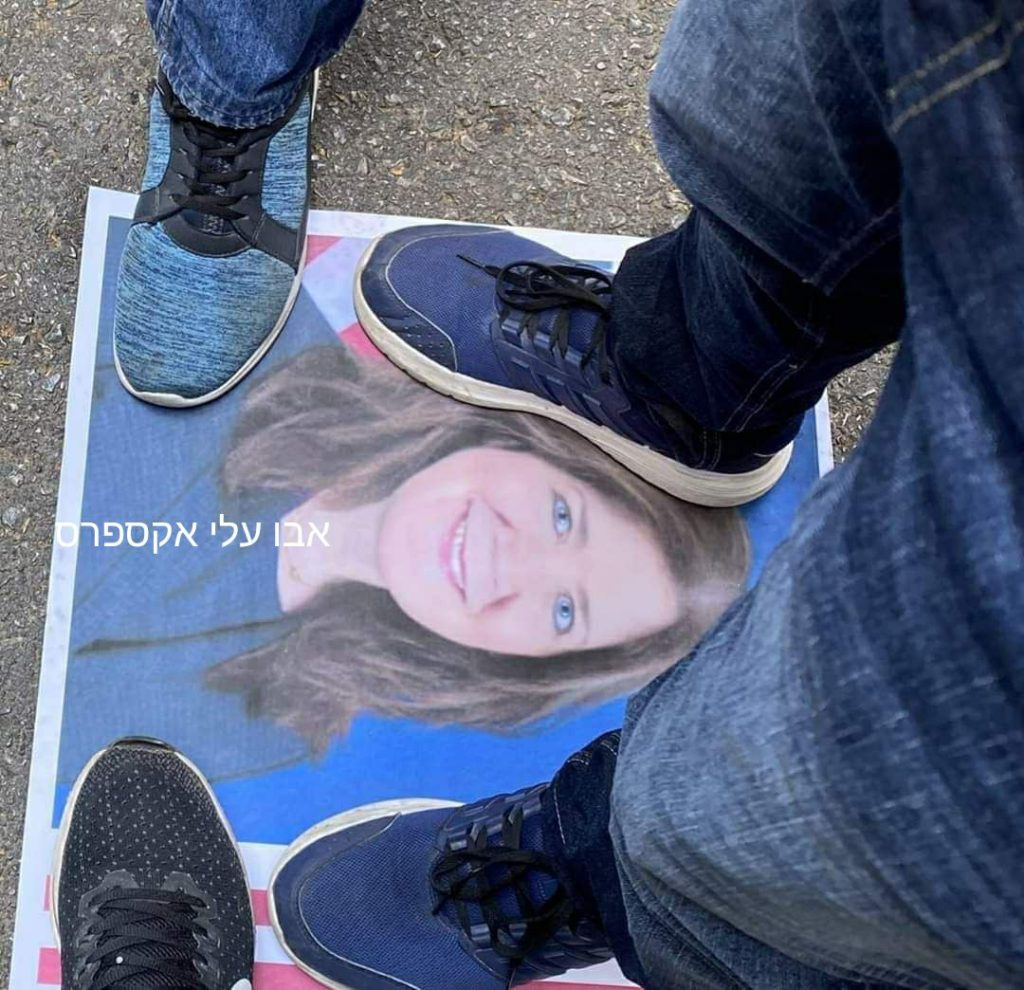 In recent days, a number of American officials have expressed their views on the deteriorating economic situation in Lebanon. All the American speakers linked the bad economic situation to Hezbollah. The first, US Secretary of State Pompeo, stated that the US would support any Lebanese government that would implement reforms, but first, it must disengage itself from Hezbollah. The second, the head of the Bureau of Near Eastern Affairs (NEA) in the American State Department, stated in an interview to the “Al Hadeel” news website, that Hezbollah launders money and deals in drugs in order to control the Lebanese monetary system and harm the Lebanese bank’s reputation. The third, the US ambassador to Lebanon, Dorothy Shea, sparked up turmoil and a forceful dialogue within the internal Lebanese public opinion.

In light of the US ambassador’s remarks, Mohamad Mazah, a Lebanese judge from the city of Tire,  issued a directive prohibiting Lebanese media outlets from interviewing her. The directive further deepened the turbulent discussion in Lebanon. The Lebanese government apologized to the ambassador; however, at the same time, the Lebanese Foreign Minister summoned the ambassador to make it clear that she did not have the authority to intervene in Lebanon’s internal affairs and to express views that incite Lebanese against each other.

Hezbollah’s Lebanese parliamentarian, Hassan Fadlallah declared that the ambassador’s statements were gross aggression on Lebanese sovereignty; “The US incitement is a failed attempt to cover American tyranny toward Lebanese national activity”.

Hezbollah supporters and various activists, including Jawad Nasrallah, son of Hezbollah’s leader, have been, one after the other, denouncing the US embassy in Lebanon on tweeter. Among other things, they tweeted sayings calling the US embassy; “the corrupted lair and the corrupted’s lodge”, “the espionage cavern and the place conspiracies and civil wars are created” and, “the founding place of the civil war and the destruction of the land..”. Some of the tweets displayed the photo of Imad Mughniyeh (Hezbollah’s military commander, assassinated in 2008) visiting the ruins of the US marines barracks that Hezbollah blew up with a car bomb in October 1983 in Lebanon.

In an article published on June 22 in “Janoubia.com”, according to several sources, including an NSA report, Hezbollah’s yearly budget is close to $1 billion, of which about $500 million is paid as social benefits and salaries. The number of Hezbollah military operatives, not including companies and civilian associations, such as the “Almanar” channel and the financial “Al-Quardh Al-Hassan Association”- a number between 20,000 to 40,000 people, who are combatants or logistics personnel. Hezbollah combatants’ salaries range from between $500 to $1,500 (about 15 times the average salary in Lebanon!!). Neither Hezbollah nor its employees declare income and do not pay income tax.

A war of caricatures and tumultuous pictures between the various camps, in favor of, and against Hezbollah is taking place on the web:

In response to the “Empty Fridge” caricature above, Hezbollah supporters circulated images of full-sized refrigerators with various weapons leaning on them: “Our response to the starvation policy and economic siege on Lebanon # Hezbollah”:

Alongside the turbulent public opinion and wars over the online narrative, there is an actual economic war of survival across Lebanon. A new trend has formed on Facebook, one where people post requests to trade personal gear, such as shoes, for groceries, and diapers. Fuel and diesel shortages, in several villages in the Tire and Sidon area throughout southern Lebanon, affect cellular and Internet communications and disrupt the regular flow of water. In addition, the shortage of diesel causes a shortage of electrical power supply to only a few hours a day (for example, in the villages of Qabrikha / Yaroun / Et- Taibeh / Borj Qalaouiye / Tir Plassi). Many civilians are “pouncing” on the gas stations for fear of the rising of prices and shortages.

There are many reports of stores and butcher shops closing down (some closing permanently and some temporarily) as well as the closing of private schools, due to the economic situation (Bint Jbeil / Marj ‘Ayoun governorates). The “Chamsine” bakery chain announced that it would stop selling bread to the retailing chains. Because of this and because of other bakeries making similar remarks, long queues are forming in the entrances of the bakeries (www.yasour).

The chairperson of the professional association of bakery owners told An-Nahar newspaper that they would discontinue providing bread until a solution to refund them for their losses was found. Ghassan Al-Amin, the chairperson of the Pharmacists Association, said that out of 3000 pharmacies in Lebanon, 200 pharmacies have closed already and that soon 800 more would be closed. The reasons being the decline in the value of the Lebanese currency and the import of expensive medicines (www.elnashra).

While the economic survival war is intensifying, Hezbollah-sponsored fuel smuggling from Lebanon to Syria continues. The latest video from June 23 shows fuel trucks on their way from Lebanon to Syria. Signs with the words “Crude vegetable oil” hung on the sides of the tankers. In practice, however, the signs on the tankers were intended to mislead and bypass “Caesar’s Act” which prohibits the transfer of fuel to Syria.

*** read more about Hezbollah’s smuggling industry from Lebanon to Syria In our article:

Today, more than ever, Lebanon appears to be sitting on a keg of economic, social, and security dynamite…