Hezbollah is fighting Covid-19 only within the Shi’ite community 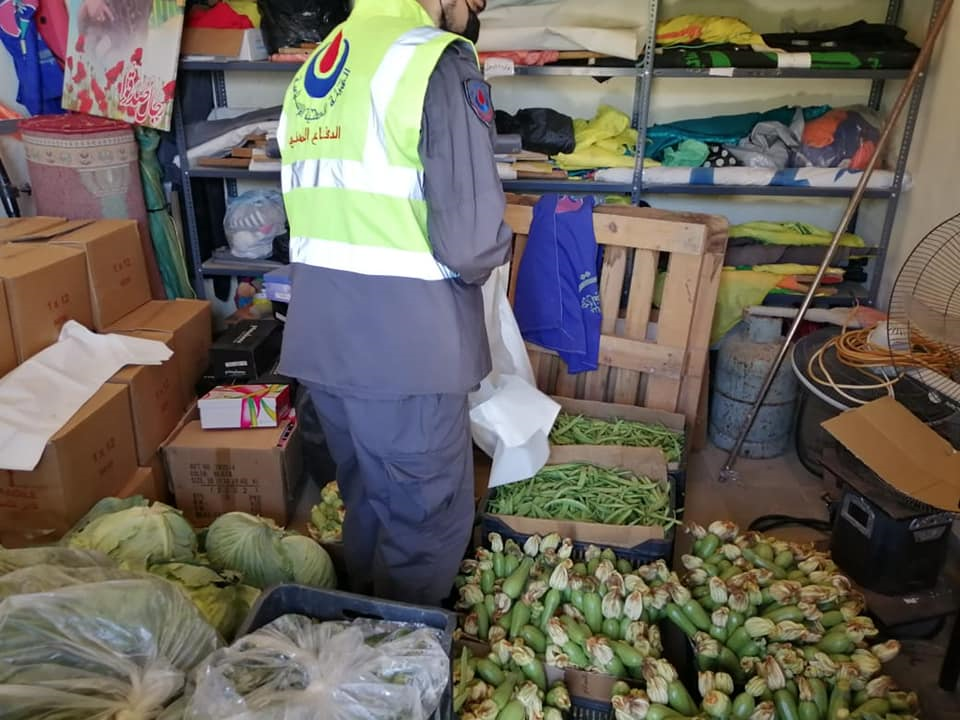 Hezbollah’s independent activity against the Corona virus via “The Islamic Health Organization”:

In wake of the Corona virus in Lebanon, Hezbollah operates its own independent medical branch tackling the virus within the Shi’ite sectorial community at the expense of the Lebanese state resources. Hezbollah’s independent medical association named the “Islamic Health Organization” preforms its task properly at the sectorial level, while at the same time is associated and assists Hezbollah’s military arm and Iran’s Revolutionary Guards/ Quds forces, in routine and emergency times, constituting another layer in Hezbollah’s “human shield” tactic.

As of today, if we define the intensity of the Corona virus in Lebanon in light of the formal data, the Lebanese mind set and the media’s occupation with it; it appears that the epidemic in Lebanon seems to be in decline. This decline is mainly attributed to the extensive movement restrictions put in place by Lebanon in recent months.

By order of the Lebanese Interior Ministry, security forces have ceased to enforce all related restrictions imposed on civilians regarding the presence in public places (Janoubia 1 July).

Hezbollah is tackling the Corona virus through the “Islamic Health Organization”. As part of the extensive civilian infrastructure Hezbollah established throughout Lebanon, that is aimed at providing social services to members of the Shiite community in general, and to Hezbollah activists and their families in particular, the “Islamic Health Organization” has been set up essentially to serve as Hezbollah’s Ministry of Health, operating independently and parallel to the formal health institutions of the Lebanese state. “”The Islamic Health Organization”” is responsible for providing medical services (some subsidized and some free) and managing hospitals and clinics located in the Shiite population centers in Lebanon.

In an article published by “The Meir Amit Intelligence and Terrorism Information Center” (July 2019) it can be learned that “The Islamic Health Organization” is closely linked to Hezbollah’s military “resistance activity” and as stated in the organization’s website: “The organization accompanied the Hezbollah fighters’ activity against the Zionist occupation.” In addition, there are at least 20 members of the Health Organization killed during their service. There is no doubt that the activists of the organization are currently integrated and will be integrated in any future Hezbollah military activity against Israel.

In addition, “The Islamic Health Organization” apparently also has connections to the Iranian Red Crescent Organization in Lebanon.

According to an article by Dr. Yossi Mansharof, a research fellow at the Alma Center, published June 2020, The Iranian Red Crescent serves as a cover for Quds forces and the Iranian Intelligence Office (MOIS), widely used to promote Iranian subversion in various countries such as Lebanon, Bahrain, Yemen and Iraq. Teams launched by the Iranian Red Crescent into Lebanon during the 2006 war against Israel, allegedly to assist the civilian population, were in fact, Quds forces sent to Lebanon to assist Hezbollah. These teams brought shipments of medical equipment that served as camouflage for weapons and military equipment shipments.

The exploitation of medical platforms by the Shia axis used to cover their military operations is well known in all the arenas where the axis factions are present (including in the Gaza Strip, where Hamas and the PIJ have also adopted this tactic). Transporting operatives and military forces in ambulances and establishing headquarters and ammunition depots inside and/or adjacent to medical structures constitutes a central pillar in the “human shield” tactic.

It is not without reason that Hezbollah holds the health care portfolio under the current government headed by Hassan Diab. The Ministry of Health is considered to have a relatively large yearly budget, control of it enables Hezbollah to route the government’s office budget according to its interests. Hezbollah channels a large part of the government’s health budget in a manner that caters to its sectoral medical needs and activities through “The Islamic Health Organization”.

In May and June of 2020, “The Islamic Health Organization” continued its extensive and independent activity tackling the Corona virus throughout the Shi’ite population. As part of its activities, “The Islamic Health Organization” carried out disinfection and distribution of facemasks, informational activities, food and medicine distribution to homes, conducting of statistical surveys, supervision and oversight on home isolations and supervision of the distribution of medicines in pharmacies.

An example of a disinfection operation conducted by “The Islamic Health Organization” in Sidon can be found here.

“The Islamic Health Organization” handles the transfer of dead bodies from Corona in Saudi Arabia and buries them safely.

Testing for Corona in the village of Ayta al-Sha’b in southern Lebanon by “The Islamic Health Organization”:

Distribution of an informational video by “The Islamic Health Organization”, in which nutritionist, Qasim Baydun, explains how restaurant owners and the like can avoid the spread of the virus (the dismissal of employees who show disease symptoms,  referring customers showing disease symptoms to the relevant health parties, maintaining social distance in the business place, and so on):