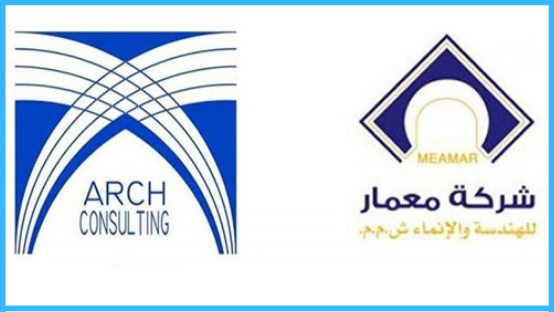 “Arch Consulting for Research and Engineering” and “Meamar Engineering and Development”: Commercial companies providing service for Hezbollah as an “economic shield”:

Hezbollah’s economy is founded upon, among other things, a civilian infrastructure of private commercial companies of different branches that operate in Lebanon and all over the world. On September 17th, the US Treasury placed sanctions on the companies “Arch Consulting for Research and Engineering” and “Meamar Engineering and Development”.

According to accumulated data, Hezbollah uses these companies to hide money transfers to its personal accounts, which allow its leaders and operatives to prosper at the expense of the Lebanese nation. According to the US Treasury, Hezbollah collaborated with former Public Works and Transportation Minister Youssef Fenianos to ensure the two companies receive million-dollar governmental contracts.

Sultan Halifa Assad (upon whom sanctions were also placed) is a member of Hezbollah’s Executive Council (that is responsible for making operational decisions in military and civilian fields), and operates directly under Hashim Safi Al Din, Head of Hezbollah’s Executive Council (who is considered by many “Nasrallah’s future successor”). Sultan Halifa Assad was nominated supervisor of the two companies’, among other roles, and saw to it that the companies transfer a portion of their profits directly to Hezbollah.

“Meamar Engineering and Development” is a Lebanese company founded in 1988. It is member of the Lebanese Contractors Syndicate and is considered by several governmental ministries as a company that meets the conditions of participating in building projects, infrastructure, and transportation networks tenders. Ever since its establishment, the company carried out projects all over Lebanon for the Ministry of Energy, the Ministry of Public Works and Transportation, and for the city unions all over Lebanon. The company had contracts for projects with Lebanon’s Development and Construction Committee and with UNDP (The United Nations Development Programme).

Meamar engaged in, among other things, the renovation of medical centers in Sidon, Tyre, and Batroun for Lebanon’s Development and Construction Committee, several water tanks and sports courts projects for UNDP in several Lebanese towns, the managing of the sports center in the city Bint Jbeil for the Youth and Sports Ministry, a landfill project in the Akkar Governorate and in Joub Jannine for the Ministry of Administrative Development, and the managing of a sewage treatment station in Chouf for the water service of Beirut and Mount Lebanon.

“Arch Consulting” is an engineering company for research and consulting and is considered by many Lebanese government ministries and institutions as a national research company. According to its CEO and General Manager, Walid Jaber, the company cooperates with government ministries and municipalities and with the private sector, in accordance with the law and the tenders.

Both companies denied the accusations made at them and expressed their surprise at the fact the US government blames them for corruption and prosperity at the expense of the Lebanese nation. A comment that seems to have been formulated directly by Hezbollah’s copyright people, stated that “everyone knows the companies are barely keeping themselves afloat because of the economic situation, the cause of which being the US government and the sanctions and siege it places on Lebanon and its exploitation of it…”

In addition, Hezbollah supporters began a hashtag operation tagged “#meamar_builds_washington_destroys”, another indication that attests to the companies’ “identity” and to whom they belong…

On the surface, the civilian companies operate based on their expertise in the legitimate civilian field. They bind themselves to formal tenders and contracts and execute projects that correlate with the contracts’ focus. As we have pointed out, international entities such as UNDP also connect with those same companies to execute projects that undoubtedly contribute to the infrastructure and quality of life in Lebanon.

However, those same civilian companies win tenders and receive contracts because of their affiliation with Hezbollah. These tenders were essentially “tailored” beforehand by senior officials in the Lebanese government that cooperate with Hezbollah (such as former Public Works and Transportation Minister Youssef Fenianos, mentioned above), to ensure that those companies will win the tenders at the expense of other companies that are not affiliated to Hezbollah.

In conclusion, similar to Hezbollah’s military wing, in which it uses the “human shield” tactic to disguise its military activity behind the infrastructure of the civilian activity. Hezbollah does so in the economic field too, and disguises its economic activity using Lebanon’s economic activity, this serves it as an “economic shield”. The information published about these companies demonstrates the necessity of meticulous supervision and tracking of everything being done in Lebanon, in all fields, and shows us how Hezbollah succeeded in taking control of Lebanon and emptying Lebanon’s “piggy bank”.