“May 5th, 2008” – Nearly civil war and a narrative which is an internal Lebanese warning sign! 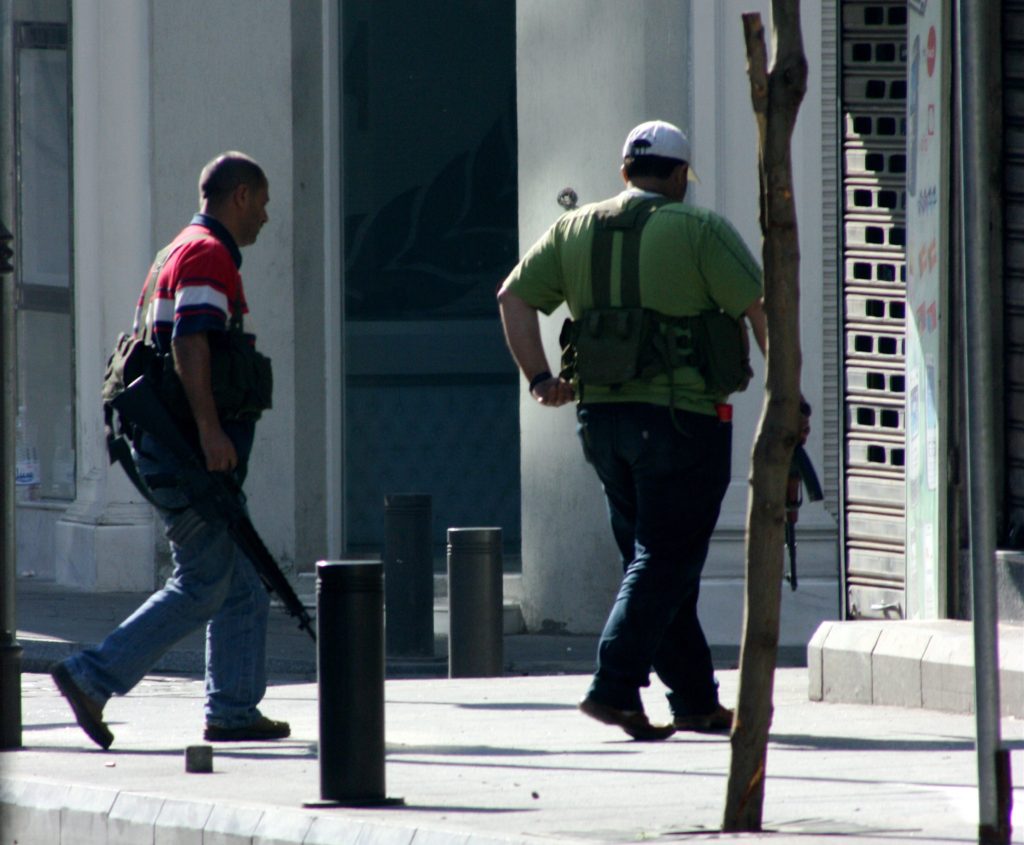 In his 29 September 2020 speech, Nasrallah stated that Hezbollah must be part of the government in order to defend the resistance, declaring, “The government of 5 May 2008 will not repeat itself …”

This is not the first time that Nasrallah and other Hezbollah officials have mentioned May 2008. Usually, it comes as an example of a period not to be repeated. In other words, Hezbollah and its senior officials apply it when they are interested in conveying a hidden threat in their message.

On May 5, 2008, the Lebanese government led by Fouad Siniora decided to remove Wafiq Shkeir, the security officer of Beirut airport, from his post, charging him of placing surveillance cameras along the airport’s VIP passageway, at the behest of Hezbollah. In addition, the Lebanese government decided to dismantle Hezbollah’s independent underground telephone communications network, constructed on the cable infrastructure laid within Lebanon’s communication shafts. The purpose of Hezbollah’s independent telephone communications network is to provide communications between Hezbollah headquarters throughout Lebanon.

Hezbollah’s response to these decisions was swift and aggressive. In a speech on 8 May 2008, Nasrallah declared that Hezbollah’s independent telephone communications network was one of Hezbollah’s main weapons and any harm to it was in fact a declaration of war on Hezbollah. A few hours after Nasrallah’s speech, Hezbollah operatives with the help of Amal activists took control of West Beirut, besieged the international airport, laid siege to the centers of the leaders of the Sunni community, headed by Saad Hariri, setting fire to the offices of the al-Mustaqbal TV network owned by Hariri and serving as his party’s mouthpiece.

That night, it appeared that Lebanon was in the midst of another civil war and that Hezbollah intended to take over Lebanon. However, Hezbollah encountered an unprecedented resistance in the form of Druze and Sunni militias who responded by blocking the Masnaa border crossing between Syria and Lebanon and fighting Hezbollah operatives in the Shouf Mountains and the Tripoli port area. 82 Lebanese were killed in the fighting, which ended in a draw after negotiations took place between Nasrallah and Druze leader Walid Jumblatt. The Lebanese army took up positions on the battle zones, taking security responsibility of them.

On 11 May 2008, the Lebanese government decided to overturn its decisions to dismantle Hezbollah’s independent telephone network and to cancel the removal of the airport security officer, hence Hezbollah’s interests were not impaired. In response, Hezbollah announced its readiness to withdraw its operatives from the streets and reopen the airport.

Although at the time, Hezbollah had not yet fully recovered from the damage it had suffered in the war of summer of 2006 against Israel, and despite encountering strong opposition from the Druze and Sunnis; ultimately Hezbollah came out with the upper hand.

May 2008 proved to the Lebanese that Hezbollah would be willing to “go all the way” if any Lebanese faction harmed or tried to harm its distinct interests, with an emphasis on security interests, even at the cost of another Lebanese civil war.

Today, some 12 years later, Hezbollah is constantly under public opinion attack by the camp of its natural adversaries both inside and outside Lebanon. The widespread civil protest that erupted in Lebanon on 17 October 2019 has greatly honed these attacks. However, make no mistake; this popular protest was not shared by Hezbollah’s broad base of support in the Lebanese Shiite community.

The Shiite community in Lebanon currently constitutes at least half of the citizens living in Lebanon. It is for a good reason that the Hezbollah leader allows himself to use the example of “May 2008” in his speeches as a covert threat. Nasrallah knows that Hezbollah’s military strength today, coupled with broad support from the Shiite population, will allow Hezbollah to take over Lebanon or at least most of its centers of power and strategic sites if Hezbollah (or its Iranian patron) so desires. Although Hezbollah is likely to encounter opposition from Sunni, Christian, and Druze militias, we believe that the power of these militias is very limited in relation to Hezbollah’s power.

Over the past few years, it seemed that the use of the “May 2008” threat has remained a descriptive verbal threat rather than a threat to be physically realized. The threat was a kind of deterrent to Lebanese public opinion, especially to a camp of Hezbollah opponents.
However, in Lebanon as in Lebanon, one does not know what the future holds and today’s theoretical threat can quickly become very realistic.

*Featured pic from Beirut, Lebanon, during the 2008 unrest in Lebanon by Lannie Naas.