What is Iran sending to Venezuela? 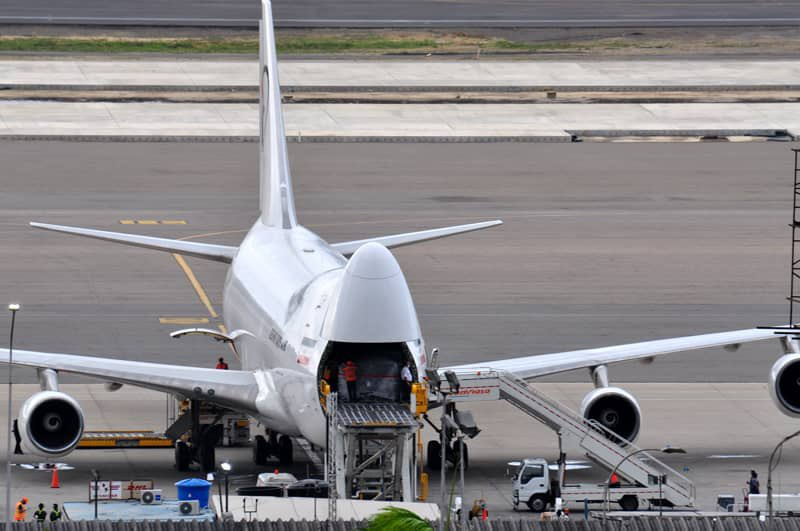 Does the unusual cargo flight from Iran to Venezuela point to transport of heavy Iranian weaponry to Venezuela?

In honor of “Jerusalem Day”, a picture of the Al-Aktzah Mosque’s courtyard in Jerusalem was published on May 27th, with the title “We will pray in Jerusalem”. The picture depicts leaders and other prominent members of the Shiite axis:

In the analysis of the picture we published (here), we pointed out President of Venezuela Nicolás Maduro (labeled “5” in the picture), symbolically standing in the first row on the far left. Maduro became a very close ally of Iran that views Venezuela as a “backyard” for Iranian activity against the USA, and therefore the Iranians consider him part of the Shiite axis, as is depicted above.

Since then, the Iranians took their cooperation with Venezuela up a notch by sending it several oil tankers as part of a defying act against USA sanctions.

Have the Iranians decided to take their cooperation with Venezuela up another notch and begin transferring heavy weaponry to it by plane?

On October 27th, an Iranian Boeing 747 cargo plane was detected flying from Tehran to Caracas, capital of Venezuela (the plane is known as one being used by the Islamic Revolutionary Guard Corps for flying weapons from Tehran-Damascus-Beirut). The flight had several stops, one of which was in Tunis:

When landing in Simón Bolívar International Airport near Venezuela’s capital city Caracas, the plane was awaited by approximately 10 container trucks and approximately 40 personnel, ready to unload and process the large cargo it brought with it. We can assume from the trucks’ numbers and shape that the plane’s cargo was long and heavy, dismantled into numerous pieces (missiles?):

Elliott Abrams, the State Department Special Representative for Iran and Venezuela: “The transfer of long-range missiles from Iran to Venezuela is not acceptable to the United States and will not be tolerated or permitted,”. (Fox News)

We assume Abrams’ timing is not a coincidence… In conclusion, despite international sanctions, it seems the Iranians are continuing to strengthen their allies and maintain relationships with them. The plane’s cargo is unknown to us, but by connecting the facts and the circumstances that are known to us, it cannot be denied that Iran is transporting heavy weaponry to Venezuela.