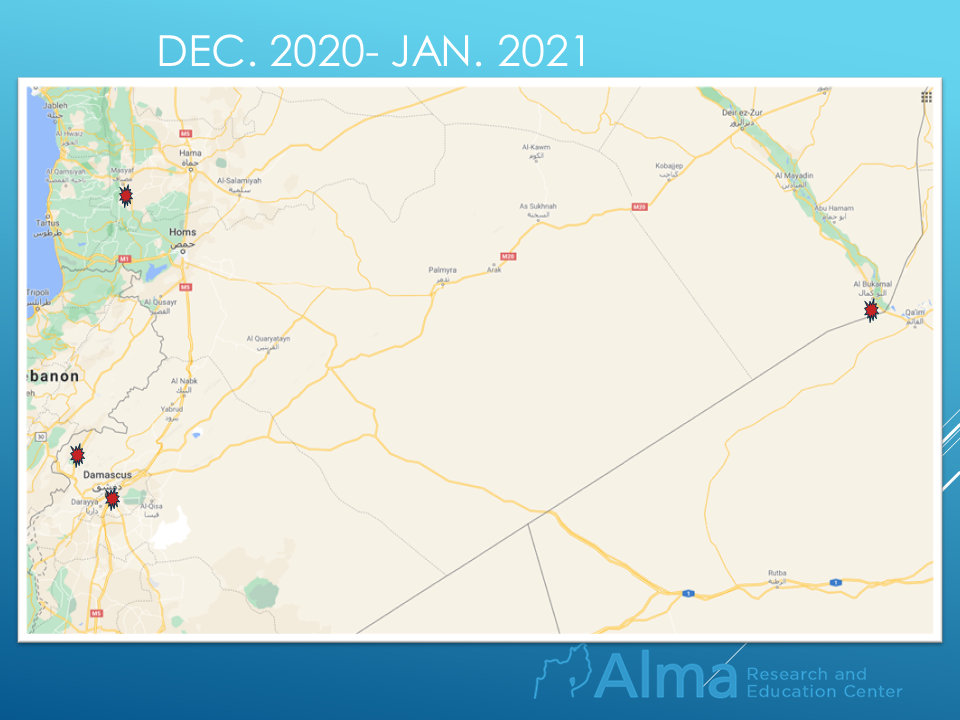 In the last three weeks, four airstrikes have been attributed to Israel.
Dec. 25, 2020 – Masyaf (northwest Syria)
Dec. 30, 2020 – Al Zabadani.
Jan. 06, 2021 – Al Kiswah.
Jan. 12, 2021 – Deir Ez-Zur & Al Bukamal.
In recently reported attacks Syrian air defense systems were hit, soldiers were injured and killed as well.
The Syrian air defense array is usually not the main target of the attacks.
Ammunition warehouses and ammunition factories are the main targets, especially when it’s weapons that can change the delicate balance in the region.
The air defense systems are hit when they attack or to neutralize the potential threat.
Either way, the Syrian air defense array is considered secondary damage.

The continuation of the airstrikes indicates that the Shiite radical axis continues to establish itself along the ground corridor (Tehran-Beirut) in general and in Syria in particular.