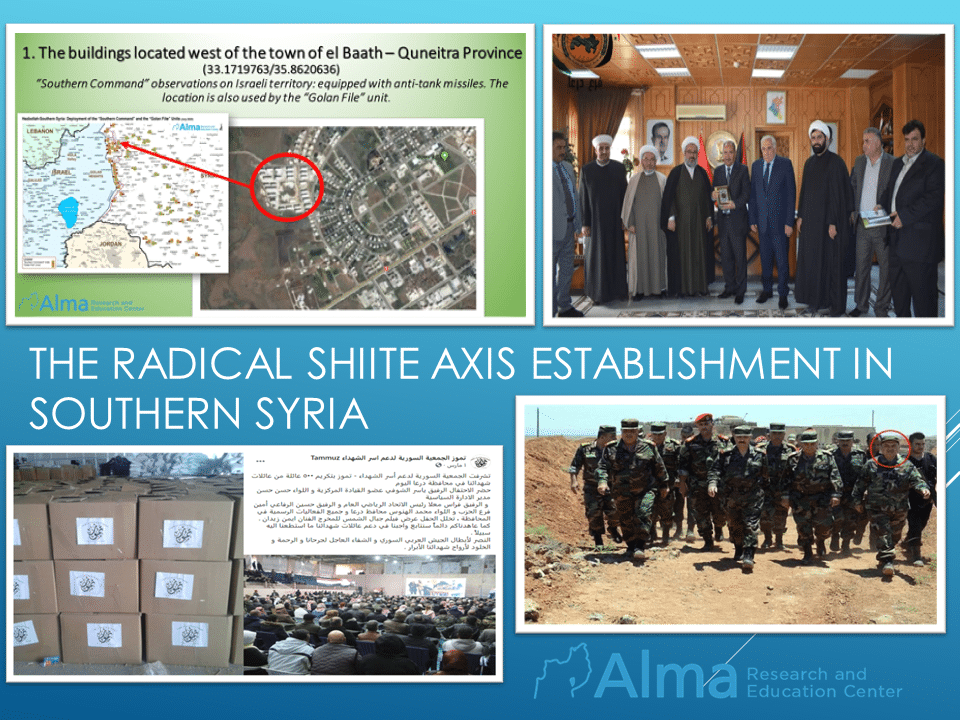 Over the past year, the Alma Center has been researching the mix of the military and civilian establishment of the radical Shiite axis headed by Iran in southern Syria. In 2020, we published a number of research reports on the subject that dealt with Shiite militias, the deployment of Hezbollah (Southern Command and the Golan File units), and the civilian establishment. In the near future, we also intend to publish a report on the local militias in southern Syria loyal to the radical Shiite axis.

Here are key insights from our research effort so far:

The Use Of Civilian Infrastructure as Human Shield For Military Activity In Daraa
The civilian establishment of the Iranian-led Shiite axis in southern Syria
Hezbollah-Southern Syria: Deployment of the “Southern Command” and the “Golan File” Units