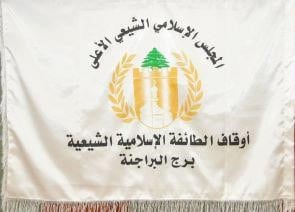 In July 2020, we exposed 28 sites related to the deployment of Hezbollah’s medium-range missile array (“Fatah 110”) in Beirut.

Following our publication, we continued extracting data from the information collected while discovering and uncovering new information. Within this framework, we acted to uncover the identities of the landowners and building owners in which the Hezbollah sites are located.

The findings of this research indicate, that the “Shiite Waqf Committee in Burj el-Barajneh” is an independent foundation, recognized and affiliated as a supporter of Hezbollah. We can point at seven compounds related to the foundation: Its main compound (which includes offices, a conference hall, and a religious gathering place) and six school compounds.

The Hussein al-Maktabi High School compound and the Burj al Barajneh- Almeria football stadium, is a compound we identified in July 2020 as part of the deployment of Hezbollah’s medium-range missile array (“Fatah 110”) as a launch site “B”. Adjacent to it is a parking lot that serves as launch site “A”.

A clear conclusion can be drawn from our research regarding the deployment of Hezbollah’s missile array and the recent expose published on the subject: That the missile launch sites are very close to the missile storage sites. In light of this, there is a possibility that one or more of the buildings in the compound (the Hussein al-Maktabi high school, the Burj al Barajneh School, the football stadium, and the “new university building”) are directly connected to Hezbollah’s missile array and are used to store missiles, as part of the “human shield tactic”.

During our in-depth study conducted on the “Shiite Waqf Committee in Burj el-Barajneh”, we located additional schools operating under its auspices. At this stage, we have no indications that Hezbollah also uses the additional school compounds as it uses the “Hussein Maktabi” school complex. However, in light of the findings in this document and in light of the clear connections the Waqf Committee and its leaders have to Hezbollah, this cannot be ruled out. Moreover, these education complexes allow Hezbollah to indoctrinate the values of the Islamic Revolution, the “Shahada” and the hatred of Israel. All these allow the implementation of the “human shield” tactic.