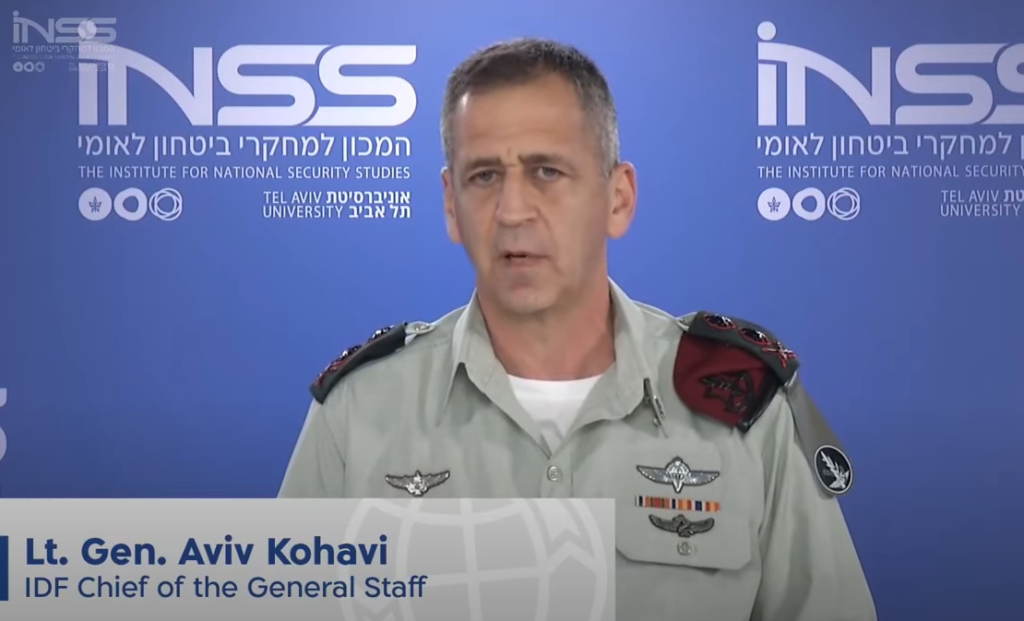 In his speech at the INSS 14th Annual Conference, the IDF Chief of the General Staff LTG Aviv Kochavi referred to the nuclear deal with Iran and clarified that ” Going back to the Iran deal from 2015, or even a similar deal with a few improvements is bad, is wrong.”

Kochavi’s remarks have been criticized in the Israeli media and many have claimed that they could damage the establishment of relations with the new administration in Washington, which makes it clear that it intends to return to negotiations with Iran on the nuclear issue.

In our opinion, however, Kochavi’s words were planned and coordinated with Prime Minister Netanyahu and should not be criticized so quickly. His goal as Israeli chief of staff is actually to create better conditions for Biden to negotiate with the Iranians. It is clear that Israel will not be able to stop the Biden administration from negotiating with the Iranians on the nuclear issue. It is also clear that Israel’s ability to influence the outcome of these negotiations is limited.

But, in a situation where an Israeli chief of staff is clearly saying that Israel is preparing for the military option and will not accept another deal, it is putting pressure on the Iranians to accept what the Biden administration has to offer rather than arguing for better deal, because the alternative is an Israeli response. And this is exactly the lesson from the previous deal. Since the parties made it clear that the military option is not on the table – there was no leverage over Iran and it was difficult to get a better deal. Now, before a deal is even being discussed, Israel has made it clear that it will not accept any threat to its security – something that Biden can leverage and use a tool to pressure the Iranians to make concessions on important issues such as the effectiveness of oversight, schedules, and the military plan.

Finally, it is important to clarify – the fact that the IDF is preparing for the military option does not mean that the IDF is interested in using it. The Israeli army’s mission is to postpone war and at the same time prepare for it – these two missions are reflected in the IDF’s security strategy in recent years known as MBM – a war between wars (campaign between the wars) whose purpose is to prevent risks to the State of Israel without escalating into war. Completely prevent Iran’s military nuclear program – Israel will not oppose it. Yet, it is important to remember that as Iran continues its countdown to the destruction of Israel, Supervisory mechanisms are required, ones that are not based on trust but rather on the lack of it seeing the continued violent and radical attitude of the other side.