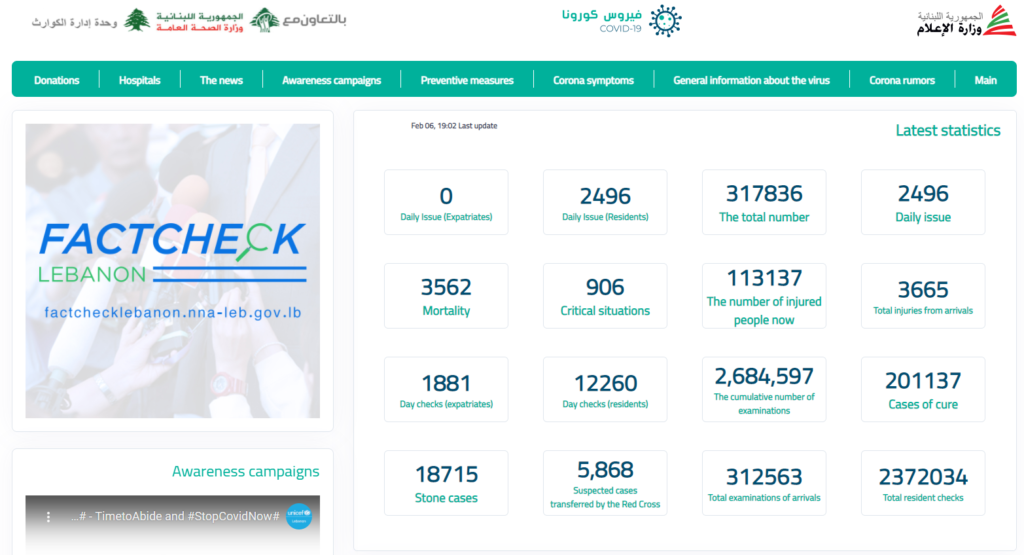 The chairman of the National Committee for the Vaccine against Corona, ‘Abd al-Rahman al-Bazari, confirmed that there are 3 types of vaccines in Lebanon but the citizens will not be able to choose between them.
Considerations for the type of vaccine will be purely professional. For example, they would prefer a Pfizer vaccine to someone whose immune system is weak and would prefer to assign AstraZeneca vaccines to prisons, as it is easier to transport.

Health Minister Hamad Hassan announced that the vaccination campaign will begin on February 15. The first three Lebanese to be vaccinated will be the President, the Speaker of Parliament, and the Prime Minister, to set an example and encourage citizens to get vaccinated.
Up to January 29, 129,000 Lebanese had registered to receive the vaccine, which would be given free of charge at pre-determined vaccination centers (hospitals).

The Lebanese target is to vaccinate 80 percent of the population. The vaccine will be given to everyone living on Lebanese soil: civilians, residents of different nationalities, and diplomats.