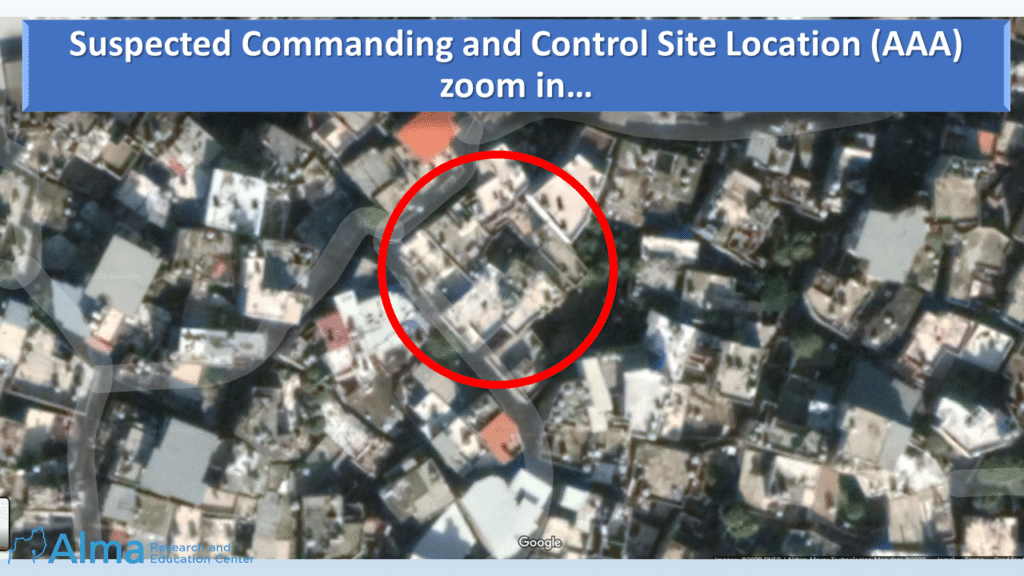 In July 2020, after a long independent research work, we uncovered 28 sites related to the deployment of Hezbollah’s missile array in Beirut. The exposure gained worldwide publicity and many reactions that even led to the resignation of the city council members of the Town of Baabda, east of Beirut. Their resignation came in light of the lack of a response as to the veracity of our published report.

Two of the mentioned locations are sites that we have already revealed in our comprehensive report from last July:

The Israeli Prime Minister’s exposure proved our working assumption as presented in our report: The launch sites are in close proximity to the missile production and storage sites, thus maintaining an immediate and instant launching capability.

After the publication of our report last July, we continued extracting intelligence collected and persisted on the extraction of new information.

In February 2021, our follow-up report was published which dealt with the School compounds of the Islamic Shiite Waqf Committee in Burj al Barajneh, which serve as a human shield for Hezbollah’s medium-range missile array in Beirut:

In the original July 2020 report mentioned above (on pages 10-11) you can find an explanation of the source of knowledge on which we relied ( Wikimapia online editable map)  And for those who wish to delete this data.

The marked sites on Wikimapia indicate an area with a number of buildings or a defined territory. After examining and analyzing the defined area, Alma Center analysts identified the polygon area and located the sites within it. A red circle on the “Zoom in” Aerial photo marks the sites positions.

The four new suspicious sites categorized by types and coordinates revealed in this special report:

Map of all locations:

AAA. Property used to control and command the missile array:

CCC. Property used for the storage of Fatah 110-missile array: