What triggered Hezbollah to invest in the development of the Beqaa area and “make sure everyone knew about it”? 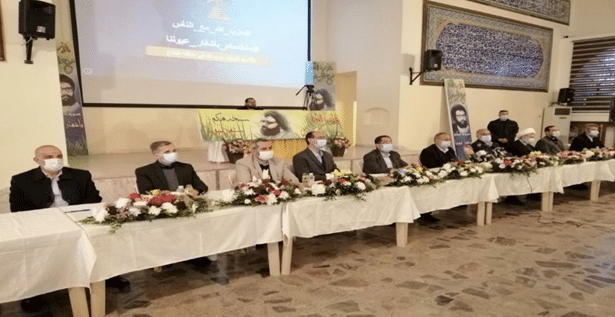 In addition to fulfilling the role of the collapsing Lebanese state, Hezbollah is also preparing for the parliamentary election year…

On March 28, Hezbollah representatives held a press conference and announced the launch of a series of projects in the Baalbek-Hermel district in the Beqaa, under the slogan “Hezbollah is with the people”. The projects relate to three areas:

Hezbollah leader in the Beqaa, Hussein al-Nimr, announced that the projects would be carried out in cooperation with Arch Consulting (in September 2020, the US administration imposed sanctions on it and it was marked as directly controlled by Hezbollah (“Commercial companies providing Hezbollah an “Economic Shield” ) and that the project deadline is June 28 this year.

“Arch Consulting” is an engineering and consulting firm defined as a national research company in many government ministries and official institutions. According to the information we have, the company is directly supervised by Sultan Khalifa As’ad (who has also been sanctioned), who serves as a member of Hezbollah’s executive council (the council is responsible for decision-making in civilian areas) and acts directly under the Chairman of the Council, Hashem Safay al-Din.

Hezbollah MP, Hussein al-Haj Hassan, representative of the Baalbek-Hermel, who also attended the press conference, had claimed that Hezbollah representatives in parliament had proposed laws to develop the area, but that they were blocked due to the government’s reluctance to invest in the periphery.

The Beqaa area in general and Baalbek-al-Hermel in particular were, and still are, the areas where the least government resources were invested over the years. Hezbollah’s plan comes late and with cynical timing, as Hezbollah is the one that has ruled this area for decades, and is aware of the backlog and scarcity that the villages in Baka and the residents suffer from.
These projects might not have come to be if it had not been for the Lebanese parliament coming up elections (elections for the Lebanese parliament are expected to take place in May 2022). Hezbollah is operating according to the extreme scenario in which it might lose its influence on the public in the Beqaa. Previous attempts to appease the anger of the Shi’ite populace, such as the distribution of diesel fuel or annuity cards, have not solved the citizen’s daily problems in light of the economic crisis in Lebanon.
We estimate that Hezbollah’s loss of influence and grip among the Shi’ite base is far from reality as of the writing of this document. However, Hezbollah fears losing votes in the parliamentary elections, with an emphasis on the indifference of voters that will cause non-voting. Since the Shi’ite residents of the Bekaa are a significant part of the party’s political base, Hezbollah is taking advantage of the momentum, issuing a major media statement, thus starting the promotion of the development program in Baalbek-Hermel.
Time will tell if these projects will actually be implemented or if they are just “empty talk and campaign promises” ahead of the elections…