“We will not starve”: What is behind Hezbollah’s “Sajjad” card project? 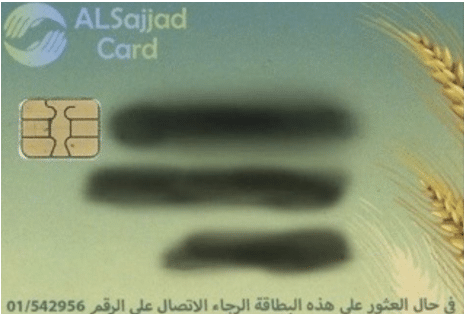 Recently, pictures and videos of shelves stacked with food and consumables belonging to a Hezbollah grocery chain of stores called the Sajjad Cooperative have been posted on social media. The food chain was recently opened by Hezbollah in southern Lebanon, the Beqaa, and southern Beirut. Online shopping is also possible with Hezbollah’s familiar Sajjad card.

Using the card, Named after one of the nicknames of imam Ali ibn Husayn Zayn al-Abidin, a.k.a. “Sajjad”, (al-Sajjad) , you can purchase goods and food products from this food chain at a much lower price (about 50%) than the subsidized commodity prices provided by the Lebanese government. The card’s billing ceiling is 300,000 Lebanese pounds (equaling about $30 according to the black-market dollar rate, where the price of one dollar ranges from 12-13 thousand Lebanese pounds). The card allows a discount ranging from 20%-40%, depending on the salary of its holder and his/her socioeconomic status.

Through a massive media campaign, Hezbollah attempted to market the food cards as belonging to all the Lebanese people, regardless of religious, ethnic, or party affiliation. But it seems that the promises were in vain, and many of those who demanded the card were left empty-handed. While Hezbollah presents the campaign as humanitarian aid, especially during the month of Ramadan, in each region it established a committee whose purpose was to assess eligibility for the card, based on the political views and the degree of resistance/loyalty of the applicant to Hezbollah.

Hezbollah’s move caused outrage among Lebanese public opinion, raising many questions about the origin of the products, how they entered Lebanon, who permitted to import them, whether the move was subject to the Lebanese Ministry of Economy and whether the goods were going through customs in an orderly fashion.

Most of the products come from Iran, Syria, and Iraq, and enter Lebanon without inspection, due to Hezbollah’s control of Lebanon’s land border crossings. There are two main routes through which goods reach Lebanon: The first is by smuggling through illegal border crossings, and the second is through legitimate border crossings, and from there to private social institutions affiliated with Hezbollah (e.g., the Shaheed’s foundation), avoiding transit through customs centers and thus exempting the goods from taxes and import fees.

As of April, air shipments from Iran to Lebanon have spiked sharply. So far, there have been seven trade flights on the Tehran-Beirut route. This may be another Hezbollah supply line for food destined for the Sajjad food chain. However, it is equally possible that this supply chain may also be a disguised route for the smuggling of weapons from Iran to Hezbollah.

The move also caused tensions throughout the Shi’ite duo between Hezbollah and the Amal movement. The Amal movement is unable to keep up with the assistance offered by Hezbollah and cannot afford the same backing for its supporters, which aroused the anger of senior and Amal activists.

In fact, there is nothing new in Hezbollah’s initiative to open grocery stores and distribute the Sajjad card. We have been aware for some time of the method of shopping with the Sajjad card in Hezbollah’s dedicated stores.
We estimate that Hezbollah has two objectives in the current campaign under the slogan “We will not starve”: