Who are you, Mohammed Diab Ibrahim al-Masri, aka Muhammed Deif? 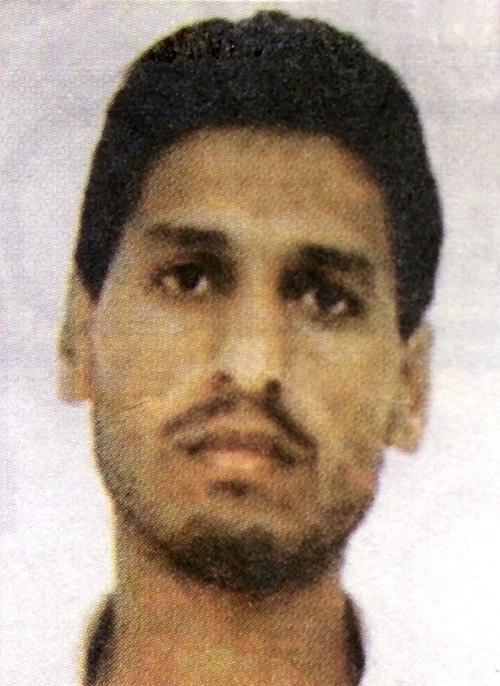 Mohammed Diab Ibrahim al-Masri, aka – Mohammed Deif, heads the Izz ad-Din al-Qassam Brigades, Hamas’ military-terrorist wing. The alias “Deif” [ضيف = “guest” in Arabic] was given to him because he’s constantly changing his location. Deif is considered Israel’s number one wanted person in the Gaza Strip, being responsible for hundreds of acts of terrorism and accountable for the bloodshed of many Israelis.

Deif was born in 1965 in the Khan Yunis refugee camp in the Gaza Strip. As a teenager he joined the Muslim Brotherhood. During his studies at the Islamic University of Gaza, he was active in the “Islamic bloc”, serving as the bloc’s representative on the university’s student council. Deif joined Hamas’ military apparatus ranks in the beginning of the first intifada, and in 1989 he was detained by Israel and sentenced to 16 months imprisonment.

In 1991, Deif joined the ranks of the Izz ad-Din al-Qassam Brigades, and began his career there as a disciple of Yahya Ayash (“the Engineer”), who headed Hamas’ military-terrorist wing until Israel eliminated him in 1996. In 1996, Deif led a wave of revenge attacks in retaliation for the assassination of Ayash, during which 58 Israelis were murdered within one week, after which he went to ground. Two years later, he was called upon by members of Hamas’ political wing in Syria to resume operations, in view of the dire situation of the Hamas network in Judea and Samaria.

From May 2000 to early 2001, He was detained by Palestinian Authority security forces. After his release, concurrent to the second intifada, Deif’s influence increased throughout Hamas’s operatives in Judea and Samaria, and he was consequently appointed deputy commander of Hamas’ military- wing. Since the beginning of 2002, Deif was involved in building Izz ad-Din al-Qassam’s self-contained terror apparatus, and he is considered accountable for some of the largest shooting attacks in the Gaza Strip during the intifada. Deif also actively participated in the Qassam rocket manufacturing project alongside his deputy, Adnan al-Ghül, who was considered Hamas’ “chief scientist”, eliminated by Israel in October 2004. At the time, the Palestinian security forces detained Deif several times, only to release him after very short periods of time. In July 2002, he took over the leadership of the Izz ad-Din al-Qassam Brigades.

Israel tried numerous times unsuccessfully to eliminate Deif. In July 2006, he was seriously injured in an Israeli Air Force attack on the house where he was staying. Following the attack, his arms and legs were amputated confining him to a wheelchair. Deif still retains the official title of commander of Hamas’ military wing, and in the Hamas media he is still referred to as the “Commander-in-Chief of the Izz ad-Din al-Qassam Brigades”.

In recent IDF operations in Gaza, Hamas published voice recordings of Deif. During operation “Pillar of Defense” in November 2012, Hamas released a video in which Deif was heard speaking after years of silence. In operation “Protective Edge” that took place in August 2014, Hamas also released an audio tape on the 22nd day of the operation, claiming that Israel had been Defeated and that the shooting at Israel would stop only if the siege on Gaza was lifted. On August 19 an Israeli Air Force plane dropped several bombs on the house where Deif was staying in the Gaza Strip. According to Hamas, Deif was not injured in the attack, but Israeli intelligence unofficially estimated that he had been killed. The chief of staff at the time, Benny Gantz, spoke out regarding the matter, saying, “every now and then you see signs that the person exists, occasionally there are signs that the person does not exist. I think he’s with us.”

In 2015, It was reported in Israel that Deif was still alive, and that he was involved in the decision-making process in Hamas’ military wing. Deif is considered a symbol of the armed struggle against Israel and has become an icon in the Palestinian territories. During the riots in the Damascus Gate plaza in Jerusalem a week ago, demonstrators chanted slogans in praise of Deif, and the slogan “We are the men of Mohammed Deif” became a common slogan among the young people in East Jerusalem. Hamas sources claim that Deif decided to respond to the calls and intervene to help the residents of East Jerusalem in light of the events in Jerusalem, especially in the Sheikh Jarrah neighborhood.

Since operation “Protective Edge” ended, his voice has not been heard in public. However, on Tuesday, May 4, his voice came out from the shadows. In the rare statement attributed to Deif, He was heard saying that if the current “Israeli aggression” in East Jerusalem continued, Hamas’ military wing would not stand idly by.

The announcement demonstrates Hamas’ determination to try to fuel the region at all costs. More than a threat and a warning to Israel, it is a message intended for the Palestinians themselves– in this way, Gaza excites, encourages and motivates the Palestinians in East Jerusalem, giving them a moral backing. Deif’s statement is supposed to provide a great boost of motivation and an attempt to heat up the Judea and Samaria region as well.

Hezbollah leader Nasrallah expressed it well in his Speech from May 7: “Gaza’s involvement in the clashes in Jerusalem is the most important development in the Palestinian arena…”. It seems that the hawkish stance used by a Deif regarding Israel has increased, and on May 10, at 1800 hours, Hamas launched a rocket attack on Jerusalem and on Israeli communities adjacent to the Gaza Strip.