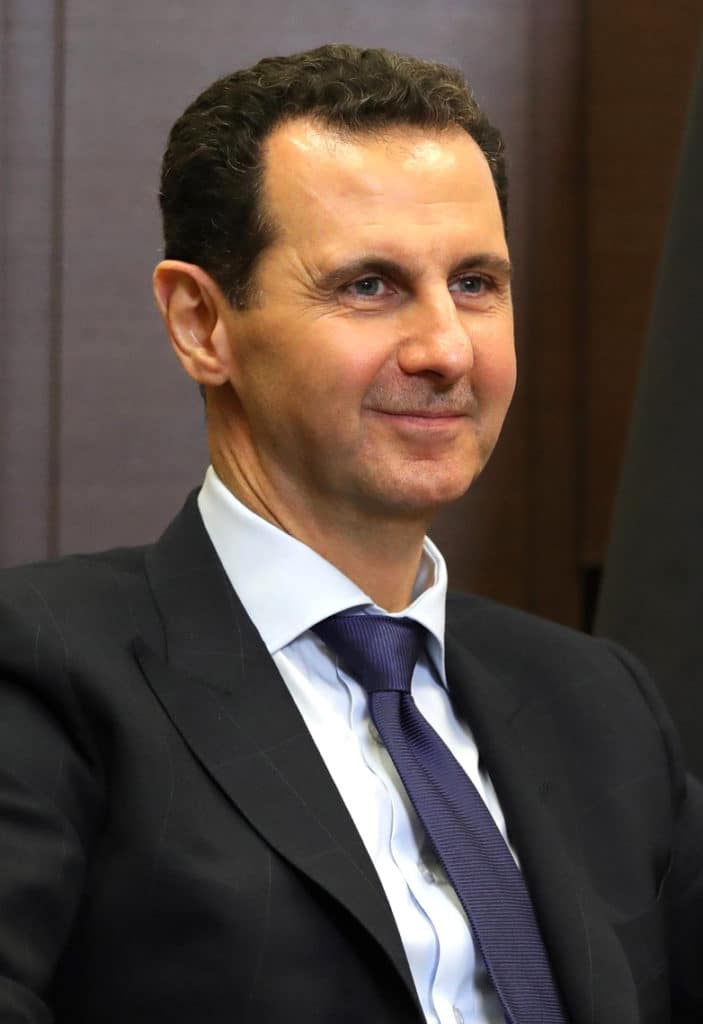 On April 19, 2021 – The Syrian parliament announced presidential elections. Nominations for the presidency could be submitted for up to 10 days, until April 28, any Syrian citizens residing abroad will be able to vote on May 20. President Bashar al-Assad, who has been in office since the death of his father Hafez since 2000, is expected to win a landslide victory again and be elected to a fourth seven-year term. 51 Syrian nominees, including seven women, applied (fictitiously…) for the position. Some of them belong to the Syrian opposition sitting in parliament (these are not opposition figures who fought and are still fighting against the Syrian regime, but rather an “approved-by the regime-opposition” who serve in parliament for reasons of appearances only). Each candidate must have the support of a maximum of 35 MPs so that in practice, only a maximum of three candidates can run against the incumbent president.

In northwestern Syria (Idlib province) they insist on opposing the elections, the Syrian opposition forces fighting against the regime, backed by Saudi Arabia and Turkey, have condemned the very intention of holding an election. According to Nasr Hariri, president of the National Coalition of Revolutionary Forces and the Syrian Opposition, the elections that are overseen by the Syrian security services, as usual, validate the regime’s continuity. Such validation is in complete contrast to the true will of the Syrian people that have been revolting against the current regime for the last 10 years. The regime’s legitimacy died with the first Bloodshed. According to the head of the political bureau of the Turkish-backed Syrian National Army, Mustafa Sejari, the opposition and Syrian Revolutionary Forces see Assad’s parliament as illegitimate. Parliament’s call for elections is invalid and is considered a farce and a lame attempt to continue Assad’s reign of terror. The opposition Solidarity Party (one of the parties belonging to the “approved opposition”) said it was debating whether to nominate one of its members or boycott the elections.

Similar to northwestern Syria, in southern Syria, with an emphasis on Daraa province, there is strong opposition to the election. The opposition is expressed in threats against citizens to abstain from voting, threats against government officials, hanging posters, and the like.

The reactions outside Syria to the upcoming elections were characterized by opposition on the one hand and support on the other. According to Turkish Foreign Minister Mevlüt Çavuşoğlu, no one recognizes the elections of the Syrian regime and they have no legitimacy.

According to reports of the al-Hurra news network, the American position is the same as the Turkish, and according to a spokesman for the US State Department, the election will not be free or fair, and the call to hold them is unreliable.

On the other hand, according to Boris Dolgov, a senior researcher at the Center for Arab and Islamic Studies at the Orientalism Institute of the Russian Academy of Sciences, the upcoming elections are an important event in Syria’s political life, indicating that the Syrian Arab Republic lives by its laws and constitution, which meet all international standards and true democracy.

Hezbollah, on its part, is making efforts to force Syrian refugees to elect incumbent President Bashar Assad, Hezbollah’s closest ally, as part of the radical Shiite axis led by Iran. In recent weeks, Hezbollah members have been holding meetings in the Beqaa with representatives of the Syrian refugees, encouraging them to vote for Assad. Hezbollah also warned the refugee representatives against the consequences of not voting for Assad. ( An article on Hezbollah’s involvement will be published separately).

Unfortunately, there are no tidings in the upcoming elections in Syria and no change will occur. Make no mistake, incumbent President Bashar Assad will be “elected” once more. In the context of Assad’s survival, we estimate that his survival depends mainly on Russian will, despite the massive presence and great influence in Syria of the radical Shiite axis led by Iran.

It should be remembered that the Russians have decades of military and civilian involvement in Syria, even before the outbreak of the civil war in 2011 and even before the radical Shiite axis led by Iran entered Syria. Russia sees Syria as a critical strategic geographical area for its influence in the Middle East and the Syrian DNA has always been conducted according to Russian will.

*Featured image on top from http://www.kremlin.ru/events/president/news/57488/photos.