Hassan Daqou – the Lebanese “King of the Captagon” 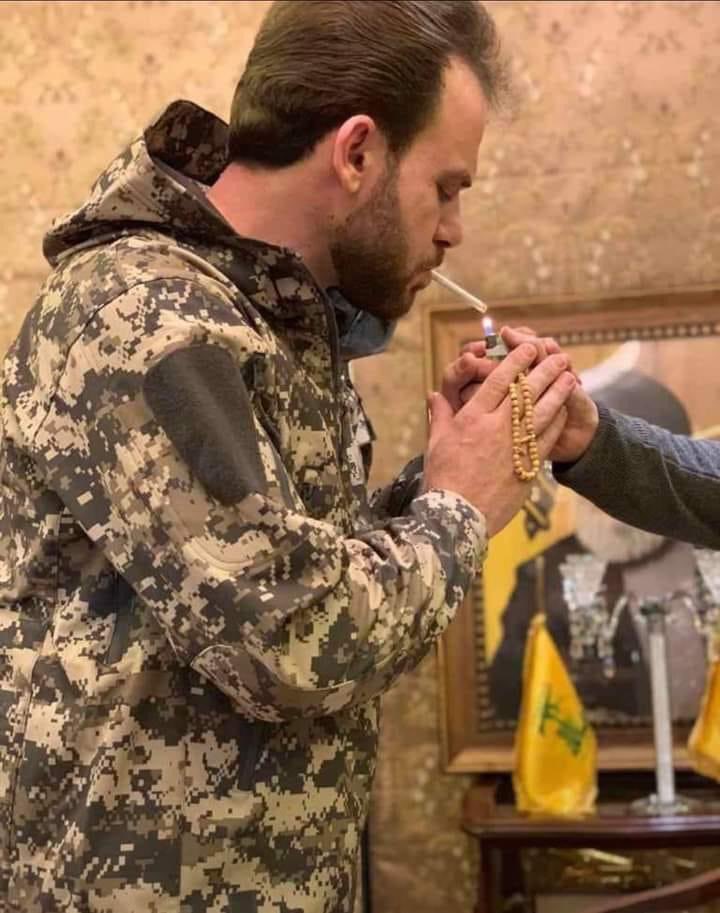 Who are you, Hassan Daqou? Why are you called the King of the Captagon? What are your ties to Hezbollah and the Syrian Fourth Division? Why are you taking over land in the border town of Tfail? What is Hezbollah building underground?

Since the seizure of drugs stashed inside pomegranates, imported into Saudi Arabia from Lebanon (April 23rd.), the Lebanese street is busy debating the issue of drug smuggling abroad. Following the incident, Saudi Arabia immediately banned the importing of Lebanese agricultural produce into the kingdom, an additional blow to the Lebanese state that is already caught up in an unprecedented economic crisis. With the promise to fight drugs, the Lebanese security forces recently announced the arrest of Hassan Daqou [حسن دقو] described in Lebanon as the “King of the Captagon”. Apparently arrested on the 9th. of April. Daqou is considered one of Lebanon’s largest drug traffickers, and his name has been linked to the production and smuggling of drugs to Saudi Arabia, Greece, and Malaysia. Daqou managed to establish a wide network of contacts in Lebanon and Syria, with political, security, and military officials close to him, which awarded him protection, power, and influence. These allowed him to get away, until now, from arrest for his criminal endeavors.

Daqou became renowned in recent years as a businessman with relationships both with Syrian and Lebanese, political, security, and legal figures. Daqou lives in the border town of Tfail, located in eastern Lebanon in the Qalamoun Mountains area. Although the town belongs to Lebanon, it overlaps with Syrian territory. Hezbollah forces took control of it in 2014, with the Syrian side controlled by the 4th Division affiliated with Maher al-Assad, brother of the Syrian president.

Not much is known about Daqou’s past, and there are different versions of his life story. According to one version, his father was one of the largest smugglers in a-Tfail. After his father died, his family sold land, and with the money, they earned Daqou opened a car showroom in Syria, between Damascus and the city of al-Nabk. At some point, he began trafficking drugs in Syria, and on his return to a-Tfail he set up a Captagon manufacturing plant. After Hezbollah took over the town in 2014, the plant was confiscated, but after a while, Daqou began collaborating with Hezbollah, expanded his business by building several drug manufacturing plants on the Syrian-Lebanese border.

Daqou became very wealthy from his criminal business, his fortune is estimated at millions of dollars, he also possesses many assets in Lebanon and Syria. The palace he built for his residence in a-Tfail is considered the most magnificent of the buildings in town.

Daqou acted as the main arm overseeing Hezbollah’s smuggling and production operations, benefiting from their trust and protection. Daqou prides himself on his close relations with Hezbollah, and in many pictures appears alongside Hezbollah emblems. These ties made it easier for Daqou to import equipment and chemicals to Lebanon for the production of the Captagon. This influence and contacts with senior political figures enabled him to set up five huge warehouses in a-Tfail with the approval of Lebanese Interior Minister Mohammad Fahmy.

In order to expand his manufacturing and drug smuggling business, Daqou took over the land, estates, and real estate in the Syrian-Lebanese border area, with an emphasis on the Syrian towns of Rankos and Asal al-Ward and the Lebanese lands of a-Tfail. For example, in a-Tfail, Daqou purchased 13,000 dunams under the pretext of establishing a cement factory in favor of developing the local industry and employing the town’s young people, which turned out to be a fake project.

Through the Caesar construction company he owns, Daqou uprooted fruit trees cultivated by the residents, confiscating dozens, and possibly hundreds of dunams of land he claimed to have purchased. Daqou also harassed residents who refused to leave their lands, and with the backing of the 4th Division, he brought in armed men from Asal al-Ward to threaten the people of al-Tfail and confiscate their property.

Displaced Syrian landowners, who dared to complain, protest, or prevent the confiscation of their lands, were threatened and expelled by the 4th Division. Most of the land he bought and confiscated, as well as the projects that turned out to be fake, Daqou allocated to people associated with him. Among them were the al-Aga family, which was reportedly responsible for the smuggling of the Captagon into the Gulf states.

After his arrest, Daqou’s wife, an attorney herself, was recorded asking one of her husband’s attorneys to try to bribe the judge. Hezbollah, for its part, was quick to dodge the scandal and distance itself from Daqou. Despite trying to avoid the scandal, Hezbollah nevertheless found itself entangled in it after it was revealed that Mitham Kumati, the son of former Hezbollah minister Mahmoud Kumati, is suspected of involvement in the Captagon trade with Daqou. Meanwhile, Kumati denies any involvement in drug trafficking.

The Area of Qalamoun on the Syrian-Lebanese border has become an important crossing for Hezbollah and the fourth division, connecting the Lebanese Bekaa province with the al-Zabadani areas in western Damascus, utilized for the smuggling of weapons and drugs. In addition to the popular anger over the land confiscation, and the conflict between the displaced residents and Daqou, the residents are afraid of the possibility of the burying of toxic substances in the area. According to Syrian landowners, a shroud of secrecy was imposed on the construction sites purchased by Daqou, while gunmen prevented approach to these locations. Some fear that the area will become a Hezbollah military base, and among the residents, there is growing concern that what is happening now is engineering works towards the building of underground protected concrete structures, suitable as weapons depots.

Another favorable video of Daqou (from his Facebook page) from February this year: