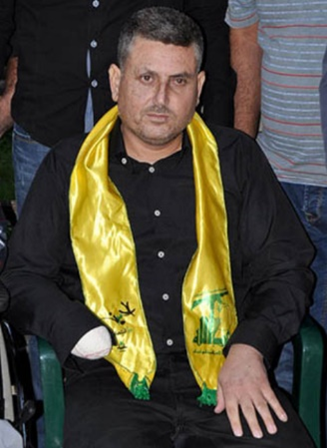 The “Rabat” (loosely translated as “the liaison”) serves as Hezbollah’s senior representative in a village and performs as Hezbollah’s official administrator in charge of the village. In the village he administers, the “Rabat” determines and confirms who the village officials on behalf of Hezbollah will be, he determines the hierarchy of the Hezbollah officials in the village, his word is final, and his decisions must be fulfilled by Hezbollah members, even those who are members of Hezbollah’s local village council. One “Rabat” may be appointed to several small, nearby villages. An area supervisor is appointed above the local “Rabats”.

The purpose of this document is to shed light on the “Rabat’s” function, a role that is a key part of Hezbollah’s civilian and military infrastructure in southern Lebanon. The “Rabats” are considered to be key Hezbollah operatives in their area. Because of Hezbollah’s information security policies and routine security practices of its operatives, especially the senior ones, there aren’t many details regarding them. However, in the document, we were able to locate the names of 23 “Rabats” from all over south Lebanon, via the information on their civilian interfaces, enabling us to locate photos and other details of some of them (see the appendix).

Another example of this could be seen in the period following the Second Lebanon War in 2006. The compensation from Qatari charitable funds transferred to Lebanon was distributed to residents whose homes/businesses were destroyed, via the “Rabat”. The distribution of funds was carried out at the sole discretion of the “Rabat” and not according to any orderly criteria. The “Rabat” also attends many social events such as ceremonies, sporting events, as well as meetings and discussions related to the management of the village.

Ultimately, even though every village has a leader and Muhtar appointed by the Lebanese government, the “Rabat” has a central role in the village’s day-to-day life. In the military aspect, by virtue of his position as “Rabat” he is familiar with Hezbollah’s military and weapons deployment throughout his village. In places where Hezbollah decides to expropriate or lease civilian land or properties from the residents for the purpose of its military activities, the “Rabat” conducts the expropriation or leasing procedure vis-a-vis the relevant resident. In addition, the “Rabat” indicates and recommends Hezbollah units of the locations and assets in his town that are suitable to serve the human shield tactic, mapping them according to their degree of value and suitability for the type of infrastructure and military weapons that are meant to be concealed in them.

In a seized (loot) document from the Second Lebanon War in 2006, one can learn the method used by Hezbollah of renting apartments and businesses in townships and villages in southern Lebanon. (see; “Hezbollah’s use of Lebanese civilians as Human Shields” – Intelligence and Terrorism Information Center, appendix 1-iii page 213). Muhammad Ala Hamid Srur, from the village of Ayta ash Shab, a Hezbollah prisoner captured in the 2006 war, described in his interrogation how Hezbollah rents the houses and apartments. The properties are leased after Hezbollah addresses the person in charge of the village on its behalf (the “Rabat”). The “Rabat” coordinates between Hezbollah and the property owner. The property owner receives a security credit through the “Rabat”, who knows him personally.

Hezbollah’s logistics unit and other units use civilian businesses in south Lebanon to procure and acquire services and equipment for military operations, usually food products, construction materials, fuel, etc. Some of these business owners are Hezbollah operatives, and some are civilians who maintain trade relations with Hezbollah. The “Rabat” is the mediator between the various Hezbollah units that need these services and the civilians providing them. The “Rabat” strengthens Hezbollah’s grip on the Lebanese village residents’ day-to-day life, their property, and needs, allowing Hezbollah to turn them into human shields on a wider scale.

The Rabat system in southern Lebanon is another clear sign that the state of Hezbollah actually controls the state of Lebanon and that Hezbollah’s power is derived from its connections to the people – Hezbollah put much work into cultivating these connections.

When analyzing the list of the village “Rabats” in southern Lebanon, much can be learned about Hezbollah’s criminal personality. The “Rabats” are involved in many crimes or in cover-ups of family members’ crimes, as well as in blackmail, threats, and sometimes even in murder. A prominent incident demonstrating this is that of Hussein Mehdi, a resident of the village of Debel located only several kilometers from Lebanon’s border with Israel. Mehdi threatened and then assaulted a woman named Faduat Salameh after she refused to sign a “contract of almutea” (a Shiite temporary marriage for a limited period of time, the relationship is meant purely for pleasure while the woman is actually considered a mistress of sorts).