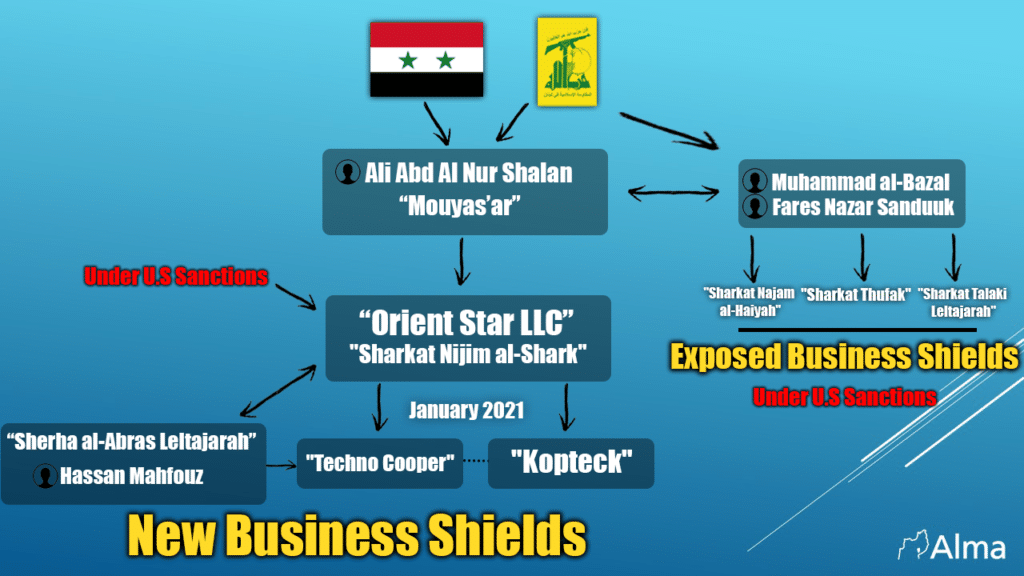 Who is “Mouyas’ar”? How is he connected to “Yasser Muhammad”? What’s his connection to the Beirut port explosion? How does he fit into the radical Shiite axis human shield tactic and the business shield tactic led by Iran? How does he keep bypassing the sanctions?

Ali Abd Al Nur Shalan (nickname: Mouyas’ar) born in the 1960s in Lebanon. Shalan is a Lebanese businessman whose business is carried out mainly in Syria and has close ties to senior Hezbollah figures. Thanks to his longstanding experience in acquiring weapons for both Hezbollah and the Assad regime, Shalan played a central role in purchasing weapons and smuggling them for Hezbollah as part of the war in Syria. Because of his actions, Shalan is considered a key facilitator for Hezbollah’s weapons smuggling and Hezbollah’s main point person when it comes to purchasing and transporting weapons and explosives.

In 2015, the U.S. Treasury Department began increasing its focus on Hezbollah’s procurement infrastructure, including procurement agents and companies involved in numerous procurement activities of sensitive technology and equipment significantly expanding Hezbollah’s weapons capabilities. In July of that year, the U.S. Treasury Department disclosed and classified the alleged suspects in this Hezbollah network; among them, Abd Al Nur Shalan.

The U.S. Treasury Department said in a statement: “Shalan is a businessman with close ties to the Hezbollah leadership, accountable for supplying weapons and materials and re-transporting them to Hezbollah and its Syrian partners for at least 15 years. Since the beginning of the Syrian civil war, Shalan has played a crucial role in the supply of weapons that Hezbollah needs….”

The “business activity” takes place under different identities and under the cover of “business shields” that are in fact seemingly “innocent” civil companies that are a “front” and are a cover, protecting and supporting the true and illegal activities of the radical Shiite axis behind the scenes. An example of a “business shield” in the energy sector can be seen in our report regarding the Lebanese energy market published in April 2021.