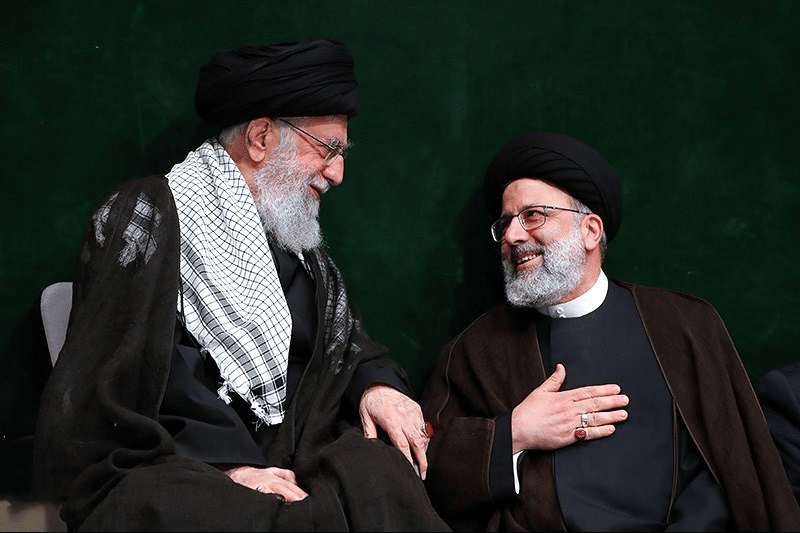 On June 18, the manipulated presidential elections were held in Iran, resulting in the victory of Ebrahim Raisi. a representative of the revolutionary conservative camp of the Islamic Republic. Raisi was elected with the extreme support of the state’s government organization.

Raisi is considered close to Supreme Leader Ali Khamenei, who in recent years appointed him to a series of senior positions in the regime, perhaps, towards his future appointment as Supreme Leader. The current candidacy for president is Raisi’s second attempt at being elected, having lost to incumbent President Hassan Rouhani in 2017.

Raisi was born in December 1960 in the city of Mashhad. According to Iranian media reports, Raisi quit school and moved to the religious city of Qom, which is sacred to Shiite Islam. In the city of Qom, he began to study in religious schools. There is no exact information about Raisi’s education or titles, but he reportedly attended the Haghani Shi’ite school. This school represents the steppingstone for many senior government figures following the Islamic Revolution; indeed, it is claimed that many of Raisi’s roles were not bestowed on him for his education or his religious education, but rather for his political relations within the revolutionary leadership, and the trust he gained from senior officials.

In the 1980s, Raisi began a career in the Iranian judicial system, and over the years served in a variety of senior positions. Raisi served as the chief prosecutor of the city of Karaj (1981) while serving as chief prosecutor of the city of Hamedan (1982-1984). In 1985 he was appointed deputy prosecutor of Tehran and moved to the capital. In 1988, his performance was reported to then-Supreme Leader Ruhollah Khomeini, who embraced Raisi giving him a free hand to deal with legal matters in various provinces in Iran, regardless of the judicial system. Following Khomeini’s death and the appointment of Khamenei as Supreme Leader, Raisi was appointed chief prosecutor of Tehran, a position he held from 1989 to 1994. From 2004 to 2014, he served as vice president of Iran’s Supreme Court, and later became Attorney General of Iran. Raisi held this position until 2016, then resigning in order to serve as chairman of Āstān-i Quds-i Raz̤avī, a wealthy and influential religious charity. Since 2019, Raisi has served as head of the judiciary, directly appointed by the Supreme Leader.

Raisi is an advocate of severe crackdown on dissidents and protesters against the Islamic Republic. This prominent characteristic contributed to his advancement in the Iranian judicial system over the past 40 years until becoming head of the judiciary. The darkest part in this regard is his role in the 1988 political executions as attorney general after the Iran-Iraq War. It was in this context, he was a member of the “Committee of Four” (the “Committee of Death”) which in light of its resolutions and approval that at least 5,000 political prisoners were executed in prisons by hanging. This bestowed him his nickname among opposition circles; “the executioner from Tehran”.

In light of this, and in light of his role in suppressing the popular protests against the regime in 2009, Raisi is on the international sanctions list due to his human rights violations. After announcing his presidency as the new president of Iran, Amnesty International, Agnès Callamard, called for his indictment for what she called, “crimes against humanity”.

Many claim that there is a similarity between Khamenei and Raisi, and that he has even been marked as the Supreme Leader’s future successor. Like Khamenei, who was titled as an Ayatollah overnight, when he was appointed supreme leader of the Islamic Republic, five years ago, the government’s media suddenly decided to use the title of Ayatollah for Raisi. Ideologically, Raisi’s view of the West is similar to that of Khamenei, both are known to be very suspicious of the West. Prominently, they both share their deep distrust of the U.S.

Is there any significance to the election of Raisi who is considered extremist compared to the previous president, Rouhani, who is considered moderate? What will be the impact of Raisi’s choice on the nuclear deal or Iran’s regional policy in the Middle East?

Iranian policy in general and Iranian regional policy in the Middle East, in particular, are determined by the Supreme Leader and not by the President.