The Takeover of the “Triangle of Death” by the Radical Shiite Axis in Southern Syria! 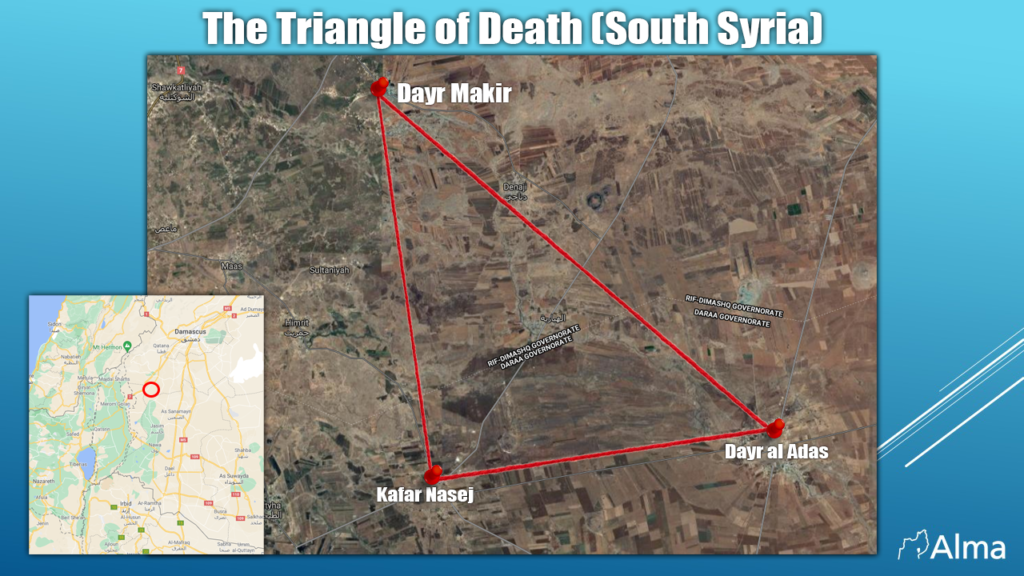 The radical Shiite axis led by Iran, through Shiite militias and Hezbollah, has taken control of dozens of properties in the villages Kafar Nasej, Dayr al-Adas, and Dayr Makir, a geographical area also known as the “Triangle of Death”.

This is a geographical area of ​​strategic importance as it is located near the latitude and longitude roads in southern Syria that connect to Damascus with an emphasis on the latitude road (east-west) leading to Quneitra and near the longitudinal (north-south) Daraa-Damascus highway.

The area is called the “Triangle of Death” in light of the heavy fighting between the rebels and the Syrian army over control of the area during the civil war and the many casualties in the battles.