The Continuation of a Wonderful Friendship: A Visit of Hezbollah Representatives to the Rachidiyeh Palestinian Refugee Camp 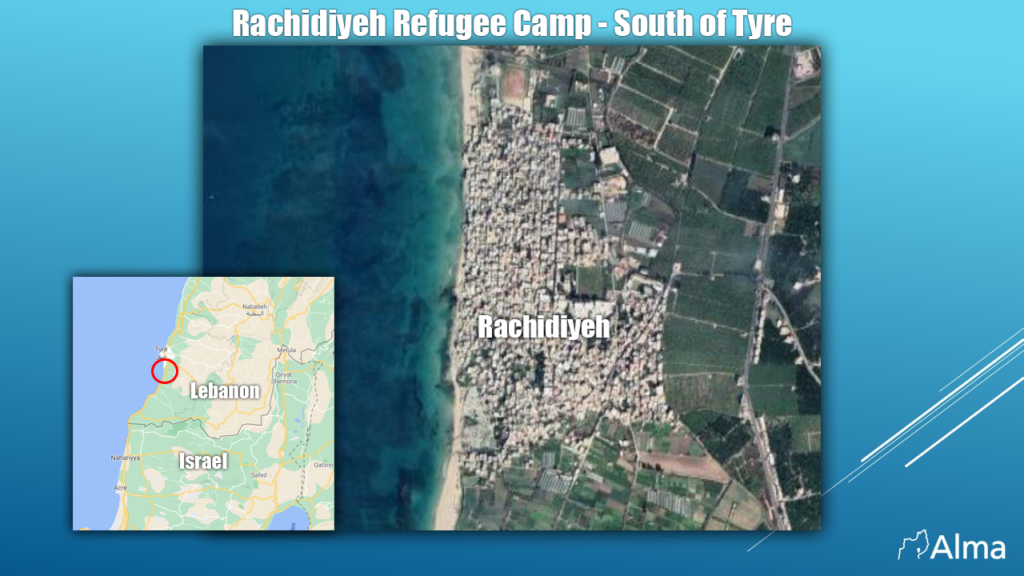 The Palestinian issue was part of the meeting’s list of topics, especially with regards to the post-battle era of the latest escalation in the Gaza Strip last May. It was emphasized in the meeting that the Lebanese-Palestinian relationship is a powerful weapon against the enemy, and that there should be continued cooperation and preparation for the next great victory.

Hamas has a well-based civilian and military infrastructure in this refugee camp and operates in the camp in cooperation with Hezbollah. Hamas established in the camp, among other things, an independent rocket manufacturing and development array.

Coordination in general, particularly military coordination between Hezbollah and Hamas in the Gaza Strip and in Lebanon, is done continuously. Iran and Hezbollah see the Sunni Hamas as an additional branch assisting the radical Shiite Axis against its war with Israel, and they strive to turn Hamas into a full-fledged Iranian proxy.