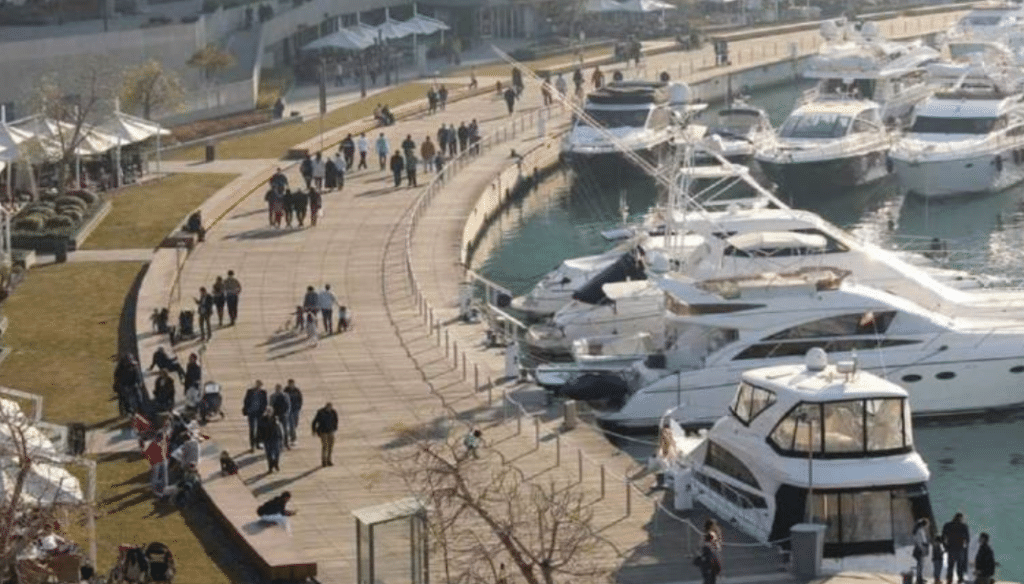 A video of Zahraa, daughter of Hezbollah senior Abbas Alharakeh, head of Hezbollah’s “Second Area” (A name given by Hezbollah to an area that is part of southern Lebanon), was posted on social media several days ago showing her celebration of her birthday with her friends on a yacht in the Zeituna Bay area in Beirut.

The video received much criticism and caused many to speculate about the social classes that were created as a result of the dire economic crisis in Lebanon. In contrast to the other Lebanese citizens, Hezbollah operatives’ salaries are paid in dollars and are not affected by the Lebanese pound’s value. Hezbollah, on one hand, is trying to create a down-to-earth and humble image for itself, and on the other hand, its senior operatives’ families celebrate lavish birthday parties.

The video of the birthday party: