Is Hajj Khalil Harb the New Commander of Hezbollah’s Unit 133? What is his Connection to the Crime Families in Southern Lebanon? 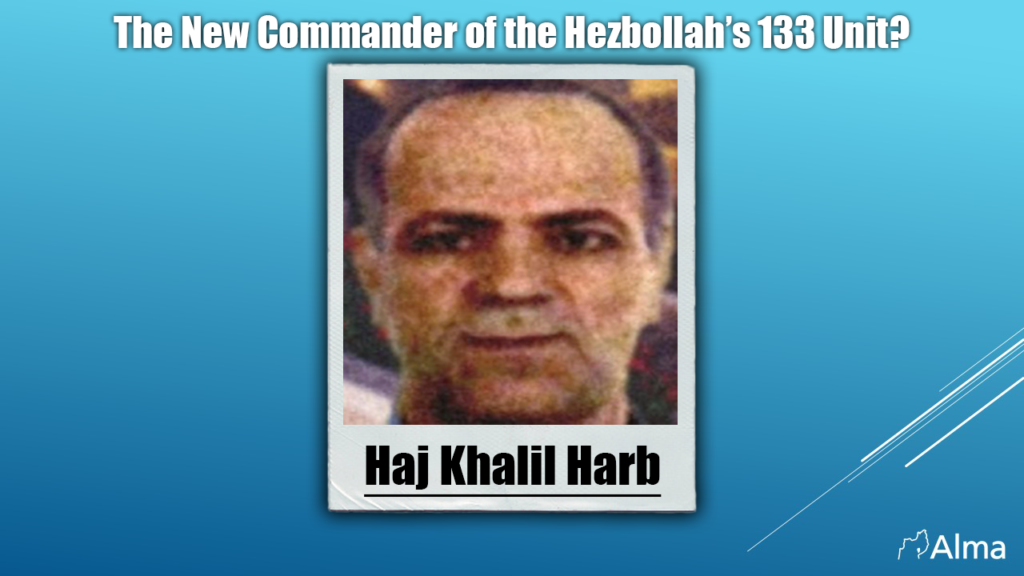 In the last several months, Hajj Khalil was appointed by Hezbollah to assist Hezbollah’s Unit 133, and it is possible that he was even appointed to be its commander.

Lately, the IDF published a picture of Hajj Khalil Harb, the mythical commander of Unit 1800 (“Lebanon-Palestine Operations”) that was dismantled over a decade ago and was responsible for Palestinian terror attacks on Israel. It was stated that Harb was involved in the weapons and drugs smugglings from southern Lebanon into Israel. Several media outlets published that Harb’s status in Hezbollah was tarnished and as a result, he was forced to involve himself with weapons and drugs smuggling in southern Lebanon. The opposite is true in our assessment. Hajj Khalil Harb was already “called back to duty” by the Hezbollah leadership several months ago. Perhaps Hezbollah was dissatisfied with Unit 133’s current performance (Unit 133 was established instead of Unit 1800) after its failure to establish terror infrastructures against Israel. In light of this, Harb was appointed by Hezbollah to assist Unit 133 and might have even been appointed as its commander.

Harb’s primary objective today is to strengthen Hezbollah’s collaborators’ and assistants’ terror infrastructure inside Israeli territory. Among other methods, he is trying to do this by rehabilitating the weapons and drugs smuggling infrastructure on the border with Israel, in cooperation with the crime families in southern Lebanon, which he has known well since his days as commander of Hezbollah’s Unit 1800.