Who are you Tarek el Bitar? Getting Familiar with the Man who Frightens Hezbollah 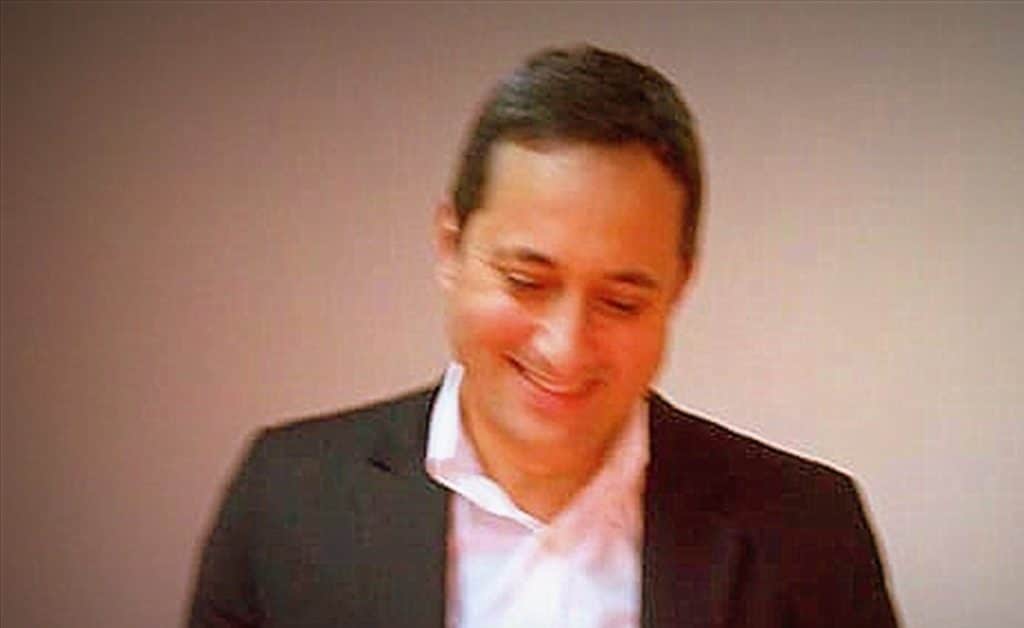 Who are you, Tarek el Bitar?

Tarek Fayez al-Bitar was born in the town of Aydamun in the Akkar district on November 24, 1974, to a Catholic Christian family. He grew up in Tripoli, where he now lives in the al Qubah neighborhood. He is married to Julie Hakmeh, a Maronite Christian, from the village of al Qoubaiyat, near his hometown. Tarek is the father of two children: 13-year-old Christina and 9-year-old Elie.

Before Tarek was born, his father, Fayez el Bitar, returned to Lebanon after a period of living outside Lebanon. His father set up shop in Tripoli to support his family. Tarek’s mother is Nahid Tahame. Tarek’s parents established a secular, non-religious home. Tarek has five brothers: Omar el Bitar, who served as mayor of Aydamun from 2004 to 2010; Alejandro, Ziad, Samir, and Marwan.

Tarek attended the al-Freir School in Tripoli. He graduated in 1999 from the Lebanese University. After graduating, he completed his studies at the Institute for Judicial Studies, graduating in 2003.

From 2004 to 2010, Tarek served as a senior criminal judge in Tripoli. From 2010 to 2017, he served as attorney general for appeals in the Northern District, and from 2017 he served as president of the Criminal Court in Beirut. In February 2021, he took over the investigation into the explosion at the Port of Beirut, parallel to his current role.

His legal experience is varied. He has previously tried numerous cases of all types, including cases of terrorism, murder, rape, drugs, financial crimes, and kidnapping cases. Tarek also tried malpractice cases. On this issue, there is one famous ruling of his, in which he set a precedent in favor of a girl whose four limbs were amputated due to medical malpractice.

Tarek is not recognized as having a clear political affiliation. It is claimed that his family affiliation is with the Syrian National Socialist Party. It is also alleged that he supports Jubran Basil. To our understanding, he performs his role without any political interests.

Tarek knows from his personal experience what it is like to be threatened. In July 2020, an attempt on his life was made by a defendant in a drug case he was trying. The assassin tried to place two bombs near Tarek’s office but was stopped by security forces at the scene at the last minute.

Tarek initially refused to accept the port investigation explosion. In February 2021, after the first investigating judge, Fadi Sawan, was ousted, Tarek agreed to take on the investigation. Tarek is considered a dedicated working person (he usually awakes very early at 0430 every morning), is kind, modest, and has an exceptional sensitivity to vulnerable populations and populations with special needs.

As far as the State of Lebanon is concerned, Tarek el- Bitar is the right man at the right time. The direct responsibility for maintaining his personal security and the investigation’s integrity is on President Aoun, Prime Minister Mikati, Head of General Security Abbas Ibrahim, and Army Commander Joseph Aoun.

Hezbollah has threatened Tarek Bitar. Hezbollah is campaigning against him on social networks. Hezbollah members, led by Nasrallah, are publicly speaking out against him and the investigation, and Hezbollah even sent emissaries with direct and explicit threats. At this point, Tarek is sticking to his goal and is standing firm behind what he said upon receiving the appointment …