What is happening in the Al-Bukhmal area of ​​Syria? 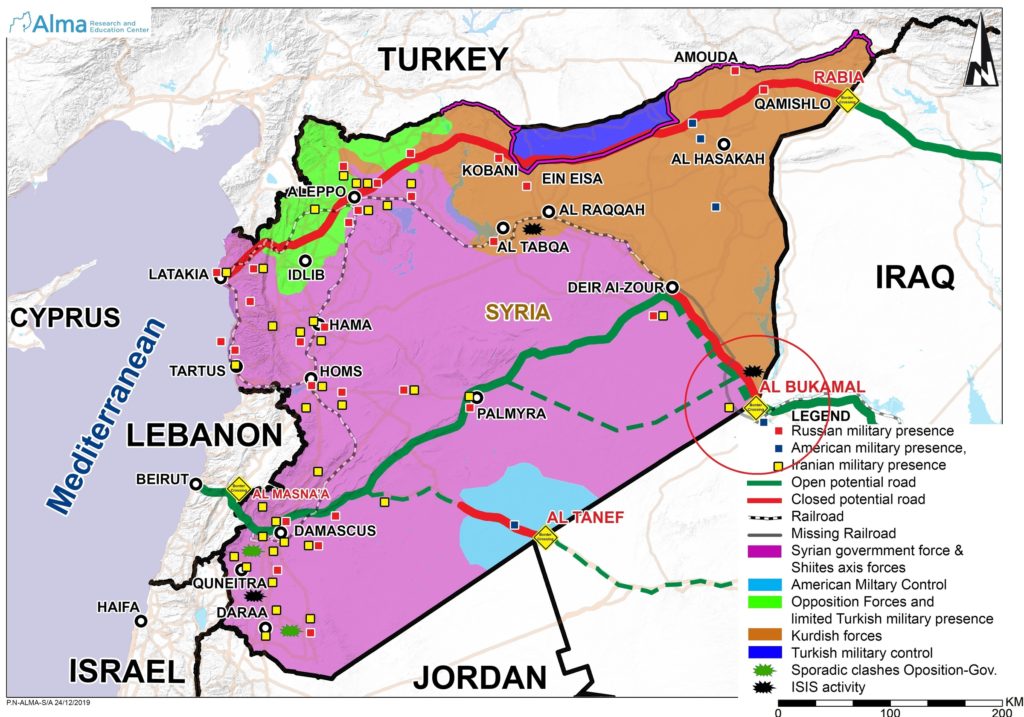 Al-Bukhmal is on the main route of the Iranian land corridor to Syria and Lebanon. There are reports of the construction of another major Iranian base east of the Euphrates River.

At the same time a Russian desire a foothold in the land crossing between Iraq and Syria. The Russians claim that their very presence in the area will prevent airstrikes. But the Iranians refuse, claiming that they have been promised exclusive control of the land crossing.

In terms of cost versus benefit, the Iranians probably prefer to absorb airstrikes, rather than a Russian presence that might prevent the transfer of Iranian weapons to Syria and Lebanon through the mainland corridor.