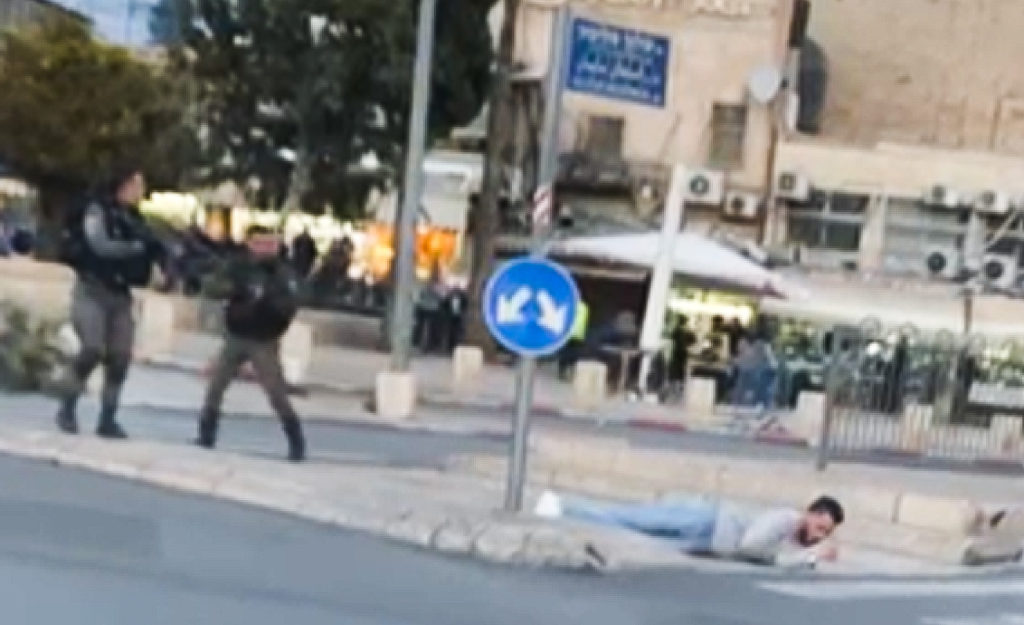 This week there were a few incidents in the Palestinian arena that highlighted the security challenges facing the Israeli police.

In the first incident, a terrorist from the West Bank arrived in Jerusalem and stabbed a Jewish citizen several times. He tried to stab a Border Police officer who ran to stop him but the policeman managed to fend him off and together with another policewoman they fired at the terrorist. Lying on the ground and attempting to get up, the policewoman shot him once more. The whole event lasted about 30 seconds. Although the entire incident was recorded on street cameras, videos of the incident distributed on Palestinian networks did not include images of the stabbing of a Jewish citizen (dressed in ultra-Orthodox Jewish attire). This drew criticism against the Israeli police, both from Arab Knesset members and from Hamas, which claimed that there had been an execution there. Some of the reports in English spoke of “Israeli police shooting a Palestinian” without mentioning that he was brutally and violently stabbing an innocent civilian, seconds before he was shot which you can see here.

The policemen did what they were trained and trained to do – to neutralize a terrorist who came to kill with a knife or other weapons he could have brought for his attack- an explosive belt or a firearm. There have been cases in the past where Israelis were killed in terrorist attacks in which the perpetrators used more than one weapon. There are records of terrorist attacks in which terrorists who were shot by security forces, continued to try and kill with a knife, pistol, or explosive belt. The police officer trained to neutralize the danger cannot know the exact second in which the terrorist stops being dangerous as long as he continues to move.

In the second incident, a 15-year-old Palestinian took his father’s vehicle and at 1:30 AM rammed the SUV into a Border Police checkpoint in the West Bank. A security guard at his post was slightly injured. Deliberate ramming attempts against Israelis in the West Bank occur frequently and, in an attempt to defend himself, the security guard shot the driver. Here too, there was criticism of a shooting at a 15-year-old boy. It is important to note that quite a few Israelis have been killed in such car ramming’s in recent years.

In meetings with the groups that come to the Alma Center, we often discuss the issue of how Israel is perceived in the world and whether it makes sense to treat Israel according to Western moral standards, while our enemies have a completely different scale of values. I am of the opinion that Israel should be treated like any Western country. I would not want to be treated with forgiveness just because I have murderous regimes around me like Bashar Assad in Syria for example or the rule of terrorist organizations like Hezbollah in Lebanon and Hamas in Gaza.

Israeli policemen conduct themselves like the policemen in Western countries who encounter these same attacks. Both in France and in Britain, policemen are trained to neutralize a terrorist who is suspected of carrying an explosive belt or another weapon beyond what he has already used. This has happened several times in the last two years and has even been filmed and published.

To write these words, I have gone through terrorist attacks in recent years in Paris and London. I watched interviews of the citizens who were in the area. The shock and fear are evident on their faces as these are very unusual events in the capital cities of Europe.

In recent years, the security situation in Israel has been relatively quiet – this means several dozen stabbing or car-ramming attacks per year, mainly in certain areas of Jerusalem and the West Bank. Today we had another stabbing in Jerusalem – a 15-year-old Palestinian stabbed a mother in front of her children and run away. The stabber was found and arrested in the school. The mother was injured. Last week, a civilian was killed and three were injured in a shooting attack in the Old City of Jerusalem. However, Palestinian terrorist organizations have failed to carry out high-profile suicide bombings. A Hamas cell that intended to carry out such an attack was apprehended by the Shabak only two weeks ago in the West Bank.

Even so, when I travel in Tel Aviv and pass an ambulance, I automatically ask myself if a suicide bomber has just exploded on a bus – because that is in my subconscious meaning of an ambulance in Tel Aviv. I cannot get rid of it because I have experienced it so many times.

Even during relatively calm periods, it is very natural in Israel to have a security guard at the entrance of a mall. When you stand in line for a train you examine who is standing in line with you. If you see a bag lying on the street without its owner – you call the police.

Despite all this, it is important for me to emphasize that it is safe to travel in Israel. We feel safe in our daily lives. But our sense of security is different from that of English-speakers overseas. And this sense of security we owe to the security forces who do their job. At times it seems like dirty work – but it’s the way to save lives and fight terrorism. And those who engage in terrorism – will take into account that the Israeli security forces will do everything to protect the lives of Israelis.