The Explosion in Hamas’ “Jihad Hall” in South Lebanon 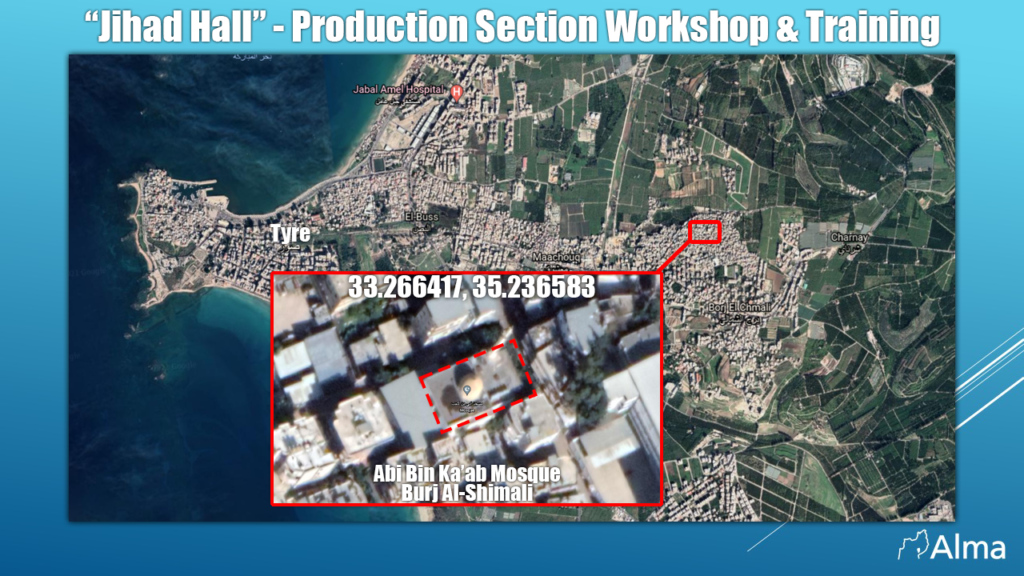 On December 10, a large explosion occurred in a training complex and a Hamas weapons production workshop in the Palestinian refugee camp of Barj Al-Shamali, near the city of Tyre in southern Lebanon. The compound is called “Jihad Hall” and is located near the “Avi Ben Kaab” mosque.

Hamas’ human shield tactics in Lebanon are causing the injuries and deaths of civilians. On the intensification of Hamas in Lebanon, see our special report that we published in October.

Engineer Hamza Ibrahim Shahin was killed in the explosion. The funeral service (12/12) in the Barjah al-Shamali refugee camp turned into a shootout between Palestinian factions in the camp (Hamas and the Fatah movement).

In the camp, which is controlled by the Fatah movement, there is traditionally tension between Fatah and Hamas. The explosion in Hamas’ weapons depot apparently angered Fatah operatives who decided to show Hamas who is the “Boss” of the camp. As a result of the shooting, a number of Hamas supporters (reports ranging from three to five) who came to the funeral from other refugee camps such as Ain al-Hilweh and Mieh Mieh were killed. In addition, several other people were injured. Among them, Zahar Jabarin, in charge of the prisoner file and a member of the Hamas political bureau, was slightly injured.