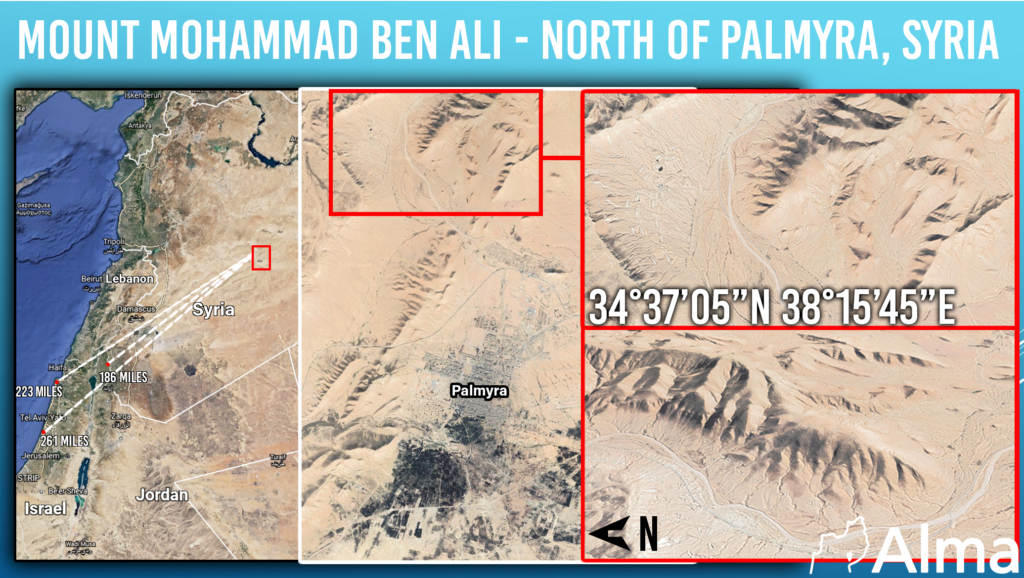 The area of ​​Mount Muhammad ben Ali, located about a few kilometers north of the city of Palmyra in eastern Syria, Serves as a fortified compound of the radical Shiite axis led by Iran. The site is equipped with medium-range and long-range surface-to-surface missiles inside fortified shafts.

In our estimation, the medium-range missiles are of the Fateh 110 type or Shahab 1 or Shahab 2, ranging from 300 kilometers to 500 kilometers (187 miles to 312 miles). The long-range missiles are Scud D (a Russian-made missile owned by Iran, the Syrian army, and also by Hezbollah) or Zolfaghar (a long-range version of Fatah 110) that reach a range of up to 750 km (468 miles). It should be noted that Fatah 110 missiles (also called M600) constitute the main array of Hezbollah’s medium-range missiles and Hezbollah’s missile accuracy project focuses on them.

The area of ​​the city of Palmyra is a significant part of the land corridor within Syria. The radical Shiite axis led by Iran has deployed many forces in the Palmyra area. In light of this and topographic analysis of the area, we highly estimate that air defense systems (probably made in Iran) were installed to secure the land corridor in general and the surface-to-surface missiles stationed there in particular.