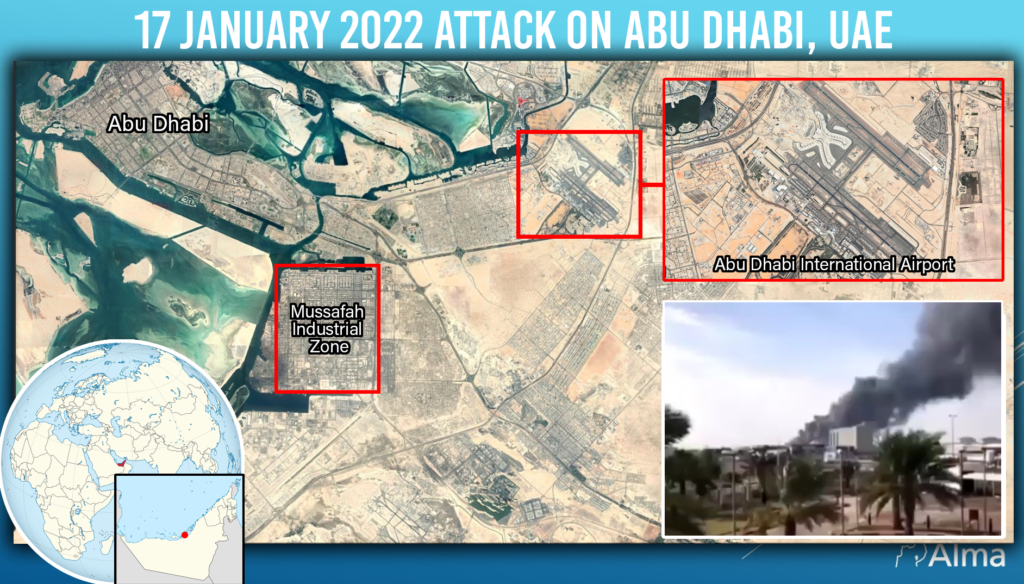 The UAE has recently stepped up its involvement in the militant coalition against the Houthis in Yemen and this is probably retaliation.

According to our information, the Houthi UAVs were launched at Abu Dhabi from Sanaa Airport, a distance of 1,470 kilometers. The Iranian-made UAV a Delta wing “Shahed 136” has an operational range of up to 2,200 kilometers.

The challenge for Israel: theoretically, such UAVs can be launched by the Houthis from Sanaa and reach as far as the Tel Aviv area.