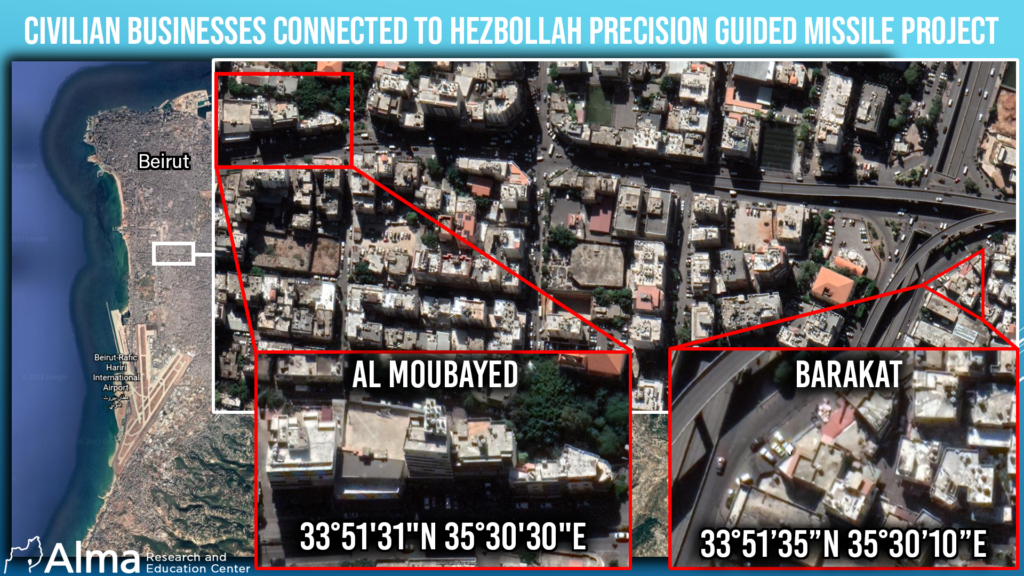 On February 6, Israel issued a seizure order signed by the Israeli Defense Minister against three Lebanese civilian companies linked to Hezbollah’s missile precision project. The three companies are “Moubayed”, “Barakat”, and “Tufayli”. These companies are said to trade-in machines, oils, and ventilation systems, which are required, among other things, as raw materials for Hezbollah’s production system in general and Hezbollah’s missile precision project in particular.

Such a “seizure order” allows the companies listed there to be “blacklisted” in international financial systems. This is not the first time such an order has been carried out against Lebanese companies associated with Hezbollah.

Since Mr. Bakdash does not know these companies and has no information about them, we would like to help him locate the three companies: