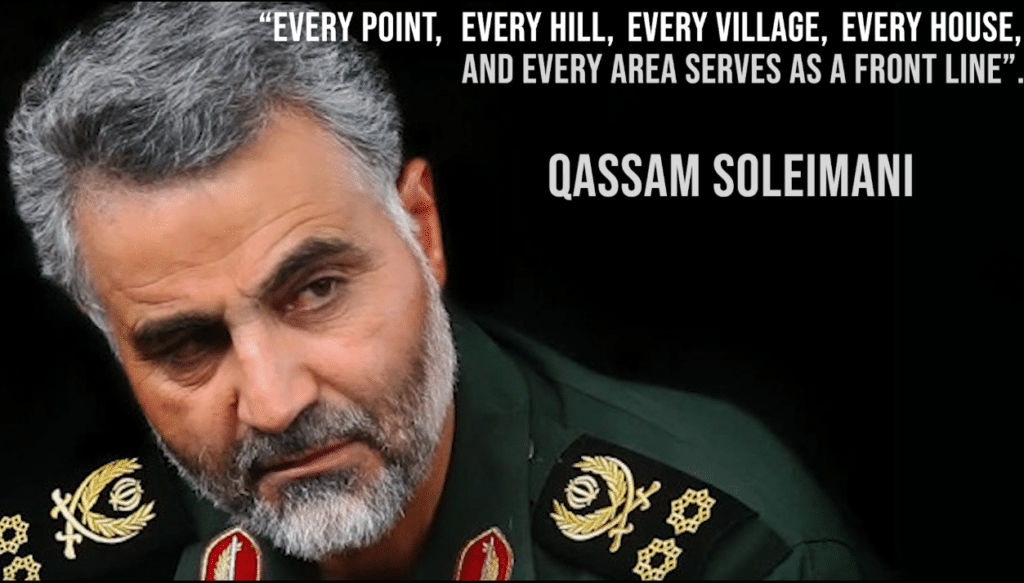 Following the withdrawal of the IDF from the security zone in southern Lebanon in May 2000, Hezbollah wrote in large and clear letters in its vision for the future that they must establish military infrastructure on the front of the Syrian border with Israel in southern Syria.

The main goal is to open another frontier from the Syrian border against Israel in addition to the Lebanese frontier so that there will be one continuous front against Israel from the Mediterranean to the Syria-Jordan-Israel tri-state border.

The Syrian civil war allowed the radical Shiite axis led by Iran in general and Hezbollah, in particular, to gain a significant foothold in the geographical area of ​​southern Syria (the Syrian Golan Heights) near the border with Israel. If Iran aspires to create a physical geographic front against Israel, that aspiration is coming true in southern Syria.

One front which consists of two sectors, the Lebanese and the Syrian, allows Iran and Hezbollah flexibility to act against Israel on the one hand and forces Israel to split military attention on the other. We have witnessed the civilian and military establishment of the radical Shiite axis headed by Iran in southern Syria in recent years.

Establishment activity in southern Syria duplicates the “Hezbollah model” in Lebanon. The establishment is reflected in the civilian population through social, religious, and economic activities in the civic aspect. In the military aspect, we see broad deployment of military units that are assimilated in the field and operate behind the Syrian human shield. They are also incorporated within the framework of the activities of the local Syrian armed forces.

Today, terrorist activity against Israel is carried out from two sectors (Lebanese and Syrian) that form one front. Over the past two years, we have witnessed the implementation of a “one-front strategy” by Iran and Hezbollah in laying explosives and snipers firing from both sectors. The Iranian “single front strategy” was particularly evident in the escalation in the Gaza Strip in May 2021. During these events, several Iranian-sponsored operations were carried out, including rocket fire from Syria and Lebanon, infiltration into Israeli territory, bombings, and violent demonstrations from Lebanon.

Despite the above, for Iran, the “single front strategy” does not require a physical-geographical front against Israel (Lebanon, Syria, and the Gaza Strip). This strategy is relevant and can directly work against Israel from Yemen, Iraq, and even Iranian soil.

To address this threat, Israel needs to adopt the same approach of one front but from the opposite direction. Israel’s strategy must include both the military response and the political and economic response.

Today, Israel is forming political, military, and economic alliances with several moderate Arab countries like the United Arab Emirates, Bahrain, Morocco, and even Saudi Arabia. These alliances form part of the strategy for one Israeli-allied front against the one Iranian front strategy. These alliances allow Israel, among other things, the military advantage of geographically getting closer to Iran (a military advantage). In addition, it enables Israel to create a corridor of economic trade that is also a counterweight to the radical Shiite axis led by Iran.