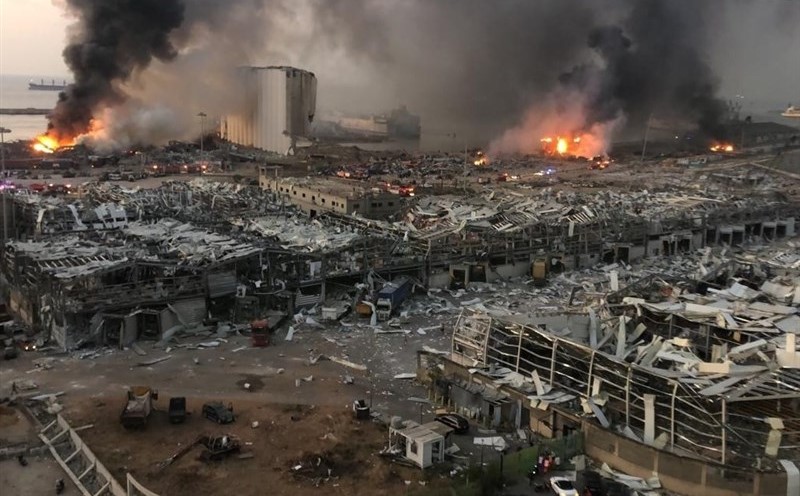 Public opinion in Lebanon demands that a thorough investigation be carried out into the explosion that occurred at the Port of Beirut in August 2020 and that the culprits be apprehended and brought to justice. The preoccupation with the explosion and related corruption has not completely disappeared from the current Lebanese election campaign. However, dealing with the explosion is marginal, mainly among the political parties which are unlikely to have any real influence or seats in parliament.

It is possible that after the election, the port of Beirut explosion investigation might return to center stage when the government has to address the continuation of the investigation and its findings.

The truth regarding the explosion will likely be hidden or distorted, and the findings and conclusions of the investigation will be derailed. A petty scapegoat will probably be found accountable, relieving the blame from the Shiite groups: Hezbollah and the Amal.

Following is a brief reminder of what transpired and the current status:

On August 4, 2020, a large explosion occurred in the port of Beirut. The explosion killed 215 people and injured more than 6,000. There was extensive destruction to the port’s area and many Beirut neighborhoods in the vicinity. The explosion was caused by about 2,750 tons of ammonium nitrate stored in the port in November 2013.

Hassan Nasrallah was quick to issue a statement denying the possibility that Hezbollah was holding weapons in the port and called for social solidarity and assistance to the state. The allegations were directed at all heads of state and their leaders. The Lebanese government resigned on August 10, 2020, following the protests.

Subsequently,  a commission of inquiry was established headed by judge Fadi Sawan. Sawan was dismissed in February 2021 following Hezbollah’s intervention and was replaced by Judge Tarek Bitar. The two judges asserted that senior Lebanese figures (including former ministers), including senior Hezbollah and Amal ministers, should be investigated and prosecuted, including senior Hezbollah and Amal figures who held positions related to the port and who were held responsible for the neglect that led to the disaster. Other people were wanted for questioning.[1]

Hezbollah and Amal claim that Bitar is overstepping his duties and is politically motivated against them. They argue that his investigation will not lead to the truth and call for his resignation. Lawsuits were filed demanding a halt to the investigation, which even suspended the investigation several times. Bitar has also received direct threats from senior Hezbollah figures. Members of the Lebanese security forces are also “lingering” in executing the arrest warrants issued by Bitar.

Mikati’s government, formed on September 10, 2021, faced a cabinet meeting calling for Bitar’s impeachment, but the majority sided with the judicial system and refused to impeach him. In October 2021, demonstrations against Bitar led to violent riots, during which six Hezbollah supporters were killed in the al-Tayyoune neighborhood in Beirut.

Meanwhile, Mikati’s government decided in February 2022 to demolish the grain silos in the port of Beirut and erect a memorial to those killed in the explosion.[2] The demolition of the silos was contrary to the sentiment of the families of those killed and injured by the incident. A French company also won a tender for the construction of grain silos and the restoration of part of the port and their ongoing operation.[3]