The Lebanese Parliament Elections (May 15, 2022) – Initial Results and Implications 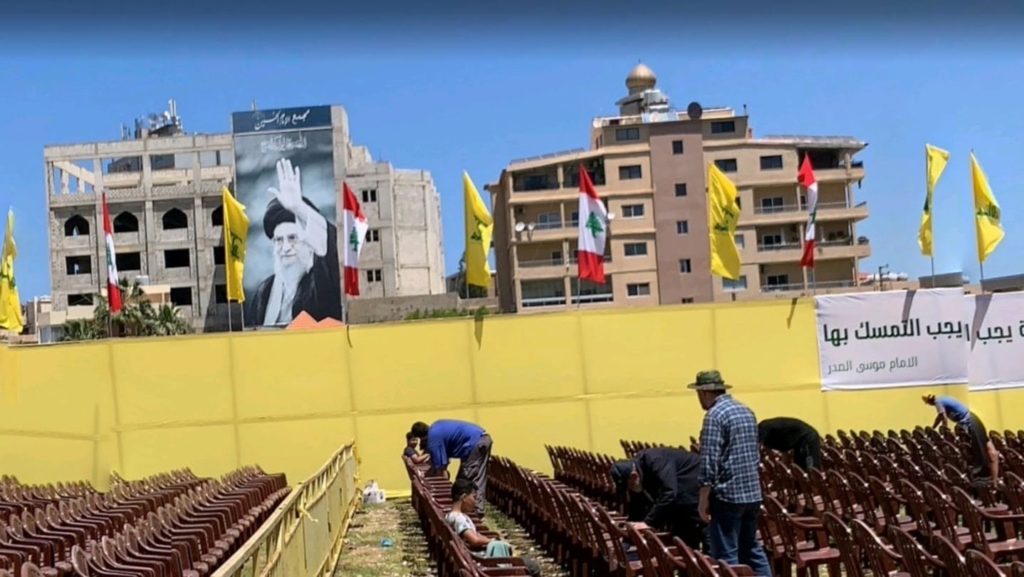 By: Tal Beeri and Teddy Sapir

Key results* and characterization of trends:

The turnout in Lebanon’s current elections was only about 41 percent. This compares with nearly 50 percent in the previous 2018 elections and about 55 percent in the elections before them. From routine monitoring of the media and social networks, the election appears to have passed with many violent incidents, irregularities at the polls, allegations of forgeries, threats, digressions, and overall “Lebanese democracy at its best.”

As you may recall, the Lebanese parliament has 128 seats. The division is according to the Taif Agreement (1989), which brought an end to the Civil War in Lebanon (1975-1990) and led to equal representation of Christians and Muslims in Parliament. The division is as follows:  64 are intended for Christians (34 for Maronites, 14 Greek Orthodox, 8 Greek Catholics, 5 Orthodox Armenians, 1 Armenian Catholic, 1 Protestant, and 1 minority (small Christian communities)). 64 for Muslims and Druze (27 Shiites, 27 Sunnis, 8 Druze, 2 Alawites).

The Shiite duo (Hezbollah and the Amal movement) won the exact number of Shiite seats (13 for Hezbollah and 15 for Amal). Regarding voting patterns of the Shiite base, we do not see any change; the Shiite opposition, apart from Hezbollah and Amal factions, was unable to gain any achievements. Nevertheless, Hezbollah lost in terms of its parliamentary bloc along with the Free National Movement party (which plummeted by 10 seats), effectively losing its majority coalition in parliament. Another point is the loss of the Druze support when Talal Arslan and Wiam Wahab, Hezbollah allies, lost, and in their place, Walid Jumblatt’s party (the “Progressive Socialist Party”) won nine seats. Hezbollah’s coalition (the “March 8 camp”) in parliament has essentially been reduced to 63 seats (a loss of 11 seats from the previous parliament).

Samir Geagea managed to lead his party (“The Lebanese Forces”) into gaining 18 seats in parliament and becoming the largest Christian party in parliament, at the expense of “The Free National Movement” party led by Gebran Bassil and President Michel Aoun, the second-largest Christian party with 17 seats. On Election Day, Bassil tried desperately to claim that the election was a conflict against the United States and Israel. The al-Kataeb (Phalanges) party, considered opposed to Hezbollah, gained five seats (up from three), while Suleiman Frangieh’s party, an ally of Hezbollah, dropped from five seats to merely two seats.

The current elections were characterized by the formation of independent non-sectarian parties, which combine several different religious individuals and are based on professional and public experience and knowledge, such as the “Civil Society Movement,” which won 15 seats. In addition, 11 independent candidates not affiliated with any traditional parties managed to be elected. They won seats at the expense of former parties.

Will the results positively affect the stabilization of the Lebanese political system?

It will still be a while before the Lebanese political picture stabilizes, if at all. The large split in parties, unions, elected candidates who have announced joining one camp or another, and other changes will impact the situation until the blocs stabilize. The new situation may exacerbate disagreements and cause a prolonged political deadlock.

Did Saad Hariri’s call for a boycott of the elections mean anything, and did it succeed in influencing the Sunnis?

Despite the call for an election boycott, the Sunni camp took part in the elections and voted for independent candidates who were not Hezbollah allies. However, he did not take advantage of this and did not push for a dominant and strong agreed candidate to unite with Samir Geageaso that they might be able to lead to real change together.

What is the effect on the election of the Speaker of Parliament?

Samir Geagea and Ashraf Rifi (the former head of the General Security Organization who managed to secure two seats) made it clear that they would not support the candidacy of Nabih Berry (the current House Speaker and Chairman of the Amal movement) for a further term as House Speaker. This is a meaningless threat since the candidate must be Shiite. Therefore, the House Speaker will be selected from among the Hezbollah and Amal representatives. A potential candidate to replace Nabih Berry is Muhammad Ra’ad, head of Hezbollah’s “Loyalty to the Resistance Bloc” faction in parliament, which won the highest number of votes among Hezbollah candidates. However, the Amal movement will not readily give up the position of House Speaker from within its ranks.

What is the effect on the election of the Prime Minister and the President?

As long as a Prime Minister, who must be from within the Sunni community, is not elected to form a new government, the current government led by Mikati serves as a transitional government. At this point, it seems that the question of the new prime minister’s identity remains open…

The position of President of Lebanon will be vacated on October 31, 2022. Three candidates consider themselves suitable for the presidency – Samir Geagea, Jubran Bassil, and Suleiman Frangieh. But will the current commander of the LAF, Joseph Aoun, eventually be chosen? Or maybe former LAF commander Jan Kahwaji will be “parachuted in” as a default candidate to prevent the political system’s dissolution?

Hezbollah is here to stay and is a major player.

It is a misconception and a misrepresentation to display reality as though Hezbollah allegedly suffered a defeat. Hezbollah will have the power and strength to influence all the abovementioned issues. In any scenario, Hezbollah cannot and should not be ignored as a major political player in Lebanon. All political actors, including Geagea himself, know and recognize that there is a need to talk to Hezbollah. Hezbollah is here to stay and will remain publicly or in secret at the political decision-making level.

Hezbollah can imply the use of force to impose its will, or create a situation of deliberate deadlock, as it was before the election of Michel Aoun as president or as it did during the attempts to form the government. Such a situation will lead to a compromise in which candidates who are agreeable to Hezbollah are appointed.

We are already witnessing covert and overt threats by Hezbollah, threatening all parties involved not to form a cabinet without them. Muhammad Ra’ad has already said that Hezbollah seeks coexistence and national unity and warns of calculations and political misconduct mistakes.[1]

In Nasrallah’s speech, which is expected to take place on May 18, 2022, he will likely address the election results, delivering implicit threats threatening all players in the political system not to ignore Hezbollah’s power and position in forming the new cabinet.

Iran responded to the election results with a statement that it “respects the Lebanese people.” Nonetheless, there is nothing to get optimistic about. The influence of the Shiite axis on Lebanon will not weaken. Hezbollah will continue to control the state of Lebanon. It should be reflected that the political field is not the main issue for Iran and Hezbollah in Lebanon. The military infrastructures operating under the Jihad Council and the civilian infrastructures operating under the Executive Council are the main issues important to Hezbollah. They’re not affected by the election. The “Resistance Society” (the Shiite base) will continue to support Hezbollah and in practice, numerically speaking, it constitutes the majority in Lebanon today (not reflected in the House of Representatives because of the Taif agreement of sectarian division of the centers of power).

* All results are accurate at the time of this writing.