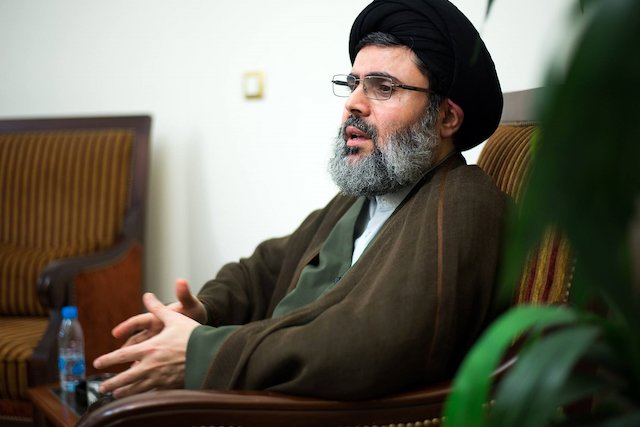 Safi al-Din was born in 1964 in the town of Deir Qanoun En Nahr in southern Lebanon to a well-known Shiite family in the area. In the 1980s, Safi al-Din set off to Qum, Iran, with his cousin, Hassan Nasrallah, in favor of religious studies. In 1983, he married the daughter of Muhammad Ali al-Amin, a member of the Legislative Assembly of the Shiite Islamic Council in Lebanon. In 1994, Nasrallah appointed Safi al-Din to assume the position of head of Hezbollah’s Beirut area. In 1995, Safi al-Din took over the Jihad Council in charge of Hezbollah’s military activity and began serving as a member of the Shura Council. In 1998, al-Din was promoted to be in charge of the Executive Council and was considered Nasrallah’s number two and designated successor.

Various sources debate when Safi al-Din was officially marked by the Iranians as Nasrallah’s successor. The earliest of these dates indicates that his future position was determined already in 1994. Safi al-Dinwas marked as early as the 1980s along with Nasrallah, Imad Mughniyeh (Hezbollah’s military commander who was assassinated in Damascus in 2008), and Nabil Qaouk (who served as Safi al-Din’s deputy in the Executive Council but was ousted from his position for an unknown reason) as the organization’s future leaders.

Safi al-Din regularly participates in almost every major event related to the activities of the Executive Council: Education, Heritage Culture, etc. Safi al-Din appears to be leading the promotion of Hezbollah’s Iranian identity. A good example of this can be seen at a ceremony held on June 28, 2019, in the city of Nabatiya in southern Lebanon. The ceremony marked the opening of the summer activities of the Executive Council and featured the personality cult of Iranian Supreme Leader Khamenei. At the end of the ceremony, the attendees chanted the “Hymn of the pledge of allegiance” to the jurisprudence sage (waly ‘al-fiqh) Imam Khamenei. The content of the song expresses first and foremost commitment and loyalty to Iranian leader Khamenei (“We love loyalty, in a big voice we will pray, for Ali Khamenei“).

See the link to the wedding video between Zainab and Rida

In addition to his official duties, Hashem Safi al-Din also takes care of his household and large clan. Safi al-Din serves as CEO of a nonprofit association registered with the Register of Associations in 1998 called “رابطة آل صفي الدين ففي الدين فففي الدين ففي جميع المناطق اللبنانية” (“Safi al-DinFamily Association in Lebanon”). The association members are members of Safi al-Din’s family, and its objectives are to help the Safi al-Dinclan with their needs, strengthen the relationship amongst them, help the poor family members and donate money towards their studies. The association’s number is 3620/2, and its center is in the city of Tyre. We would not be surprised to find out that this association is also used by Hezbollah, among other things, as a conduit for money laundering and financing terrorist activities. Safi Al-Din himself has been under US sanctions since 2017.