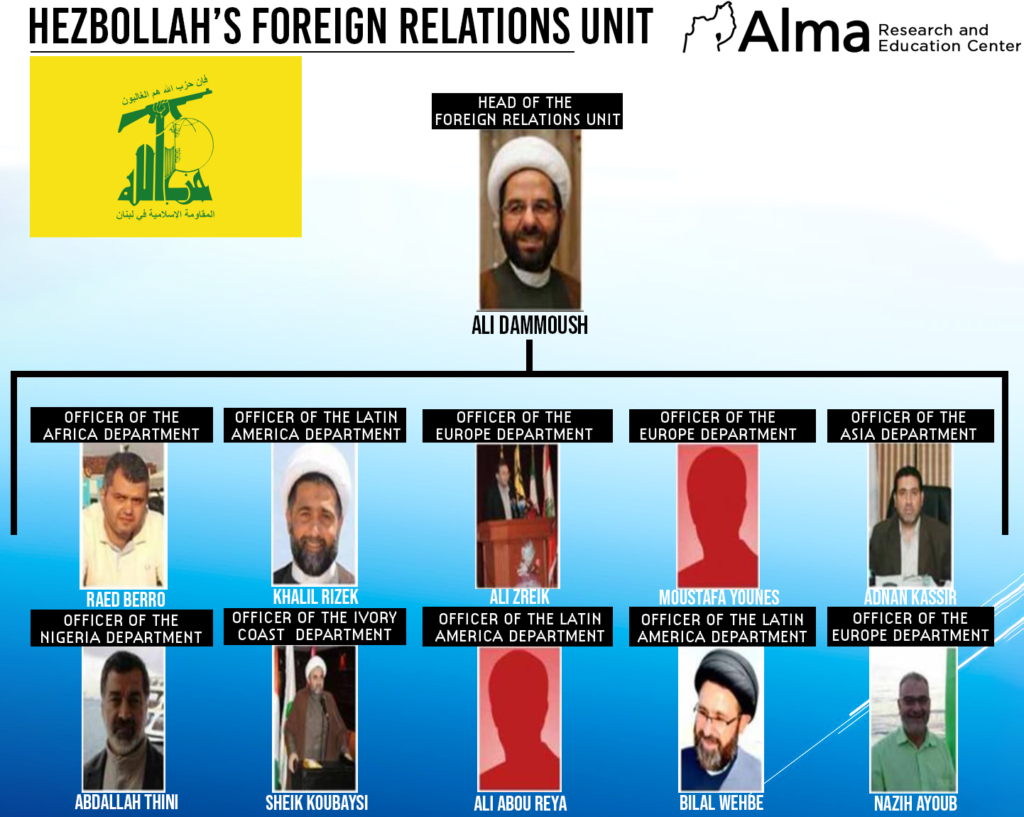 The Foreign Relations Unit of the Executive Council serves as Hezbollah’s “Ministry of Foreign Affairs” and works with governmental bodies, parties, etc. In addition, its main role is to assist Hezbollah members abroad, including members of the terrorist organization 910 and similar groups. In addition, it organizes demonstrations in support of Hezbollah and Iran abroad.

As far as we know, Ali Daamoush (deputy head of the executive council) formally headed the unit. In recent years Khalil Razik may have served as its de facto commander. Khalil Razik is responsible for ties with Latin American countries.

Besides Latin America, the unit operates in Africa in general and in the ivory coast and Nigeria in particular, Asia and Europe. The unit’s operating arenas are compatible with the operating arenas of Hezbollah’s terrorist infrastructure. In addition, we are familiar with the unit’s involvement in Hezbollah’s activities in Syria.